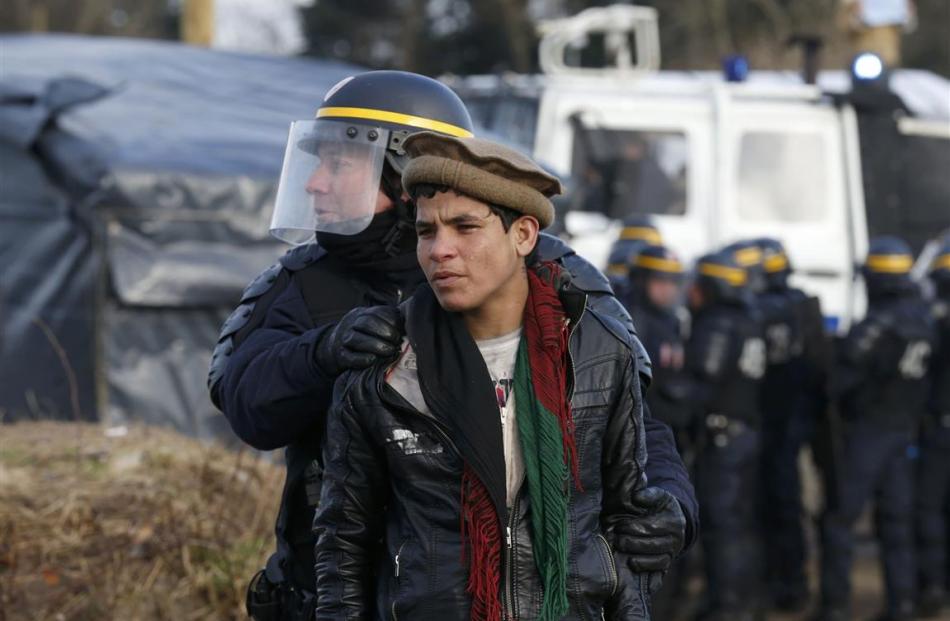 A French CRS riot policeman apprehends a young Afghan during a protest by migrants against the partial dismantlement of the camp for migrants called the ‘‘jungle’’, in Calais in February. Photos from Reuters. 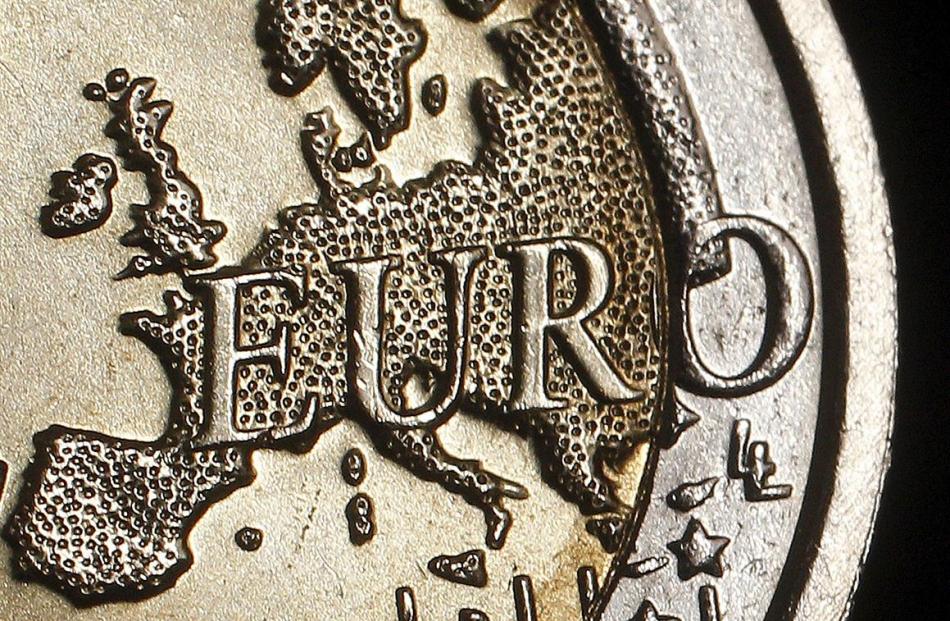 The map of Europe is featured on the face of a €2 coin. 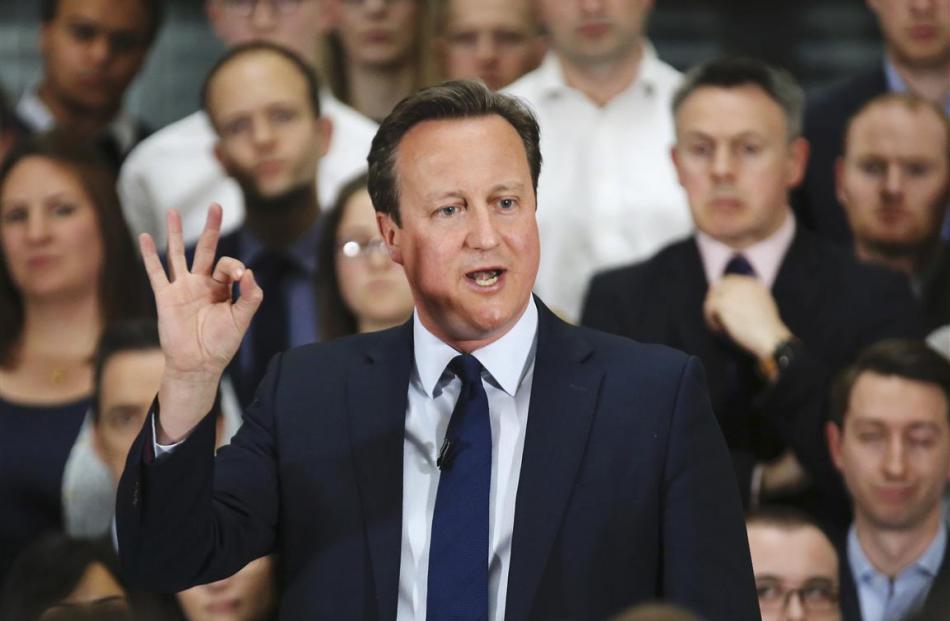 The most immediate threat is Brexit (British + exit), the possible result of the Yes/No referendum on British membership in the EU that is scheduled for June 23.

Prime Minister David Cameron promised this referendum three years ago, mainly to placate the anti-EU faction in his own Conservative Party, but it is coming at a particularly bad time.

Mr Cameron doubtless calculated that the referendum would produce a large majority for staying in, which seemed a safe bet at the time.

But the vote is actually being held at a time when many English people are upset by the large flow of immigrants into the United Kingdom and blame it on the policy of free movement for EU citizens.

That is only half-true: only half the foreign-born people settling in Britain are EU citizens who come by right. The rest are legal immigrants from other parts of the world, also attracted by the relatively prosperous British economy.

But the half-truth that it's all the EU's fault has been vigorously promoted by the right-wing papers that dominate the British media scene.

The million-plus wave of refugees that has surged into the EU in the past year feeds the British panic even more, although Britain still controls its own borders and none of them can enter the UK unless London consents.

And Mr Cameron, who is leading the campaign to stay in, has been gravely damaged by the fact that his father's firm (in which he held shares) has been mentioned in the ‘‘Panama Papers''.

The result is that the polls now show the ‘‘Leave'' and ‘‘Remain'' sides almost neck-and-neck.

The refugees are a much more concrete problem for most other EU countries. The vast majority of them enter the EU through Greece and Italy, but they almost all want to travel on to the richer EU countries - which, with the admirable exceptions of Germany and Sweden, want nothing to do with them.

This is rapidly leading to a breakdown of the ‘‘Schengen'' agreement, by which all the EU members except the United Kingdom and Ireland abolished their border controls with other Schengen countries. New border fences are now springing up everywhere as EU members try to keep the migrants out.

Dissent with EU policies is rife as some Eastern European countries refuse to accept any refugees at all, and ultra-nationalist parties are growing in strength almost everywhere.

In Hungary, and now in Poland, they have even come to power.

Then there is the euro, the common currency shared by 19 EU countries, including all the big ones except the United Kingdom.

It was a bad idea from the start, because a single currency without a single government behind it cannot deal effectively with big issues like debt and inflation.

It was bound to end up in trouble as the economies of the member states diverged, and the Greek crisis last year was just the first of many.

This is a currency that has no future in its present form.

So: three separate problems, none likely to be fatal to the EU on its own. The EU survived with separate national currencies for four decades before it adopted the euro; it could do so again.

The Schengen treaty was a nice idea, but not essential to the Union's smooth functioning. And Britain's departure could be nothing more than a spectacular act of self-mutilation.

It's the fact all these crises are hitting together that endangers the EU's very existence.

The only immediate and certain consequence of Brexit would be Scotland's secession from the United Kingdom (so it could stay in the EU), and nobody would have much sympathy for England's post-Brexit difficulties.

But the walk-out of the country with the EU's second-biggest economy would trigger a political earthquake.

The various populations of the EU are seething with dissatisfaction about immigration and refugees, about the euro, about all the compromises and bureaucracy that must be tolerated to keep a 28-country ‘‘community'' going.

Mini-Trumps are cropping up everywhere, offering radical solutions that usually include an explicit or implicit commitment to leave the Union.

It could snowball. Where Britain (or just England, really) breaks trail, others might follow. We could end up with a severely shrunken EU, back down to the original six members plus a few others, while the countries of Eastern Europe get used to being once more the buffer between Russia and the West.