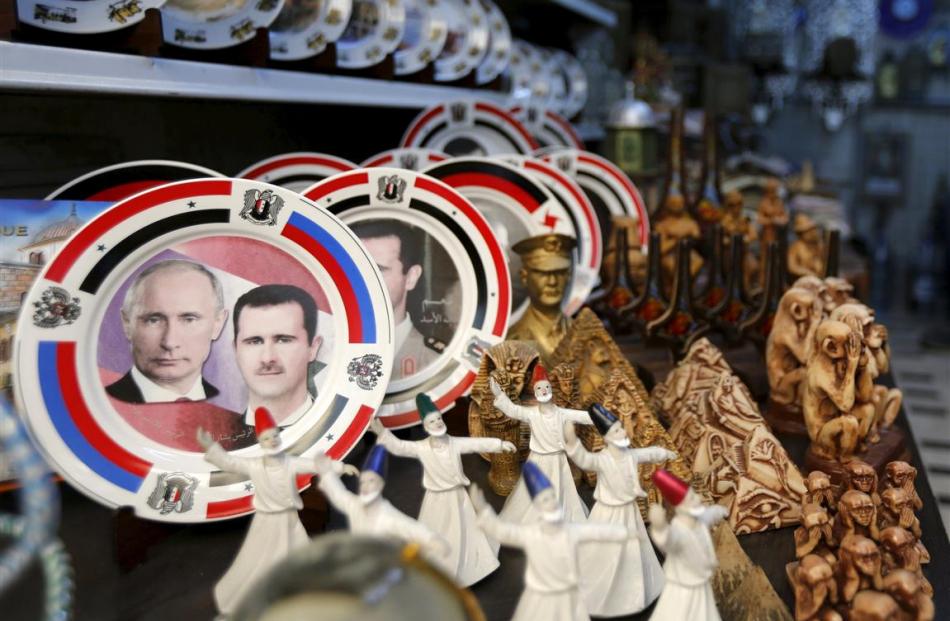 "Everyone should have listened to the Russians a little bit more than they did.''

Brahimi was referring to the Russian offer in 2012 to end the growing civil war in Syria by forcing the country's dictator, Bashar al-Assad, to leave power. The Russian proposal went before the UN Security Council, but the United States, Britain and France were so convinced that Assad was about to fall anyway that they turned it down. Why let the Russians take the credit?

So Assad is still in power, several hundred thousand more Syrians have died, and millions more have fled. But Brahimi's comments are still relevant, because the Russians are still right.

Finally, very reluctantly, the US is coming around to the long-standing Russian position that the secular Baathist regime in Syria must survive, as part of some compromise peace deal that everybody except the Islamist extremists will accept (although nobody will love it).

Such a deal back in 2012 would have involved the departure from power of Bashar al-Assad himself, and it could still do so today. He's mostly just a figurehead anyway. He was living in England, studying to be an optometrist, until the death of his elder brother made him the inevitable heir to the presidency his father, Hafez al-Assad, had held for 30 years.

It's the Baathist regime's secular character that makes it so important. Its leadership is certainly dominated by the Alawite (Shia) minority, but it has much broader popular support because all Syria's non-Muslim minorities, Christian and Druze, see it as their only protection from Islamist extremists. Many Sunni Muslims, especially in the cities, see it the same way. They also see it as the one Arab government in the region that has always defied Israel.

The deal that the Russians could have delivered in 2012 would have ditched Bashar al-Assad but left the Baathist regime in place, while compelling it to broaden its base, dilute Alawite influence, and stop torturing and murdering its opponents. An over-confident West rejected that deal, while its local "allies'', Turkey and Saudi Arabia, gave weapons and money to the Islamist rebels who aimed to replace the Baathists with a Sunni Muslim theocracy.

Fast forward to 2015, and by mid-summer the Islamist forces, mainly Islamic State and al Qaeda, control more than a third of Syria's territory. The exhausted Syrian army is retreating every time it is attacked (Palmyra, Idlib, etc), and it's clear to Moscow that all of Syria will fall to the Islamists unless Russia intervenes militarily. So it does.

When the Russian air force started attacking the Syrian rebels on September 30 last year, Western propaganda went into high gear to condemn it. Russian President Vladimir Putin "doesn't distinguish between Isil [IS] and a moderate Sunni opposition that wants to see Mr Assad go,'' said US President Barack Obama. "From [the Russian perspective], they're all terrorists, and that's a recipe for disaster.''

All America's sidekicks said the same thing. "These [Russian] military actions constitute a further escalation and will only fuel more radicalisation and extremism,'' said France, Germany, Qatar, Saudi Arabia, Turkey, the US and Britain in a joint statement on October 2.

The Russians simply ignored the Western propaganda and went on bombing until they had stopped the Islamist advances and stabilised the front. Then they proposed a ceasefire.

The brutal truth is that there is no "moderate Sunni opposition'' in Syria any more. Almost all of the remaining "moderate'' groups have been forced into alliances with al Qaeda's local franchise, the Nusra Front, and the deal the Russians might have brokered in 2012 is no longer available. The ceasefire they proposed in late 2015 deliberately left the Islamist groups out, and the US (better late than never) went along with it.

That ceasefire has been in effect for more than three months, and although there are many violations, it has significantly lowered the level of violence in Syria.

In the longer term, the Russians might be able to produce sufficient changes in the Baathist regime (including Assad's departure) that some of the non-Islamist fighting groups might break their alliances with al Qaeda and accept an amnesty from Damascus.

Maybe even the Islamist-controlled areas can be re-conquered eventually. Or maybe not: it's a bit late for a peace settlement that preserves Syria's territorial integrity.

But at least the US State Department has finally abandoned the fantasy of a "moderate'' rebel force that could defeat both the regime and the Islamist rebels, and instead is going along with the Russian strategy.

Russian Foreign Minister Sergei Lavrov has wisely given US Secretary of State John Kerry equal billing in the ceasefire initiative, and there has been no crowing in Moscow about the Americans finally seeing the light.

Great states never admit mistakes, so there will be no apology from Washington for all the anti-Russian propaganda of the past year. But it is enough that the US Government has changed its tune, and that there is a little bit of hope for Syria.