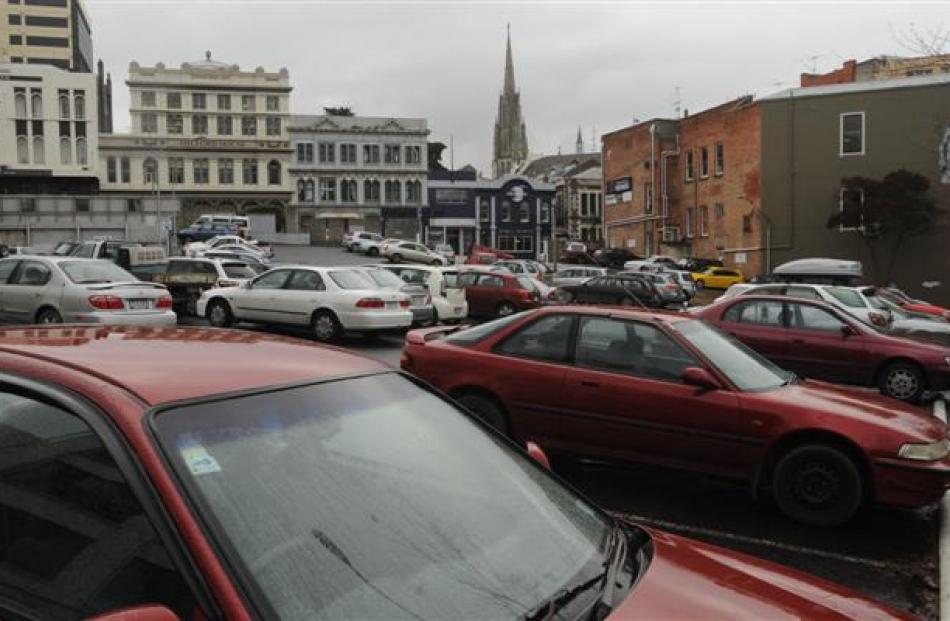 The Dowling St car park, as you probably know, is a bomb site flanked by businesses specialising in jogging, Les Mills Gym for the vertical and La Maison for the horizontal.

Patrons of these establishments are engaged so briefly that they are unaware the car park has a four-hour limit. However, as a busy professional man who uses the park from time to time, I am well aware of the restriction.

It was only a couple of years ago that one day my workload suddenly extended beyond four hours and I was consequently served with a ticket and obliged to pay a $40 fine.

Worrying, perhaps unnecessarily, that work pressure may lead to a similar elongated day in the future, I rang the Dunedin City Council (the ugly "you are speaking with" seemed to be the training manual phrase of the day) and asked the young lady if I would get a ticket if I moved the car at the end of four hours, drove round the block, and parked back in the car park for another four hours.

"Oh, no. You wouldn't get a ticket if you moved the car," she chirruped.

Such is the pressure of work in these difficult times, it was only last week that once again I was obliged to spend more than four hours in the office. I hurried to the car park intending to follow the advice I had received from the council and take the vehicle round the block before feeding the meter again.

Surprise! There, next to my car, astride his motor bike and basking in the mid-afternoon winter sun which sneaks into that corner of the car park, was a parking warden.

I had never actually spoken to a parking warden but it seemed churlish not to have a word or two.

Unlike most servants of the ratepayers he wore no name badge, but I think of him as Jack. His willingness to discuss parking bylaws at length reminded me of a Jehovah's Witness responding to an idle query about the meaning of life.

To my suggestion that I would drive round the block and take up a position again in the car park, he shook his head.

"No. Four hours is four hours and you've had them. You'll get a ticket. Maybe not a big one. There's various types. Big fine for not paying at all. Smaller fine for being a bit over time and so on."

I interrupted the fascinating insights into the working of the fines system by letting on that the people at the city council desk had told me I wouldn't be breaking the bylaw if I moved the car before re-parking.

"Oh, that lot. They wouldn't know. There's only one girl there that knows anything about it. The rest have got no idea. You see ..."

Time was pressing, so I politely excused myself from a full rundown of parking meter philosophy and asked if it would be OK if I moved my car about 10m from the sanctum of the car park to the hurly-burly of Dowling St itself.

"Yes, that's OK," muttered Jack, with the disappointed air of the fisherman who has seen one get away.

"Just out of interest," I asked, "If you hadn't been sitting here and I had simply gone round the block and re-parked with a new ticket, how would you know I'd already done my fours hours?"

There was a pause and Jack adopted that glazed stare typical of those who see problems ahead, like the cardinal asked to explain the virgin birth. I almost expected him to say, "We have our methods," but his grim silence sent practically the same message.

As I turned to the car, I asked, "Why four hours?"

I waited no longer, but moved the car into Dowling St and fed the meter.

Jack puttered past with no nod or wink of acknowledgement. There was no need to worry about me for another four hours at least.

Instead, his eye was fixed on a Toyota outside the Garrison Hall which his arcane powers told him was on an expired meter. He had a job to do and with an unexpected shortfall of $8 million, his overlords at the city council will be grateful to Jack for every $40 he brings in.

- im Sullivan is a Dunedin writer.