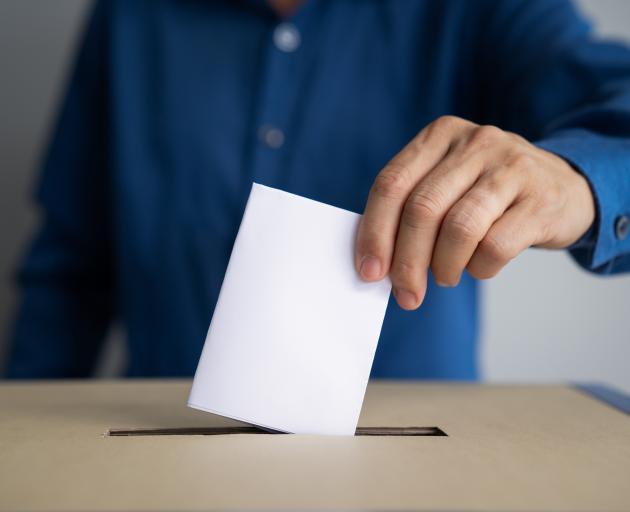 Parliament has decided this issue is so important the usual process of representative democracy should not apply and that the people must decide. PHOTO: GETTY IMAGES
New Zealanders must carry out their  due diligence before voting in this year’s referendum on euthanasia, writes Peter Sara.

Wise choices — how important. In relation to the choices in the forthcoming referendums, how do we make the wisest choice?

"Members of the jury, the task before you is to be satisfied beyond reasonable doubt. It may be that the evidence before you is so clear that you are convinced about the guilt of the accused; you are certain because the evidence is overwhelming. In that case, your clear duty is to deliver a guilty verdict. On the other hand, you may be convinced about the innocence of the accused, again on the basis of the evidence before you. In that case, your verdict must be ‘not guilty’. But between these extremes, you may find yourselves in a grey area where you are simply not convinced either way; either as to the guilt or innocence of the accused. That, members of the jury, is what reasonable doubt is. You must be sure that the accused is guilty. If you are not sure, the prosecution has failed to prove its case to the high standard of proof which the law requires. Therefore, the accused must be acquitted; found not guilty."

So goes an address to the jury in all criminal cases in New Zealand, or one like it.

This high standard is required under our law because conviction of a criminal offence is one of the most serious outcomes for a person and we expect under our system of "rule of law", that this standard will apply to everyone in all cases at all times. It is a marker of a free and just society.

My point is that, for some decisions we make in life, we need to be satisfied beyond reasonable doubt, apart from sitting on a jury in a New Zealand courtroom.

But what situations require such an exacting standard of forensic diligence? I suggest that there are very few of these. It is obvious that we don’t need to be satisfied to this extremely high standard when choosing which car to buy or even which political party to vote for.

In fact, most decisions require much less. We can make reasonable decisions without being certain that we are making the right one. And we make these decisions every day.

I propose that the very special standard of proof we demand in our country also applies to matters of life and death. I submit that the proposed euthanasia law is a matter, literally, of life and death. The decision required of each of us in the forthcoming election requires no less than being satisfied beyond reasonable doubt that the law should be passed. It is not sufficient, I suggest, that the law appear to be a good idea. Just as juries are warned about the risks of bias and being swayed by emotion, so too should we be certain.

Parliament has decided that this responsibility is too great and so important that the usual process of representative democracy should not apply. We have to decide. The matter of life and death is in our hands.

This is not a debate where techniques or clever and persuasive arguments should carry the day. It is a matter of evidence. Are we persuaded on a clinical appraisal of the evidence that this law is necessary and justified?

Remember the flag debacle of the previous government? In order to sway our vote, notable people were roped in to promote the flag. This, I suggest, is the kind of evidence we should reject. Who cares what the captain of the All Blacks thinks about a political issue? Likewise, what so-called public opinion polls have to say, or social media, should not displace the judgement we will be called upon to make. All lives matter more than flags. The flag vote was a colossal waste of money, but no lives were lost.

It has been proposed that we make a list of the pros and cons about the referendums’ issues and our choice be determined by which side of the ledger has more. This is a good approach for the cannabis issue. But a verdict based on such "a balancing exercise" regarding the end-of-life decision will likely fall short of the standard needing to be satisfied.

When we come to post our vote on this issue, let us have done due diligence as individuals and come to a position of being sure ourselves. Since we are committing future generations to the consequences of our choice, we must be sure.

- Peter Sara is a Dunedin lawyer.