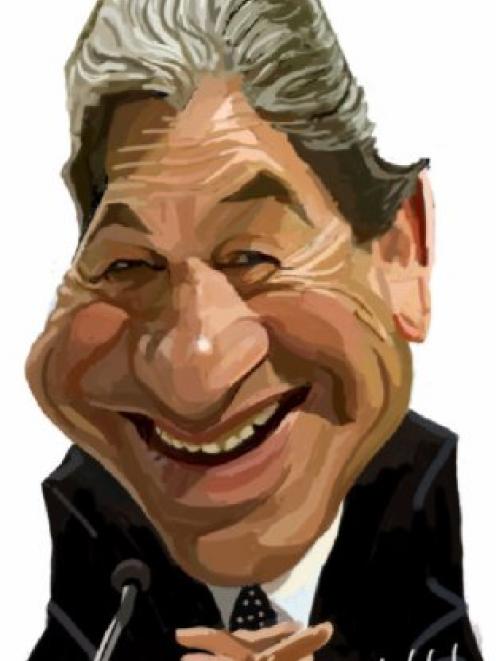 Winston Peters
Superannuation has been in the news again and Garth George has views on the subject.

A week or two ago, newspaper columnist Brian Gaynor suggested if the Labour Government's compulsory superannuation scheme introduced in 1974 had been allowed to continue, it would "be worth more than $240 billion today and would have transformed the New Zealand economy into a world-beater over the past 30 years".

I had to laugh. If Mr Gaynor thinks that fund would have survived the light fingers of successive cash-strapped governments over that time, I'm afraid he's a bit naive.

Even the thrifty Michael Cullen's New Zealand Superannuation Fund lasted less than a year after his reign ended when this National Government cut its contributions to the bone.

As it happened, the 1974 compulsory super scheme lasted just 37 weeks after New Zealand's most notorious prime minister, the late Robert Muldoon, won the 1975 election in a landslide after offering what has been described as the biggest election bribe in our political history.

In the election campaign, Mr Muldoon promised national superannuation payable to couples at 80% of the average ordinary wage, and at age 60.

That campaign will always be remembered for the infamous "Dancing Cossacks" television advertisement, which National's advertising gurus designed to sow fear in voters' minds that Labour's compulsory superannuation scheme could lead to Soviet-style communism.

National super has been in the news again lately after the Retirement Commissioner, Diana Crossan, suggested the Government needed to raise the age of entitlement from 65 to 67 to avoid a major fiscal crisis.

But - and this is where I laughed out loud - these shouldn't start until 2020, and then only in two-month increments until 2030.

Some crisis, eh? For me it carried echoes of 1991 and the "Mother of All Budgets" brought down by the viciously far-right finance minister, Ruth Richardson, who raised the age of entitlement to super to 65 from 60, stretched over a period of years, froze the payment levels and brought in a tough means test.

I was 51 at the time, already looking forward to the pension at 60, and Ms Richardson's budget caused me to vote Labour at the next election for the first, and only, time in my life.

But that budget had ramifications far beyond just superannuitants and those looking forward to a state pension.

Winston Peters was soon afterwards sacked from the cabinet for arguing against cabinet policy and was refused re-selection as a National candidate a year later.

His revenge was to found New Zealand First - and change the political landscape for years to come.

Ever since, Mr Peters has been a champion of the elderly, and despite all the uncomplimentary things I've said about him through the years, I salute him for that.

The worst of Ms Richardson's budget measures didn't last - and nor, thank God, did she.

I have no argument with raising the retirement age because I stayed in full-time work until I was 67.

Nor do I have any problem with means-testing super for those with cash reserves or investments of more than, say, $250,000.

However, when it comes to the argument that the major problem with national super is the increase in the number of 65 and more-year-olds as a proportion of our population, I want to vomit.

I wonder if it occurs to any of these doomsayers - invariably comfortably well-off folk in middle age and younger - that between April 24, 1974, and the end of last year, more than 409,000 potential New Zealanders have been slaughtered in the womb by state-paid abortionists at the cost of tens of millions of taxpayer dollars.

That is the equivalent of the entire populations of Whangarei, New Plymouth, Gisborne, Wanganui, Palmerston North, Nelson, Greymouth, Hokitika, Ashburton, Timaru, Oamaru, Queenstown and the Lakes district, and Gore.

As the pro-life organisation, Voice for Life, points out, the babies aborted in 1974 would now be 36, many would be married with young families, contributing to the economy and building a future for themselves and their children.

As would any number of others who were never given the chance.

Those aborted between 1980 and 1990, for instance, would now be in their 20s, many of them productively contributing to society and the economy.

The law of unintended consequences results, according to my research, from, among other things, perverse incentives, human stupidity, self-deception, failure to account for human nature or other mental or emotional biases.

If there were ever a perfect example of that law, it is in the murder over 36 years of 409,221 potential New Zealanders in hospitals and clinics, part of a system described by the Ministry of Health as a core health service.

No wonder we are suffering a dire shortage of young New Zealanders preparing to take over the reins of the nation's institutions, business, industry and government when we oldies hand them over and qualify for the pension.

- Garth George is a retired editor. He lives in Rotorua.