In our lifetime we become attached to certain items. Despite living in the so-called age of consumerism and disposability, there is still nostalgia for the old and proven.

Cars are a good example. It is more than 100 years since the advent of Henry Ford’s model T’s which profoundly transformed the way people lived. Not infrequently beautifully maintained vehicles from those early decades are still seen on the highways and byways of New Zealand travelling slowly but driven proudly by their owners. The big gas-guzzling cars from the years of American prosperity in the 1950s and ’60s are still in evidence, especially at weekends on the roads of Otago and Southland.

What I have increasingly cherished for 37 years is a modest Lawnmaster lawnmower that was manufactured in Wisconsin, United States, and is powered by a 3.5 HP engine. I purchased this in Temuka in the summer of 1983. This was at a time when Glenn Turner was entering the final year or so of an impressive cricketing career. Margaret Thatcher was basking in the aftermath of Britain’s Falkland Islands military campaign, Ronald Reagan was in his first term as president of the United States and Rob Muldoon reaching the end of his time as prime minister of New Zealand.

During the 37 years that have elapsed since its purchase, this country has had in the vicinity of 10 prime ministers — incumbent Jacinda Ardern was barely 2 years of age back then.

It has been tested on a number of lawns of varying quality and contours. On a hot, dry summer’s day it could raise a mini dust storm with the blade occasionally shuddering on impact with a submerged rock or tree

root. Late autumn and winter could be challenging with damp, heavy conditions. The height of summer was great when it skimmed effortlessly across all surfaces.

As the years went by, starting the engine became increasingly challenging. Eventually, when started, it would roar into life but it was often enveloped in a large plume of fumes and smoke which took several minutes to disperse. In all probability the nation’s emissions limits in those days may well have been exceeded.

With age there was a notable increase in noise levels and vibrations that seemed slightly reminiscent of a rocket poised to launch. Sometimes, I felt sorry for the bees hurriedly fleeing daisy tops on the approach of this monstrous threshing machine.

However, the freshly cut lawn soon attracted an influx of birds voraciously feeding off the worms, grubs and other insects that were dislodged by the mower’s thunderous movements.

Increasingly, the mower seemed dated and unreliable. Perhaps its time had come. Maybe it would be better to buy a battery-powered mower and join the green revolution. A family group conference was convened but no consensus reached.

On the brink of deciding to mothball it, I fired it up one final time.

Surprisingly, it activated immediately and aware perhaps of its imminent demise swept nonchalantly across the lawn with renewed vigour and purpose. We toasted old faithful that night. A recent service check was carried out by the friendly staff at a mower shop in Dunedin. There was even a comment to the effect it was in good nick. This raised my spirits considerably. No more reassurance was needed. The aim now is to reach 40 years.

My humble advice simply is, don’t be quick to dispose. Like good wine, my lawnmower has matured. The key is regular servicing. Look after it and who knows where the story will end. The journey so far has been fascinating.

Although I am reluctant to admit it, my wristwatch is even older! 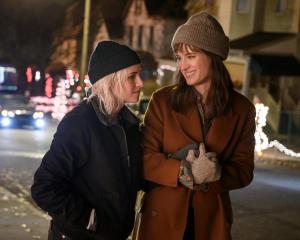