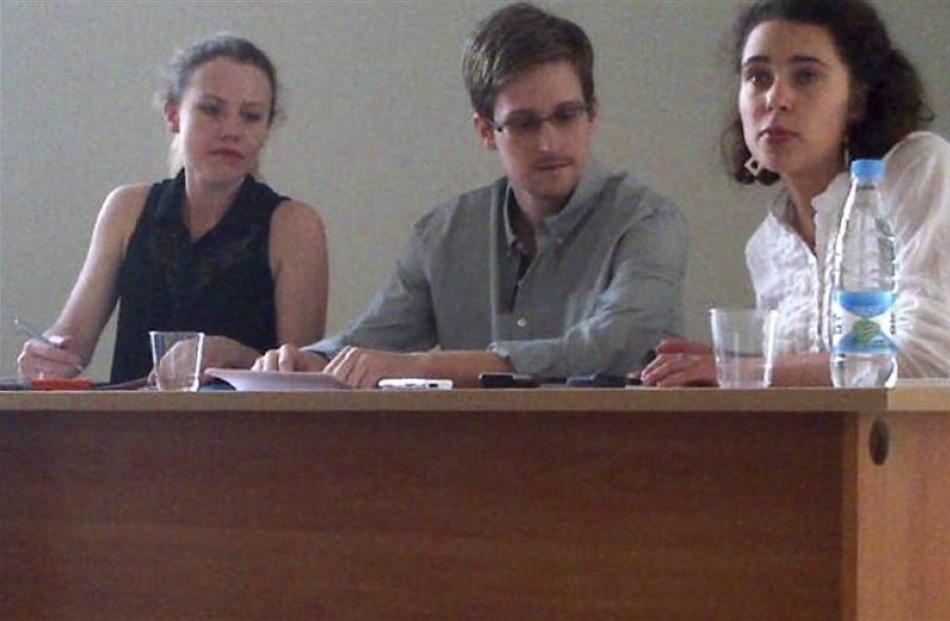 Edward Snowden, a former contractor to the US Central Intelligence Agency, has been trapped in the transit lounge of Sheremetyevo Airport in Moscow for more than two weeks, while the United States Government strives mightily to get him back in its clutches.

It even arranged for the plane flying Bolivian President Eve Morales home from Moscow to be diverted to Vienna and searched, mistakenly believing that Snowden was aboard.

Former US army intelligence analyst Bradley Manning is already in the US Government's clutches.

Having endured 1100 days of solitary confinement, he is now on trial for ''aiding the enemy'' by passing a quarter-million US embassy messages, Afghanistan and Iraq war logs, detainee assessments from Guantanamo and videos of US attacks in Afghanistan and Iraq to the WikiLeaks website.

These two American whistle-blowers have a lot in common. They are both young idealists who had access to the inner workings of the US ''security community'', and were appalled by what they learned.

Their intentions were good, but their fate may be harsh. (Bradley faces life in prison without parole.)

And there is one big difference between them.

Bradley, the more naive of the two, was shocked by facts that more experienced observers take for granted: that governments, including the US Government, routinely lie to their citizens, their allies, and the world, and that armies at war, including the US army, sometimes commit terrible crimes.

So he published a mountain of evidence that substantiated those lamentable truths. That greatly angered the US Government, and he will probably pay a heavy price for it.

The US Government wants its secrets, especially the most shameful ones, to stay secret, and its extraordinary vindictiveness towards Manning is intended to deter others from blowing the whistle.

Edward Snowden, on the other hand, has exposed something that even experienced observers did NOT take for granted: that the US Government has created a massive apparatus for discovering everybody else's secrets.

Under the cover of the ''war on terror'', it has been secretly trawling the telecommunications networks of the whole world for information not just on terrorism, but on any other subject that affects its interests.

Never mind the hypocrisy of this. (American secrets are sacred, but the United States has the right to know everybody else's.) It's the sheer scale and brazen arrogance of the operation that are so stunning.

Exhibit A is the Prism programme, whose very existence was a secret until Snowden spilled the beans early last month.

This programme, run by the National Security Agency, began in 2007. It collects data from all nine major American internet giants - Microsoft, Apple, Facebook, Google, Skype, etc - and they are not allowed to reveal the fact they are passing the data to the US Government.

In the first instance, it's mostly traffic analysis: who is talking to whom?

But if the traffic pattern sparks the NSA's interest (or if the US Government wants to know the content of the messages for other reasons), then the spies can read the actual messages. And, as you would expect, Prism didn't just stay focused on ''terrorism'' for very long.

The NSA started using its new tools, and some older ones, to spy on foreign governments and companies, including those of America's allies.

''We hack network backbones - like huge internet routers, basically - that give us access to the communications of hundreds of thousands of computers without having to hack every single one,'' Mr Snowden told the South China Morning Post in late June.

US citizens resident in the United States are allegedly exempt from having their messages read without a court order (but the court is secret, too). Unless, of course, American citizens communicate with people living outside the US, in which case they are fair game.

Americans, on the whole, are remarkably untroubled by the NSA's actions.

Almost a million people work in the US security industry, and most of those jobs would disappear if Americans did not believe that ''terrorism'' is the greatest threat facing their country. So the industry works very hard to sell them this fiction, and most of them accept it.

Foreign governments, by contrast, are very angry. The countries targeted by the NSA included not just obvious candidates, such as China and Russia, but US allies such as France, Italy, Greece, Japan and South Korea.

The European Union's embassy in Washington, its office at the United Nations, and even its headquarters in Brussels have been hacked. Latin American targets include not just Venezuela, but Mexico, Chile, Colombia and Brazil. (It's those pesky Brazilian terrorists.)

French President Francois Hollande responded to Snowden's revelations by demanding that the spying ''stops at the earliest possible date - that is to say immediately''.

Brazilian President Dilma Rousseff said that the NSA's actions, if proven, would represent ''violations of sovereignty and human rights''.

But foreign protests will not force a shut-down of the Prism programme. At most, it will be renamed and re-hidden. The US Government gains major advantages by knowing everybody else's secrets, and the million people in the ''security community'' are a huge domestic lobby.

Manning and Mr Snowden have done the world a service by exposing the US Government's illicit actions past and present, but Manning's future is probably life imprisonment, Mr Snowden's a life in exile (if he's lucky). No good deed goes unpunished.