Making my own way through Wonderland 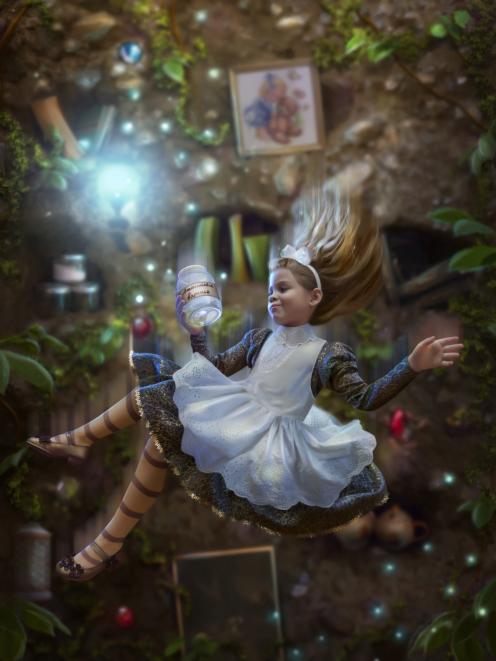 ''I wonder if I've been changed in the night. Let me think. Was I the same when I got up this morning? I almost think I can remember feeling a little different. But if I'm not the same, the next question is 'Who in the world am I?' Ah, that's the great puzzle!''

Alice's Adventures in Wonderland: to most children, an exciting, multicoloured kaleidoscope of eccentric characters and intrepid adventures, from anxious, yet well-dressed white rabbits to murderous, ill-tempered queens hellbent on decapitating anything and everyone. Throw in a few magic cakes, mysterious potions, hookah-smoking caterpillars, secret doors and talking animals and you have the perfect recipe for a classic, amusing children's tale. Yet I still shudder thinking about this book.

I first read Lewis Carroll's tales of Alice when I was about 5 years old, and although my imagination was already peppered with curious characters and stories from the Bible, for some inexplicable reason, Alice's adventures down the rabbit hole and through the looking glass got under my skin. I would lie awake at night, fearing the blazing eyes of the Jabberwocky - to me, a demon from hell, or the first beast from Revelation, with his seven heads, ten crowns, feet of a bear, and mouth like a lion. The nonsensical nature of Alice's wanderings and the illogical mutterings of those she encountered frustrated my stubborn mind. I had nightmares about drowning in an ocean of tears, and later on, when I began to restrict my eating and count calories obsessively, I, too, began to be aware of my size. Cakes and drinks had unwitting effects.

As a master's student in English literature, I am continually asked to evaluate and interpret books by a virtual plethora of critical approaches: formalist criticism, biographical criticism, historical criticism, gender criticism, ecocriticism, psychological criticism and sociological criticism. These approaches are incredibly valuable and multifaceted within themselves, revealing new and exciting layers of interpretation. Yet I find myself more often than not evaluating a book or a poem on how it makes me feel - whether or not it reminds me of some formative experience in my youth, such as my first kiss, or the exhilaration of landing a punch smack in the face of the schoolyard bully.

And perhaps this is a very shallow and selfish reason for loving a book, but to be perfectly frank, I do not care. Books have been my nearest and dearest companions, from the age of 3 when my father painstakingly taught me how to read using flashcards cut out from an old Weetbix box.

I endured bullying in primary school by escaping to the library and into the worlds of Harry Potter and Middle Earth. Jane Eyre taught me the importance of personal strength and autonomy, while Elie Wiesel's account of the Holocaust in Night revealed the depths of human depravity. Richmal Crompton's William books had me in fits of laughter, and I would return to them over and over again, whenever I was confined to bed with the flu or, in later years, depression.

The poetry of John Keats made me yearn for an age that was not mine, made me want to disappear into the green England forests to follow a silent procession.

I think perhaps the real reason Alice's Adventures in Wonderland unsettled me so was because I realised that I, too, would have to encounter silly and arbitrary rules, nonsensical speeches and cruelly authoritative adults as I grew up.

I would have to grapple with the unyielding hands of time, and the bitter reality of death - even if I never had my head chopped off by the Queen of Hearts. I would feel uncomfortable in my own body, and uncertain of my identity, and would find myself shuffled between increasingly absurd situations.

I long for the day when I am able to write something even half as impressionable or evocative as Tennyson's Ulysses, or Markus Zusak's The Book Thief.

And as much as Lewis Carroll's writings make my skin crawl, I wish I, too, could induce my readers to follow me down the rabbit hole.

But I take comfort in at least one sentence from Alice's Adventures in Wonderland:

''For, you see, so many out-of-the-way things had happened lately, that Alice had begun to think that very few things indeed were really impossible.''

-Jean Balchin is an English student at the University of Otago, and was awarded a Rhodes Scholarship to study at Oxford University.