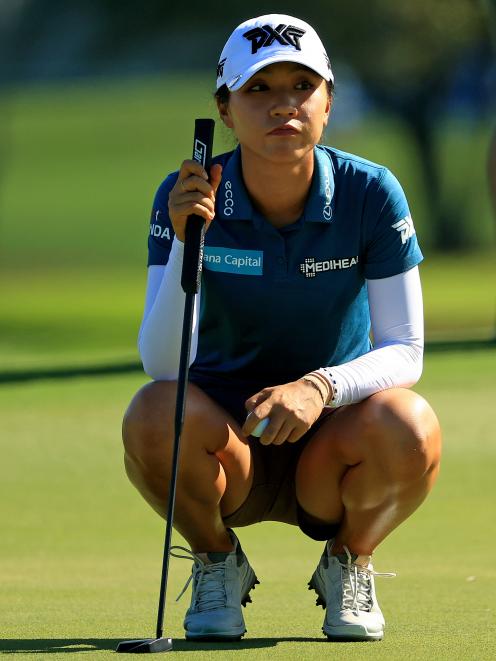 My theory on the Great Washington Revolt is this: President Trump (is the bloke still President today?) secretly signed an executive order that released the inmates of all United States asylums — and bussed every last one of them to the country’s capital for his rally.

Uncle Norm’s Monday column is signed off and dispatched by the previous Friday’s lunchtime. There are times when your Uncle knows the weekend’s news may make Friday’s words irrelevant.

I kept hearing Washington politicians surveying the carnage at the Capitol, and lamenting that “this is not America”.

The unfortunate truth is that actually it is. Pollsters report that 39% of Americans believe the Trump assertion that the presidency has been stolen from him. I don’t believe those figures, but they indicate there are certainly north of 50 million gullibles.

America’s “centre” is not holding. I don’t know at the time of writing what will happen in Washington at the weekend — so I’ll turn to the next letter, knowing it may be quite sane by comparison.

I won’t mince words — I am one of the world’s most famously beautiful women.

My peerless face provides the branding for a huge cosmetics company. I’ve graced many Vogue covers, and earn gazillions modelling on the world’s leading catwalks. (I am in so much demand that I’ve welcomed the break offered by Covid).

My secret problem is that I break wind in bed. While I sleep through these outbursts oblivious, others don’t.

House mates assure me I do not expel malodorous odours. But they say that when I sound off (thrice a night, apparently) the noise is like a rottweiler discovering a kitten. Once, when cast out of a boyfriend’s flat, I sought emergency accommodation at a Women’s Refuge, but was soon ejected. Likewise, The Sisters of Mercy showed me none.

It is impossible to keep men. You’ve no idea of the heartbreak felt when one wakes up, alone again, with yet another “Dear Joan” note stuck to the bathroom door. I’ve tried all the old wife solutions such as avoiding egg sandwiches, but none work. Please can you help me?

While your affliction is extreme, it is common, and was known to ancient medicine as Bombulum Nocte.

Medical News Today says the nocturnal fart may be caused by “swallowing air though the day,” but adds — uselessly, I believe — “swallowing air is not something a person can entirely avoid”. This service suggests you experiment with charcoal tablets or peppermint tea.

Countdown Pharmacies promote a product called De-Gas ($13.99), but I am unsure of its efficacy.

I suggest you confront your problem more directly. Advertise on one of the dating websites. “Attractive woman seeks man who snores” should do the trick.

Last week our golf legend Lydia Ko posted a photo of herself on Instagram captioned with the words: “Quarantine — 13th day.”

Does this mean she’s got Covid? Or is she back here attempting to visit New Zealand?

Her big sister Sura assures me Lydia hasn’t caught Covid, which has struck several players on both the PGA and LPGA golf tours. Rather, she’s visiting friends in South Korea while the tour is taking its mid-winter break. Like New Zealand, South Korea requires a 14-day quarantine on arrival.

Sura says her sister will return to the LPGA tour in March. Which means she’ll miss its first two events in February.

The Broadcasting Standards Authority provided proof of today’s PC madness when it banned the historic use of “Gypsy Day” for May 31 — the date sharemilkers begin moving themselves, their families, and their cows, to new farms.

The authority says TVNZ’s use of Gypsy Day was a “discriminatory” phrase which is “derogatory and evokes prejudicial biases towards the Roma community”.

But where is the Roma community it discriminates against? I’ve never met a Kiwi gypsy.

Nor has Garth Cant, the chap who laid the Gypsy Day complaint. Mr Cant says he’d neither spoken to, or corresponded with, a New Zealand gypsy before or since raising the flag for their cause.

Garth is a retired geographer from the University of Canterbury. He also campaigns against name discrimination towards the Inuits and Sami of polar regions. (Once scandalously called Eskimos and Laplanders).

The campaigner tells Uncle Norm he is “delighted” with the authority’s decision and warns Kiwi media against future use of “Gypsy Day,” which he says is offensive to the reputation of New Zealand.

Zingari cricket teams should tremble, too. Zingari is a rather grand club name used by toffier cricket teams, who band together for gentlemen’s sporting tours. Zingari is also, however, the name for female gypsies.

Hello. 'Gypsy' is an adjective meaning 'untamed'. An unruly lock of hair is 'Gypsy'. This is an improvement on the racist form, 'Arab' curl.

Gypsy is perjorative in the bourgeois sense of non conformist. In other words, a compliment. Romany are the travelling people.