OPINION: Queenstown buckling under the strain 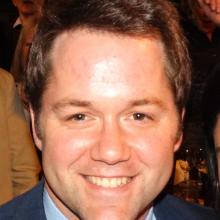 The strain on infrastructure is becoming more and more evident and we need intervention – and we needed it yesterday.

That’s why I’ve been lobbying different ministers, including the Minister of Tourism, requesting this much-needed investment in Queenstown.

It has been my hobby-horse in Wellington for more than a year now.

Queenstown needs investment in infrastructure and I won’t stop knocking until we get it. With a bit of luck, hopefully, the knocking can stop in the near future and my hand will take a break.

Queenstown again has been a standout in 2018 for attracting international visitors and, as the jewel in New Zealand’s tourism crown, needs investment in infrastructure now.

The area is reaching desperation point. For the benefit of both locals and visitors, it is time the government dealt with the issue.

I believe the situation is quite simple – investment in infrastructure would help the area handle the continued rise in visitors, both local and international.

At present, Queenstown is suffocating with the strain on its infrastructure and it is the people who are suffering as a result.

Queenstown is often talked about around keeping tourists happy. But Queenstown residents live here, too.

They are the people who keep the town going and have worked tirelessly behind the scenes to make Queenstown what it is today.

Queenstown is now considered a must-see attraction in NZ, and is unique in the fact 70 per cent of its visitors are international and only 30 per cent are domestic.

It is the opposite of the rest of NZ, where only 30 per cent of visitors are international.

We need to support attracting high-value tourists to Queenstown, which has again proved to be the top destination in the South Island, but this will not be possible unless there is an investment made into Queenstown’s infrastructure.

I am hearing from you, the people of Queenstown, about your frustrations with the way things are at present.

I am also continuously hearing from stakeholders the strain the area is currently under, and that the solution is the much-needed investment in infrastructure.

It’s time there was some sort of investment by this government into Queenstown.

There have been many solutions put on the table, and I have lobbied the Minister of Tourism for some action.

Here’s hoping some sort of intervention is on the horizon.

Yes we need a hospital urgently even the promised cat scanner is not up and ruining after it was promised a year ago. The high school is overflowing yet building of new houses continues unabated

If they can be trusted.

In 1996 a Parliamentary Commissioner for the Environment report warned of the consequences of not planning for tourism, not investing in infrastructure, and not targeting the type of tourists that add most value, using Queenstown as one example. In the intervening decades we've had developers and businesses falling over themselves to make a money out of the area, but no one, it seems, has been actually planning. This is what happens when you get three decades of anti-regulation, anti-control and anti-planning philosophy from successive governments. And now that chickens are coming home to roost we have an MP bleating about infrastructure investment. Don't say you weren't warned, mate. And instead of telling us how you're going to do lots of political grandstanding about investing in infrastructure, lets hear from you about what you are actually going to help it happen. Levy on businesses and visitors perhaps? Oh heavens no--God forbid that those collecting the golden eggs should actually have to pay to keep the goose alive. Got to wonder though what Q'town will look like in another 20 years.