The politics of reproduction

Women dressed as handmaids from the novel, film and television series The Handmaid’s Tale demonstrate at the Capitol building in Washington in June against cuts to planned parenthood in the Republican Senate healthcare Bill. Photo: Reuters.
The department of politics at the University of Otago celebrates 50 years of teaching and research this year. This is the eighth of a monthly series of reflections on politics during the past 50 years. This month, Carla Lam asks what  reproduction has got to do with politics in 2017.

What do Jacinda Ardern’s  publicised reproductive plans, Metiria Turei’s struggle to support her children,  the  popularity of The Handmaid’s Tale, and the viral YouTube video of the BBC interviewee being interrupted by his children have in common? They’re all a part of the politics of reproduction or indications of the different ways in which men and women are considered members of society. 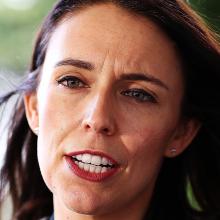 The idea of politics (and the public sphere itself) is profoundly gendered in liberal democracies. Politics is implicitly considered a man’s game that women play to the peril of their femininity (read: reproductive lives).  By contrast, men’s reproductive roles are largely perceived as at best secondary and at worst wholly irrelevant to their social status. Feminism is concerned with the different ways  men’s and women’s biological and social roles are structured and held in place.

Reproduction is a matter of politics, economics, law, culture and everything else that shapes daily life.  Such roles are in need of constant reinforcement through our conjoined public and private beliefs and actions.  The media and popular culture have a significant role to play in challenging and maintaining our social and political worlds.  They can be a barometer of anxieties, and a harbinger of change — indicating what’s possible and what is unthinkable in the collective imagination.

The Handmaid’s Tale,  a dystopic novel written by Canadian author Margaret Atwood in 1984, came from a different moment in the history and politics of reproduction, and its time has come again.  Remade as a popular  television series this year, it is a satirical portrayal of a future United States renamed "the Republic of Gilead" where infertility is the major national issue. 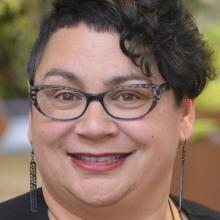 Metiria Turei.
Handmaids are the few remaining fertile women forced into sexual slavery to wealthy officials and their wives.  Every aspect of women’s bodies and reproduction are strictly regulated by the state.

We’re used to thinking about politics as what goes on in parliaments and voting booths, but political theory as a subfield of politics broadens that definition to include meaning-making practices. Feminism, from its beginnings, was about the "personal is political" —  a major slogan which argues that personal experience is not isolated, individual, or undetermined, but social, political, and systemic. Modern feminism addresses women’s and men’s most basic right to make meaningful decisions about their bodies and lives, and to have the sociopolitical and economic support to act on them without danger.

Reproduction goes to the heart of the "personal is political".  It is still associated more with women than men and the separate spheres idea of classical liberalism is alive and well.  In action this means it’s still considered an "add-on" if women do things other than care for bodies and people — highlighting the central importance of reproductive justice and rights in free societies. Nineteen sixty-seven was an important year for feminism, with the repeal of abortion laws in the  US and UK.

The legal amendments  decriminalised abortion in certain cases, including  permanent mental/physical disability of either child or mother, or in cases of rape or incest.  It was the landmark decision of Roe v Wade (1973), however,  that granted women the right to abortion in the US, and  legalised abortion nationwide, and for a time it was government-funded as part of comprehensive healthcare services provided to low-income women. Perhaps most importantly, Roe v Wade — for the first time —  recognised abortion as a question of the pregnant woman’s right to privacy. The ’80s ushered in the conservative eras of Margaret Thatcher and Ronald Reagan, which entailed the erosion of  reproductive wins in the social and legal realms.  Ronald Reagan became a fitting representative for the pro-life movement that was a reaction to the Roe v Wade decision.

The now common language of reproductive "freedom" and "choice"  (as well as the misleadingly  labelled "pro-life" versus "pro-choice" factions) emerged from this  volatile period in North America.

This political hotbed gave rise to The Handmaid’s Tale, published in 1985. As Atwood was writing in 1984, anti-abortionists were bombing and setting fire to abortion clinics, legal abortions were cut off from funding, and a number of states passed laws restricting not only legal abortion but the provision of abortion information. In Canada, the outspoken abortion advocate, Dr Henry Morgentaler, had just been charged again (1983) with criminal activity.  It wasn’t until 1988 that the Canadian Supreme Court struck down the abortion law as unconstitutional.

The 21st century has already been marked by staggeringly significant historic firsts in politics including the first black president of the US, whose healthcare reforms broadly supported reproductive health and freedom under Obamacare. Many of us are still recovering from the near possibility of having the first woman in that highest seat of power. Hillary Clinton was explicitly supportive of Roe v Wade and women’s right to choose, while her winning opponent ran on a platform of confused and inconsistent views on abortion.

Donald Trump has changed his mind about abortion from being pro-choice in 1999, to against abortion during the 2016 election, and suggested  some sort of punishment should be in place for women who break that law — only to later retract this as well. On his first day  as president,  Trump signed a ban on federal money going to international groups that perform, or provide information on, abortion.  Although this policy doesn’t apply within America, some believe Roe v Wade could be struck down under Trump, since he has said he supports an abortion ban at home.

Reproduction is not irrelevant to politics, reproductive rights are never safe, and the politics of reproduction has again struck a nerve in the popular imagination.  The Handmaid’s Tale has returned to the bestseller list after the gender wars of the 2016 election, and the TV series has garnered critical acclaim.  All over America, activists are appearing in senate galleries and public fora,  dressed as handmaids to protest threatened reproductive rights.

Reflecting on key moments in the politics of reproduction highlights the double standards still at play in democratic politics and Western cultures underpinned by a naive belief in the gender and race neutral individual.  It also says a lot about the kind of unequal playing field formal politics still is for women (and particularly women of colour and of lower socioeconomic means). We need now, as much as ever, to understand that reproductive choices are always political and involve the recognition of both men and women as equal participants or agents of change, if we want to create a truly just society.

- Dr Carla Lam is a senior lecturer in department of politics at the University of Otago.

The personal is political, because macro structure - society and governance - impacts on individuals. So, forty years ago, a solo Dad would be called a 'solo Mum', jokingly, by men who could not countenance the difference.

'Being personal' is also political, ergo the attacks on M Turei.