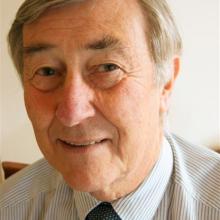 Facts about asbestos in New Zealand published in the Otago Daily Times Insight series and elsewhere are disquieting. Most local people realised only in the 1970s that asbestos posed health hazards.

It could be questioned why imports of raw asbestos were banned here only in 1984 and asbestos products banned only this year. Why such a long wait?

Abnormally high mortality in British asbestos workers was already noted in 1906. Asbestosis (deposit of asbestos in lung tissue impairing lung function) was described in 1924, and the association between asbestos and lung cancers a few years later.

The first epidemiological study was published in 1930; unfortunately, investigative methods at the time were crude with many confounding factors (especially cigarette smoking).

At that time the problem was primarily tackled in Britain by introducing legislation to reduce workplace asbestos dust.

It became clear that the long latent period between exposure to asbestos and clinical disease (often 20 to 55 years) had complicated the issue.

Significantly, people not directly involved in the asbestos industry (such as plumbers and mechanics) could also be at risk of these diseases.

Eventually, in 1965, a working group including 40 expert delegates from eight countries met in New York and published an evidence-based set of recommendations on how to tackle asbestos problems, including directions for future research.

This is the time when the course of asbestos history could have been changed, and countless deaths prevented. But why did this not happen?

Throughout this whole period, those involved in the asbestos industry cast doubt on the veracity of evidence linking asbestos with asbestosis, cancers and premature death.

Vital information was later found to have been suppressed by industry executives, including selected results of their own research. An attempt had been made to dissuade Doll from publishing his original findings.

When that failed, they tried to persuade a journal editor not to publish his paper. A court injunction was threatened.

Similarly in South Africa, Wagner was forbidden to talk about his research; when he eventually did, he received death threats. All these facts have become public knowledge many years later; the incriminating bibliography is now freely available.

This scurrilous behaviour eventually surfaced as evidence in courts deciding claims for compensation in the late 1960s and early '70s.

About that time, the Environmental Protection Agency and the Occupational Safety Health Act were established in the United States, further reducing risk.

Most of the companies involved eventually filed for bankruptcy; they could not come anywhere near meeting the claims against them. The end of asbestos risk was in sight, or was it?

The 1985 American Federal Court ruling to ban asbestos was overturned in 1991 following appeal by industry. By 2013, only 50 countries (excluding the US) had banned asbestos.

Tragically, that is not the end of the story. Asbestos is still being mined in many countries (Russia, China, Brazil, Kazakhstan, India, and Zimbabwe).

Most exports go to developing countries with poor regulations (India, Indonesia, Bangladesh, and Thailand). Canada has closed its mines, but has not banned asbestos. The incidence of asbestos-related diseases is still set to rise for many years in these countries.

What have we learnt from all this? Prof David Skegg recently commented (ODT, 18.6.16) that ''New Zealand has been slow - in my opinion shamelessly slow - to deal with the health consequences of asbestos''. What could have been done was clear more than 50 years ago.

Many similarities are evident between health issues arising from asbestos and those arising from tobacco smoking, the obesity and type 2 diabetes epidemics, and climate change.

Although still incomplete, scientific evidence for the cause and ongoing detrimental effects of all these is overwhelming. Organised strategies to combat their ill-effects on populations are in various stages of development.

The fact that it takes many years for the full effects of these strategies to be realised, complicates the introduction of effective control policies.

Regrettably, these measures have been resisted by vested interests threatened by effective actions; casting doubt on scientific data using political and financial influences follows a well-established and recognisable pattern.

The future health consequences and potential costs of these issues dwarf those posed by asbestos. Our community, and the politicians we elect, need to heed the advice offered to further reduce our smoking rates, radically reduce obesity, and significantly reduce our carbon emissions.

Enough scientific information is available to justify and promote effective action. As happened with asbestos, do we have to wait another 50 years before effective action is taken? What are the consequences of unnecessary procrastination?