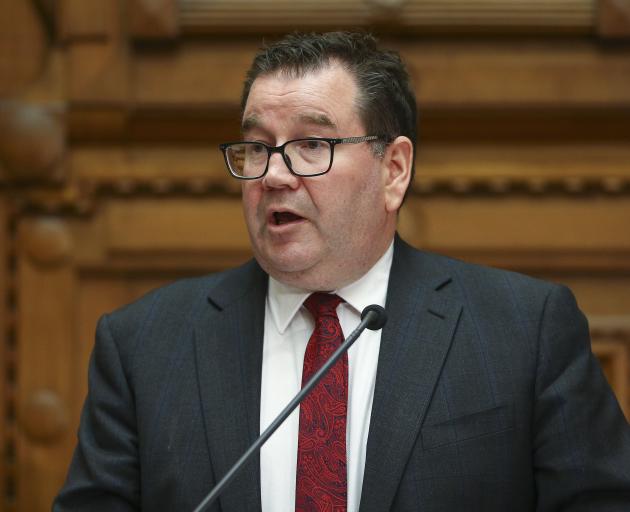 The economic package announced for this extreme disruption to our economy will be too cumbersome and too late in effect.

Cuts in interest rates and huge government packages targeted at wage subsidies and beneficiaries and healthcare are unlikely to alleviate the calamity unfolding each day.

This economic crisis is unfolding in real time. It requires a real-time response. Our economy is in free-fall. We are about to experience huge jobs losses, massive cuts in incomes and an evaporation of confidence. And the nasty possibility of a flu pandemic.

The economic illness that could ensue would likely outlast the impact of the virus. Cutting interest rates and ramping up government spending is insufficient. So is targeting industry assistance with wage subsidies.

It is too slow and unwieldy to implement when the crisis is endemic and immediate. People are losing their jobs and livelihoods, here and now.

The most obvious pressure for many people and firms is how to service their debts. We are a hugely indebted nation. If people can’t service their immediate debts things will turn ugly very quickly.

The banking sector is unlikely to provide long-term debt relief for the country. They are businesses that are profit-driven. They are accountable to their shareholders. Their share prices are already slumping in anticipation of bad debts. They need to survive themselves. Their collective actions could sink our economy if they cut their lending and demand people continue servicing their debts. But for their own survival they have little choice.

To rely on the goodwill of the banking sector to prevent a nasty downturn is naive. The worst-case scenario for New Zealand is a deflationary debt spiral, particularly in house prices.

But there are options available to prevent such an ugly scenario. A key option is a mandatory universal mortgage and business debt holiday. This would work only if the Reserve Bank agreed to provide the necessary monetary package and a guarantee for the banks to ensure their survival. No profiteering, just guaranteed survival until this crisis abates.

Another extreme option could be a temporary nationalisation of the banking system. Under government directive they would be required to provide debt holidays for existing debtors but their operating expenses would be funded by the State.

This would be a direct provision of relief for many Kiwis. This is not a waiving of debt obligations. Nor is it socialism by stealth. It provides a liferaft for our economy in an extreme immediate crisis. It is a least worst option, a temporary relief from existing debt burdens during an extreme liquidity crisis.

This was a key cause of the Great Depression in the 1930s. It is called a liquidity trap.

In the current situation the amount of money and credit in the system is likely to fall quickly. Neither the Government nor the Reserve Bank can allow this. The quickest way to prevent this is to provide immediate support to existing debt holders through a debt holiday. Keep the money flowing.

Otherwise our economy will head backwards in a very nasty fashion.

Temporary nationalisation of banks is sound. The profit motive has to be sent on holiday.

The German's faced this too post 1918 and used the same solution. The World now has a Weimar problem. Every western country and little town (hint: Dunedin) is essentially bankrupt. Too much bad (useless) debt. Grant and the Labour party have used this disaster to spread their own viral ideology and increase the unemployment benefit. People initially like deflation, as prices go down. Governments hate it, no more lollipops to dispense, and other turmoil. No more top down solutions. Soon all will see, our politicians have no clothes.

Brilliant analysis of the situation Peter.