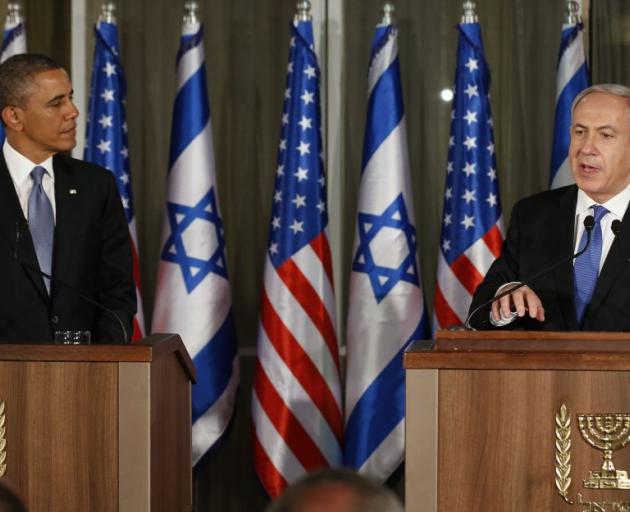 In its efforts to counter the proliferation of weapons of mass destruction (WMD) in Iran, the Obama Administration should not forget the lessons of the 2003 Iraq invasion.

With the end of the Cold War in 1989, the prospects of a global nuclear conflict sharply dropped but the dangers of WMD proliferation markedly increased due to regional tensions and the growing availability of sensitive technologies and materials.

At the same time, the perceived risk of non-state actors using WMD components as a tool for coercing or blackmailing governments has become a real concern during the post-Cold War era.

For various reasons, international efforts to counter WMD proliferation by treaty regimes such as the Non-Proliferation Treaty and non-treaty arrangements, like ''suppliers clubs'' aimed at limiting the distribution of strategic technologies and equipment, have often been viewed as inadequate.

Today, more than 10 states have WMD-related programmes, and probably about 10 more have the capabilities to commence such programmes.

As a consequence, the George W. Bush administration both before and after 9/11 placed much greater emphasis on directly addressing these threats. Developments like Mr Bush's Ballistic Missile Defence programme and the doctrine of preventive or pre-emptive war were symptomatic of the shift in thinking.

But the case of Iran seems to highlight the limitations of a unilateralist approach to counterproliferation.

In 2003, the Iranian regime publicly admitted it had deceived the International Atomic Energy Agency (IAEA) over many years and secretly continued the enrichment process crucial to developing a nuclear capability.

UN approved economic sanctions against Teheran followed but developments in the region somewhat undercut their effects.

In March 2003, Mr Bush implemented its new doctrine of preventive war by invading Iraq in an apparent bid to remove WMDs from that country.

Yet the removal of the Saddam Hussein regime did little to strengthen counterproliferation efforts.

No WMDs were found in Iraq; Shi'ite Iran's regional influence was inflated by the demise of a Sunni counterweight and traditional rival in Baghdad; and the clerical regime in Teheran increasingly saw nuclear capabilities as a deterrent against a possible US preventive attack in Iran.

In many ways, the Obama counterproliferation strategy towards Iran risks repeating the Bush administration's approach to the Hussein regime.

Washington, Israel, and other concerned nations have used a combination of comprehensive economic sanctions, diplomatic isolation, and low-level violence, including cyber attacks and assassinations of scientists and engineers, to weaken the Iranian regime's efforts to develop a nuclear capacity.

However, it would be wrong to suggest that Iran is not a potential threat with respect to the proliferation of WMDs.

In August 2010, an IAEA report stated the country had 2100 centrifuges in an underground site and had intensified production of nuclear fuel.

Moreover, Mr Obama warned the UN General Assembly in September 2012 that the US would do what it must to prevent Iran from acquiring nuclear weapons.

But is the use of American military force, even ''as a regrettable last resort'', viable as a counterproliferation strategy in Iran? There are substantial reasons to be sceptical. First, there is little certainty that a surgical military strike will actually eliminate Iran's nuclear facilities, which are reportedly well protected and largely underground.

Even if it did, there is no guarantee, short of regime change, that Iran would not again try to enrich uranium in deeper and more protected facilities.

Second, given the long history of mutual mistrust between the US and Iran, and America's strategic alliance with Israel - a country with a substantial arsenal of nuclear weapons - US military intervention would almost certainly unify the country, boost popular support for the fundamentalist regime in Teheran, and also weaken reformist forces in the country.

Third, the use of military force by the US in Iran would surely undermine international support for a counterproliferation strategy towards Teheran. In particular, Russia and China would find it difficult to maintain their current public opposition to Iran having nuclear weapons in such circumstances

Of course, the Obama Administration may be using the threat of force as a political bluff to pressure the Ahmadinejad regime to move to a diplomatic solution, and to discourage any ''premature'' military move by the Netanyahu Government against Iran.

But this is a high risk strategy. If Iran does not respond to veiled US military threats, the Obama Administration will, sooner or later, face a ''put up or shut up'' moment.

And there are policy alternatives that could put more political pressure on Teheran to retreat from its nuclear activities. One is for the Obama Administration to simply maintain and, where possible, deepen what is already a very comprehensive package of economic sanctions.

It is naive to believe that these sanctions are not seriously hurting the Iranian economy, and thus undermining the legitimacy of the current regime in Teheran.

In addition, it is important for the Obama Administration to politically challenge Iran's regional leadership aspirations. The recent decision by the US Secretary of State, John Kerry, to step up support for the rebels fighting in Syria against the Assad regime - a close ally of Iran - is a step in this direction.

Furthermore, the Obama Administration needs to put more pressure on the Netanyahu Government to recognise the Palestinian desire for self-determination and statehood. At present, the Israeli occupation of the West Bank is providing an opening for Iran to project itself in the region.

It is true that strong pro-Israeli sentiment in the US constrains the Obama Administration's ability to press the Netanyahu Administration on the Palestinian issue.

An alternative American strategy towards Iran clearly entails some political risk. But, given the looming prospect of nuclear weapons development in Iran, the greatest risk for the Obama Administration may be to continue with its current counterproliferation approach.

Robert G. Patman is professor of international relations at the University of Otago, and Mr Sumantra Maitra is a postgraduate student at the same institution.