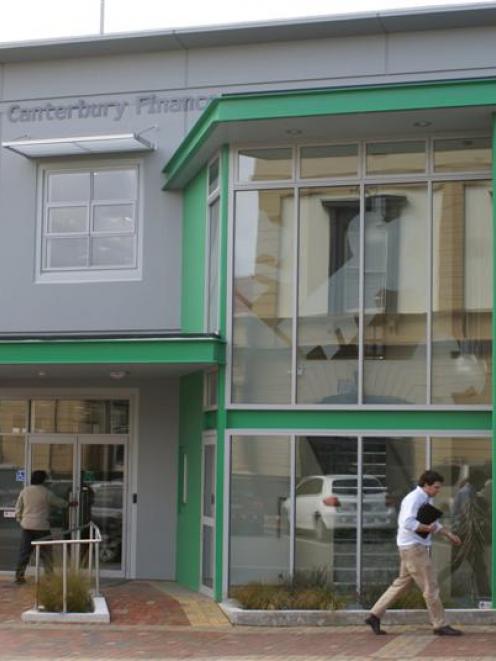 Adam Smith said, "there is much ruin in a nation".

The failure of South Canterbury Finance is a stark wake-up call to the fundamental flaw in our economy.

Our future prosperity will not hinge on welfare reforms or mining or compulsory savings or house prices.

Our economic wellbeing will be determined by investing in productive activities that create saleable output and well-paid employment.

Our track record in this area is pathetic.

A large chunk of New Zealanders' savings has been wiped out in recent years.

It has disappeared into half-finished construction sites and lavish spending by incompetent or dishonest financiers.

To be fair to Mr Hubbard of South Canterbury, it appears he cannot be accused of the latter.

We need to get real in understanding what has happened to us over the past decade or else our living standards will continue to decline.

For much of the decade we used overseas money to bid up our own house prices.

This made us feel wealthier and borrow and spend more.

This created an artificial feel-good boom.

While the banks were busy pumping money into our housing sector, the finance companies were providing loans for the projects the banks refused to touch.

Much of this investment was for property developments both here and abroad.

All was fine while the world was awash with easy credit, but this is no longer the case.

The worldwide savings glut is still there, but the willingness to lend for property speculation has long gone.

Many lenders prefer the security of government stock.

Their appetite for risk has evaporated.

So where does all this leave us?

We are now living in very expensive houses, working long hours for relatively low pay, compared with other OECD countries.

Many of us have large mortgages.

A massive amount of our savings, particularly of elderly people, has simply evaporated.

More precisely, it has disappeared into half-finished mansions, fancy cars and holes in the ground on vacant construction sites.

Since it all turned to custard in 2007 we have experienced a lengthy, though seemingly mild, recession.

We are meant to be on the road to recovery, but rising unemployment figures suggest this recovery is a statistical illusion.

We have been living beyond our means on borrowed money.

This means our living standards will need to fall.

This is already starting to happen.

Those of us in the public sector are already experiencing falls in our real incomes.

Government pay offers of around 2% will not cover inflation this year.

A similar scenario is likely to play out for much of the private sector.

It is getting harder to make a decent living in New Zealand.

In the meantime, house prices are stagnating because the air is slowly leaking out of the bubble.

As unemployment rises and banks tighten their lending criteria, there is an inevitability of decline in this market.

Government-appointed groups looking at welfare reform and savings initiatives will do little to solve this malaise.

The core problem is in the engine room of our economy.

It is the appalling state of our financial sector.

Encouraging or requiring people to save makes sense only if their savings are put to good use.

A nation's savings should be used to increase the productive capacity of its economy.

Savings used for speculation in property represent a deadweight loss to an economy.

Blaming benefit bludgers or our unwillingness to mine our national parks for our economic woes misses the point.

Fundamental reforms of our financial sector are essential.

Recent moves to create a super regulator and regulate advisers is a start, but there is a long way to go yet.

There is a raft of literature on what makes countries wealthy.

Key ingredients include property rights, efficient capital markets, good transport and communication and a culture of enterprise within a sound regulatory framework.

We are very lucky in New Zealand to have most of these ingredients for growth.

The glaring omission is efficient capital markets that channel savings into productive investments.