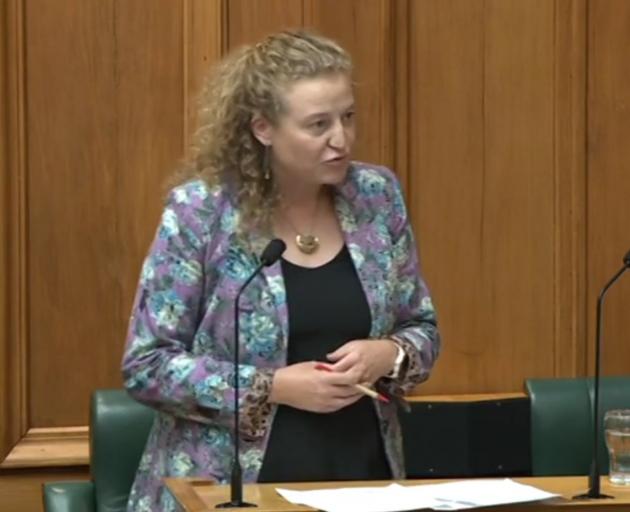 Weighing in during debate on the annual prime minister’s statement in Parliament are Dunedin list MP Rachel Brooking (Labour). PHOTOS: PARLIAMENT TV
Parliament is set to resume next week, although whether Omicron dictates that happens virtually or can be in person remains to be confirmed.

Quite apart from the pandemic disease sweeping the country — and Otago and Southland in particular — there is also still the small matter of what seems to be a super-spreader event happening on Parliament’s front lawn, although some members of the protest are adamant that they are getting sick because the Government is firing electromagnetic rays at them.

Sitting on the forecourt seemingly allows you to say almost anything that crops up in your head and, ironically, the House has recently finished a debate which is similarly permissive, the debate on the prime minister’s statement.

The statement, a set-piece speech which begins each parliamentary year, allows the prime minister to set out, at length, what a terrific job they think that the government they lead is doing.

The leader of the opposition speaks next and, unsurprisingly, they have a somewhat different view on the matter and they traditionally move a motion of no confidence in the government.

Over the ensuing 12 and a-half hours, time which can sometimes make you wonder if this really is value for money, almost every MP gets a chance to say whatever they like, so long as it vaguely relates to the statement — a fairly easy task given its wide-ranging nature.

The debate is not taken in geographic order, but by chance the final Wednesday of the session was the time when many of our southern MPs got to hoist their cudgel and lay about them. 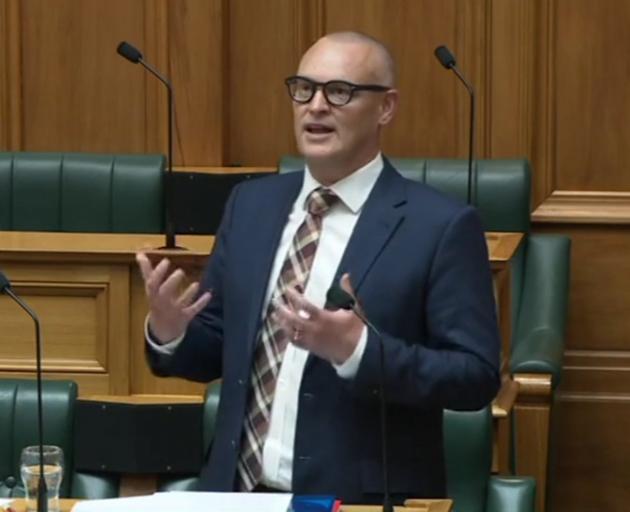 Dunedin MP Dr David Clark (Labour)
Dunedin Labour list MP Rachel Brooking was up first and, to the surprise of absolutely no-one, she wanted to talk about the Resource Management Act.

"I’m excited, as somebody who is particularly interested in urban planning, biodiversity, housing, and climate change," she said.

"This is going to be a big year.

The RMA is more than a little complicated, and Ms Brooking made the point that case law argued by resource management lawyers such as she once was, as well as amendments by successive Parliaments, had created many inefficiencies and perverse outcomes.

"The changes need to be outcomes-focused, user-friendly, have environmental bottom lines, have explicit trade-offs and enable councils to work together, she said.

"In addition, there’s also the need for strategic planning in the much longer term so that we can look across a region for the planning of infrastructure, growth areas, and climate adaptation, among other things.

In other words, batten down the hatches, it’s going to be a bumpy ride.

Dunedin National list MP Michael Woodhouse took a cue from the protesters outside — at that point last week they had been there just over a week — who apparently had spent part of the day shining lasers into offices at the front of the House. 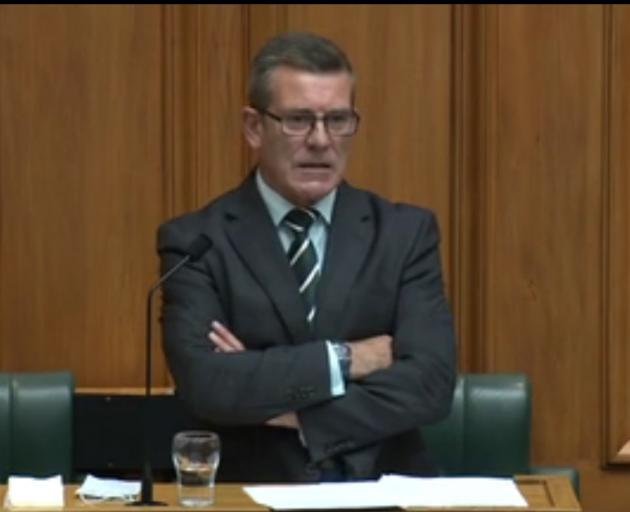 Dunedin list MP Michael Woodhouse (National)
"I don’t excuse the protesters who are outside this place," he said.

"But on a level I can understand it. They want to know what this Government is going to do to restore their freedoms and to live their lives free of unnecessary interference from the state, and they’re not getting those answers."

Mr Woodhouse also wanted to talk about Covid-19, and in particular southern preparations for the disease — or the lack of them.

"It’s a scandalous reality that at Dunedin Hospital a 12-bed extension to their ICU was completed nearly three and a-half years ago.

"How many patients have been in that unit? Zero ... it’s an ICU with no patients, because there are apparently problems with heating and ventilation."

A former hospital administrator, Mr Woodhouse argued that if British hospitals in buildings which were sometimes half a millennium old could get the AC running, so, too, should Dunedin Hospital, particularly with Omicron knocking on the door.

Before copping any heckling about mountain bike riding, Dr Clark swiftly moved on to one of his new portfolios, the digital economy — a sector he promised would play a starring role in the post-pandemic world.

"I want to thank all of the workers who continue to bring the inspiration, develop the products, and make sure that we grow off that $6.6billion base to continue to grow that sector, because the opportunity for weightless exports makes a big difference if you’re a small, trading nation a long way from market." 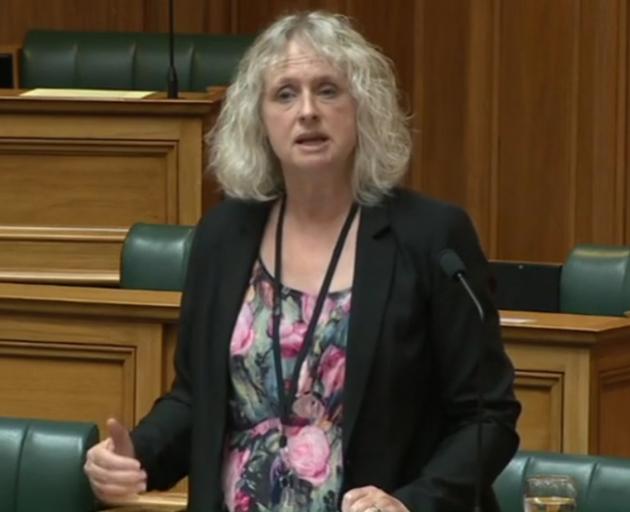 "There was talk about these things called CBACS, or community-based assessment centres, but they seemed quite theoretical, quite remote. And I think, looking back, basically, it didn’t really prepare us for what we’ve confronted today.

"Back then, teaching about pandemic preparation was based on 40% of the population experiencing a virus over an eight-week period, rather than the seemingly never-ending Covid saga we are living through now," Dr Craig said.

"Many of the people I talk to down South, looking ahead as we face the Omicron outbreak, what they really, really want is for the next few months just to fast-forward, they want to be able to see Omicron in their rear vision mirrors.

"I think it’s important to remember when we’re looking ahead to the next few months that we do have a plan, we’ve planned for this, we’ve put the structures in place."

How solid those foundations are we will find out in the ensuing months.