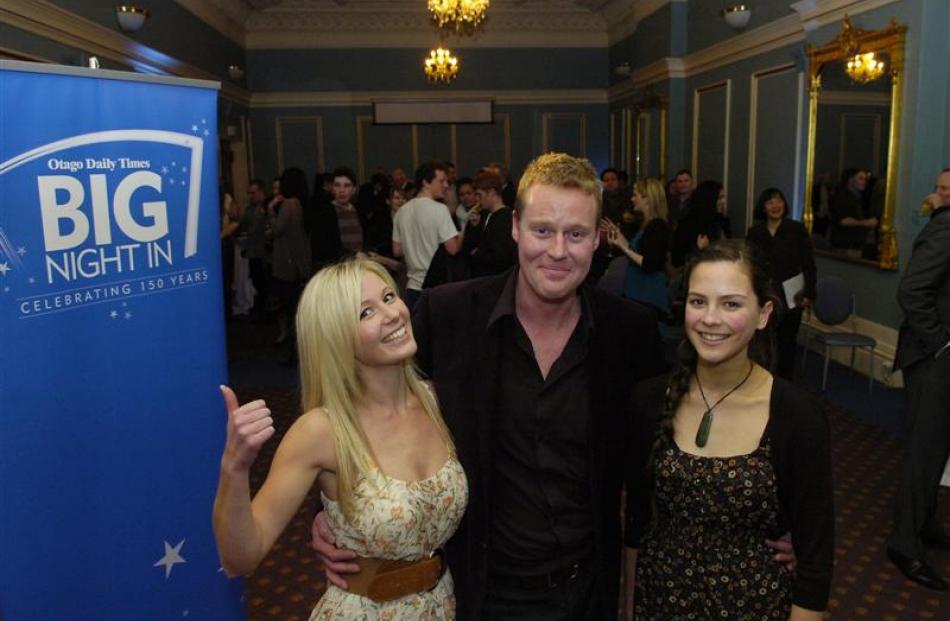 It is worth singing the praises of younger generations including Georgie Daniell, left, Simon Green and Sequoia Cunningham. These three are among the entertainers chosen for the Otago Daily Times Big Night In concert on November 12 at the Forsyth...

Ah, the young! Where would we be without these yelping pups, these wanton purveyors of licentiousness, these brawling, mewling, puking specimens of underdone humanity?

Where would we be?

I'll tell you where we'd be: without a convenient whipping boy (or girl) to flay for all the ills of an alcohol-sodden society.

Now I'm no wowser and enjoy a drink as much as the next bloke, but is there anyone else out there who's beginning to think "the young" have been unfairly besmirched in the debate over what to do about the demon booze?

There is an issue with young people and excessive drinking. But is their boundary-challenging, adolescent experimentation really at the heart of all the alcohol-related harm that occurs repeatedly in our towns and cities every day and night of the week?

Or is there something more to it?

Or who, after a night on the tiles, gets loosely lippy with a passing group of revellers and ends up in hospital with a fat lip, broken nose and fractured skull for his troubles?

Reaction to last week's half-hearted attempts by the Government to get to grip with the booze problem predictably involved a chorus of complaints against the under-20s - as if the chaotic manifestations of drunkenness were to be laid at their door alone.

In fact, according to Prof Doug Sellman, of the National Addictions Centre in Christchurch, 92% of the country's problem drinkers are over the age of 20. Our real problem with alcohol is one that stretches across the community and through the ages.

Naturally in a city like Otago where there are large concentrations of young people who like a drink - and who haven't yet learned the restraint that comes to many of us with experience and age - the statistics might seem skewed. But the evidence, on the whole, tends to demolish the easy idea that alcohol abuse is a disease of the young.

Consequently, arguments about raising the drinking age or not, only partly address the point. Yes, restricting access on an age-related basis would almost certainly help with the problem in so far as it pertains to that group.

But it would do little to address the fundamentals: we exist amid a society that puts booze on a pedestal; that allows the industries that manufacture and sell it to profit mightily while the rest of us pick up the medical and social pieces with our taxes; a society that finds ever more sophisticated and alluring ways of promoting alcoholic beverages; a legislative framework which makes access to booze easier than to milk, and almost as cheap.

The Government's proposed new Bill, in response to a detailed project by the Law Commission, skirts around the edges of the problem; essentially, once again, puts it in the too-hard basket. And in large part points the finger of blame at those yelping, intoxicated pups.

Youth and its drinking problem is nothing more than an easy stereotype; it tarnishes all with the same brush, imposing a lazy and demonstrably false characterisation.

Last week I went to a couple of events that proved a useful antidote to such casual assassination. One was the announcement of the local singers, dancers and musicians who will perform as part of the ODT's 150 birthday bash, the Big Night In, at Forsyth Barr Stadium in November.

There I witnessed the preview performances of just two of the young and hugely talented performers who, I wager, will knock people's socks off on the night: Sequoia Cunningham (15) and Georgie Daniell (18).

The other was the terrific young cast of the Fortune's Theatre's latest production - the contemporary hit musical Avenue Q. What talent, what discipline, what a gas! We need to open our eyes to some of the amazing young talent this country and this city produces and support it in its endeavours. They are merely the tip of the iceberg. Talented, committed, hard-working, sober.

It's time we "oldies" drained the glass and had a good look at ourselves in the mirror.