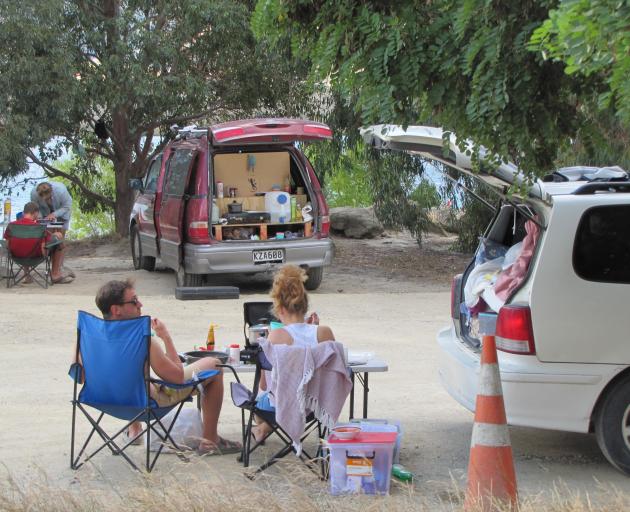 Freedom camping has a long tradition in New Zealand. Using your own vehicle as accommodation and parking in public spaces is seen as something of a birthright.

But when international tourists cottoned on to this cheap and cheerful way to see the country, things began to change. Foreign freedom camper numbers grew from 10,000 in the early 2000s to an astonishing 123,000 by 2018.

Perhaps not surprisingly, the latest tourism report last month from the Parliamentary Commissioner for the Environment devotes one of its four main recommendations to better regulation of freedom camping in New Zealand.

The report, "Not 100% — but four steps closer to sustainable tourism", argues for using the disruption caused by Covid-19 to reset the tourism industry as sustainable and internationally competitive in a climate-conscious world.

As such, the old freedom camping model was arguably overdue for reform.

This is not the first time it has been a regulatory target. Perception of freedom campers as freeloaders came to a head when New Zealand hosted the Rugby World Cup in 2011.

The Freedom Camping Act 2011 (FCA) set out clearer conditions and definitions. It referred to camping in a tent or vehicle in a public space 200m off a road, coastline or Great Walk hiking track.

Local governments are empowered to pass bylaws that regulate freedom camping more tightly. In 2019, the central government announced investments of $8million in public amenities and education as well technology, such as the Ambassador App (for Android and Apple) to help monitor freedom campers.

Based on the controversy around freedom camping, the Parliamentary Commissioner for the Environment made the following recommendations:

- Vehicles to have a permanently plumbed toilet in order to be certified as self-contained, and vehicles should also have separate holding tanks for grey and black water.

- The Government to reintroduce national oversight of the certification process [...] and a national register of self-contained vehicles

Since the early stages of the pandemic, many voices have been asking to “reset the tourism button” in New Zealand and redevelop tourism guided by sustainability principles. We believe the current absence of international tourists offers the perfect opportunity.

Our research with participants from central and regional governments, regional tourism organisations, tourism businesses, community groups and individual citizens revealed mixed feelings about freedom camping, and how it should be regarded and managed.

Many were sceptical about putting the blame on international tourists for disrespectful behaviour, and argued many New Zealanders are stuck in the past. As one said:

"My theory is, that most New Zealanders have had the pleasure, thanks to some friendly farmers, in the past to being able to camp wherever they like and they do believe that is a God-given right. Even though no longer they have a little car and a little tent, but they all have these larger motorhomes."

When it comes to the rubbish left behind in car parks, a story shared from South Island shows the misconceptions about (international) freedom campers:

In terms of congestion, some participants noted that freedom campers clog up small roads in communities, and should be kept out of town centres (such as in Akaroa), and from beach fronts (such as in Napier).

A car park at the town entrance would be a good solution to alleviate such problems.

We agree with the Parliamentary Commissioner for the Environment that the self-contained certification of vehicles needs to be strengthened. Smaller vans with portable camping toilets would not qualify as self-contained.

Vehicles should have permanently fixed toilets and holding tanks for wastewater. Portable camping toilets are inconvenient and are far less likely to be used. Larger motorhomes are less likely to release wastewater and sewage into the environment.

The majority of our participants, while often critical, did not see freedom camping as the problem it is often portrayed to be.

In particular, they noted that international freedom campers bear the brunt of the blame when Kiwis are equally problematic, leaving rubbish or parking in unsuitable spaces, due to a sense of entitlement.

So the commissioner’s recommendations have the most potential to lead to a sustainable future for freedom camping by both international and domestic tourists. — theconversation.com

- Michael Lueck is a professor of tourism at Auckland University of Technology. Sabrina Seeler is a senior research fellow at Nord University in Norway.

The article is a bit contradictory really. Lack of responsibility is what happens when you place the onus on facilities in an RV and not on education of the actual people. That the focus has been on Certified self containment for over 30 years with no determinable achievements says a lot really. Not helped by the fact it has zero legal status and is only fit for use at 'club level' at RV clubs own properties. It is tome for a major reset of Freedom camping in NZ - that includes kicking to the kerb, failed programs like certified self containment and the 'old boy' members of the Governments working group. A rest does not occur when the same failed agenda are still pushed by the same old boys.. #RCAi