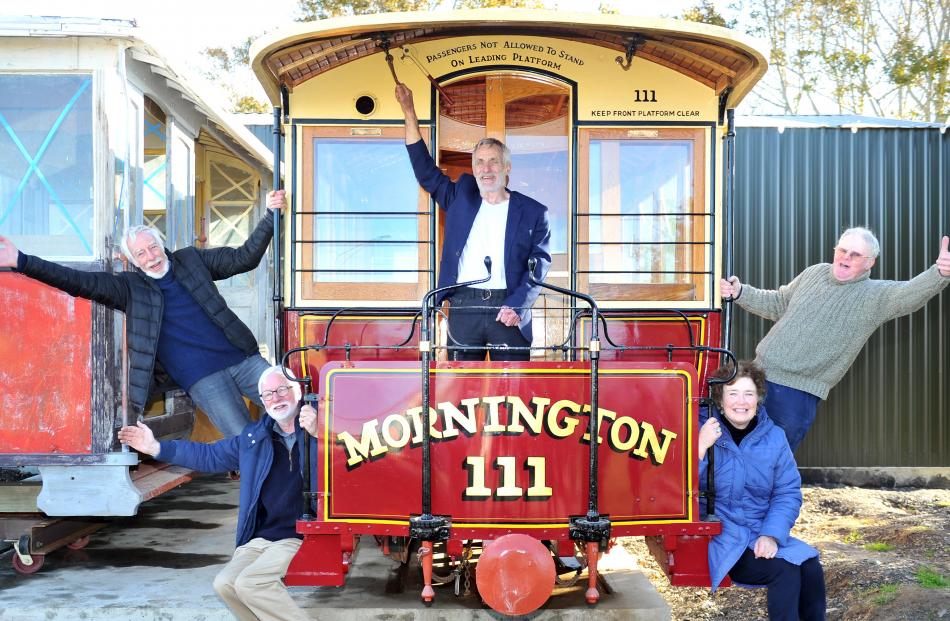 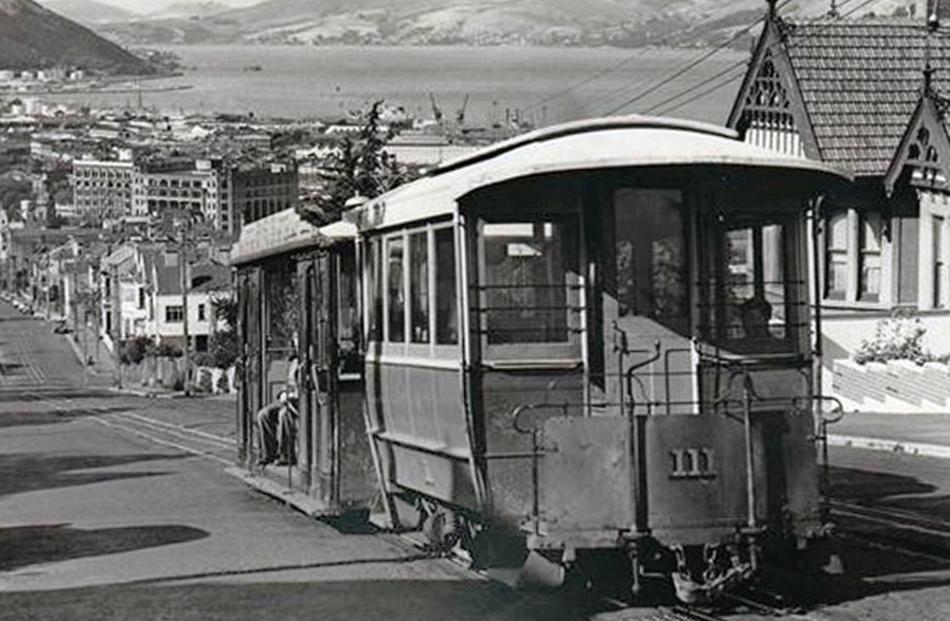 The High St cable car in operation during the 1950s. Photo: Graham Stewart

Could cable cars return to Dunedin streets after an absence of more than 60 years? Bill Campbell examines the prospects.

Technically, yes. High St was a good street for a cable car route with only one bend above Queen's Drive, on the 1.6km line from the foot of High St to the Mornington tramsheds.

Too many bends on a cable car line caused excessive wear on the rope (cable) to which the cable car gripper was attached.

However, the urban myth the cable car lines and cable tubes still exist under the High St road surface is just that, an urban myth.

The High St cable car lines were lifted in the three months after the cable car service finished between April and June 1957.

The Maryhill cable car line and cable tube were lifted in 1956.

There was support for a tourist cable car service on High St and on the Maryhill line when the previous cable car system was running up to 1957.

Tourists could be identified by the sheer enjoyment they gained from the ride and their screams as the Maryhill tram went over the dip from the Mornington tram sheds and down the steepest cable tram line in the world.

Cable car crews were used to being photographed by visitors and by film crews who were fascinated by the cable car system that took thousands of people up and down High St and the Maryhill line to work each day and for recreation at the weekends.

Tourist numbers were growing even in the 1950s. On one Boxing day the Maryhill cable car had 400 passengers, mostly visitors, on its 24 morning trips along the Glenpark Avenue cable car line while the nearby Elgin Rd bus had 40 passengers on the same morning.

On a normal day the loadings on the two routes were comparable.

Almost all the gripmen and conductors working on the Mornington cable car system when it closed said later they had been keen to continue and work on a tourist-oriented service from 1957 if the cable cars had been retained.

Would there be commuter patronage for a cable car service?

Although passenger numbers on the High St route have slumped from two million passengers a year on the Mornington and Maryhill cable cars in the mid 1940s to a reputed figure of 50,000 a year now using the High St buses, a rebuilt cable car line could be a drawcard to the many people flatting in the High St area and Mornington residents living close to the cable car line.

A cable car service with two cable cars and trailers could provide an evening peak hour frequency with a cable car every eight minutes.

A cable car service initially running, say, between 10am and 6pm could provide for shoppers and cruise ship visitors and other visitors to Dunedin.

A full 16-hours-a-day service may not be viable in the immediate future.

A petition circulated around the Mornington and Maryhill area by the cable car retention committee led by Mornington hairdresser Ted Pitches in 1955, gathered 3259 signatures from 64% of the households in Mornington, seeking to have the cable cars retained.

The Dunedin City Council transport committee voted 9-3 in 1957 to replace the High St and Maryhill cable cars with trolleybuses.

The precedent for rebuilding a cable car system exists in San Francisco where all three cable car lines were rebuilt in 1982-84 to a high standard.

Fund raising led by Friedel Klussmanand protests by citizens groups had been undertaken in San Francisco in the 1944 to save the cable cars.

Little was known in Dunedin about the San Francisco cable cars in the 1950s.

One Dunedin city councillor of the time claimed, incorrectly, that only one short cable car line remained in San Francisco.

Today several Dunedin cable car supporters have developed strong contacts with the cable car division of the San Francisco Municipal railway and advice and support may be available from San Francisco for rebuilding the High St cable car line in Dunedin.

How safe were the Dunedin cable cars?

The 1952 accident on a High St cable car when two girls were seriously injured was a rare instance of a major accident.

The cable cars had track brakes, wheel brakes and the emergency pawl brakes.

The accident rate on the San Francisco appears to be very low despite the great crowds of passengers.

The gripman and conductor on each San Francisco cable car are very selective about who stands on the sides of the cable car.

Elderly passengers and children are sent to stand in the cable car cabin or asked to wait for the next cable car.

What would it cost to run a cable car line again on High St?

After the initial construction costs for a rebuilt Mornington cable car system, which have already been estimated at $23million, traction ropes (cables) to draw the cable cars would have to be replaced every 18 months to two years.

A gripman and conductor would be required for each cable car, plus possibly an extra conductor to take fares and give passenger information at the lower terminal at the foot of High St; a trackman for maintenance of the track and rope pulleys, a ''shedman'' to maintain the cable cars and a ''ropeman'', who is the foreman or kingpin in any cable car system.

With a small two cable car system the last three roles could be combined.

Would tourist attractions develop in Mornington if a cable car service resumed?

The answer from San Francisco's Hyde St cable car line, which runs from the city centre Powell St terminal to a wharf area at the end of Hyde St is ''yes''.

As visitor numbers grew in San Francisco from the 1970s, the Bay area has developed into a major visitor attraction, with a range of markets and entertainment for the thousands of tourists who travel on the San Francisco cable cars each day.

Cable cars are great fun to travel on and a cable car system would be again be a major asset for Dunedin for both tourists and local commuters.

The Dunedin cable car group, the Light Rail Trust have worked hard with their sponsors to built a small tramshed on Mornington park and lay down rails for the cable car and trailer which recently arrived from Christchurch.

Ex-Mornington trailer 111, which was rebuilt by the Tramway Historical Society in Christchurch, and one cable car have been installed in the tramshed.

More cable cars and trailers may be built, thanks to the enthusiastic craftsmen and volunteers at the Tramway Historical Society.

This is the opportunity for Dunedin people to support the re-development of a cable car system on High St.

It was published by Otago Heritage books in 1994.