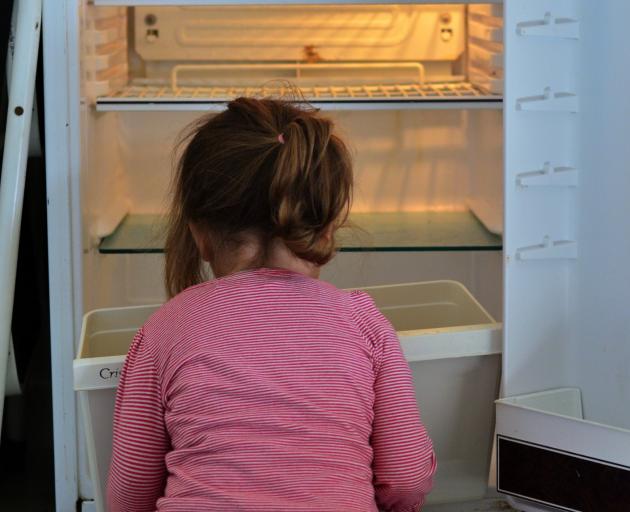 Land of plenty? Child poverty statistics might beg to differ. PHOTO: GETTY IMAGES
Liz Craig painted misty watercolour memories of the way we were in the House on Wednesday, as she looked back on moments she will never forget from her parliamentary career.

The retirement of the Labour Invercargill list MP does not appear to be imminent, but there was a valedictorial feel to Dr Craig’s general debate speech, as the one-time public health physician reviewed her party’s endeavours to ease child poverty.

She singled out three moments: the 2017 Families Package, the passage of the Healthy Homes Guarantee Act, and more recently the benefit increases announced in May as part of the Budget.

Before embarking on her political career, Dr Craig helped develop the Child Poverty Monitor, an annual University of Otago publication which does exactly what it says on the tin and tracks how our poorest and youngest citizens are faring.

It is always a sobering read, and for Dr Craig the catalyst for where she is now.

‘‘Every year we updated the monitor and every year it was exactly the same, we’d say, ‘Look, there’s thousands of sick kids coming into hospital for poverty related conditions and our child poverty rates persist’,’’ she said.

‘‘For me, having spent nearly a decade asking for the same three things, basically one of the reasons I entered Parliament was to escape my own personal Groundhog Day.’’

The Families Package brought in, among other things, the Best Start payment of $60 a week for newborn babies and the winter energy payment.

The Healthy Homes Guarantee Act set minimum standards for heating and insulation in rental properties, and Budget 2021 increased core benefits by up to $55 a week, with the first $20 being paid out from July 1.

Obviously it is too soon to tell how much of an impact on child poverty some of those lauded initiatives have had, but can the most recent Child Poverty Monitor, released back in December, offer a hint of progress?

Well, yes and no.

Data in the report, the eighth, mostly predates the grim arrival of Covid-19, and the associated economic harm wreaked by the pandemic is yet to be assessed.

For all that Finance Minister Grant Robertson this week trumpeted an unemployment rate reminiscent of pre-Covid levels and 4% rise in the average hourly wage, there are still thousands of families dealing with pandemic-related job losses or who are another Alert Level 3 or 4 crisis away from being in real trouble.

‘‘While addressing the Covid-19 pandemic is ongoing in Aotearoa and globally, it is clear and well-established that pandemics feed off national and global inequality and exacerbate them,’’ the monitor said.

But before any of that happened, roughly one in five New Zealand children were living in a technically defined state of poverty and just over 10% were living in material hardship.

About 8% were living possibly abject lives in both.

Awful as all this sounds, and it is, the figures were slightly better than previous surveys, although the monitor warned that what was actually required was a ‘‘steep decline’’ before government targets to reduce child poverty were met.

Labour paints these, and more recent figures from Stats NZ, as real progress, while opposition parties describe them as a failure.

No matter what your political stripe though, Dr Craig’s final point seems inarguable.

‘‘I’m looking forward to looking ahead into the next few years when we see many, many fewer children coming into hospital with poverty-related diseases.’’

Kris Faafoi has had a rough time of it in the House this week, but he did get one moment to smile.

For most MPs this would not cause alarm but Mr Faafoi was, until recently, the acting minister for emergency management.

‘‘Is that something we need to be aware of?’’, Mr Woodhouse asked.

‘‘Do we need to evacuate the building? Is that a civil defence notification from the minister?’’

As is usual, the MP sponsoring the Bill was noted by many speakers, although Mr Paterson might not have been overly flattered.

‘‘The intent was fine, but the Bill was not well written and we in select committee had to basically rewrite it,’’ Mr Woodhouse said.

The Bill did pass its committee stage though, so all was not lost. 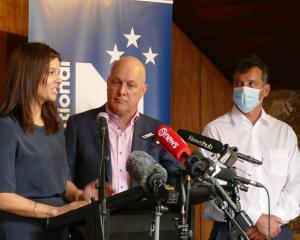 What about a Means Test For Universal Super, Bill?

If you pay into it, you should be able to draw money from it. People need to do financial planning for old age. It's not the governments job.