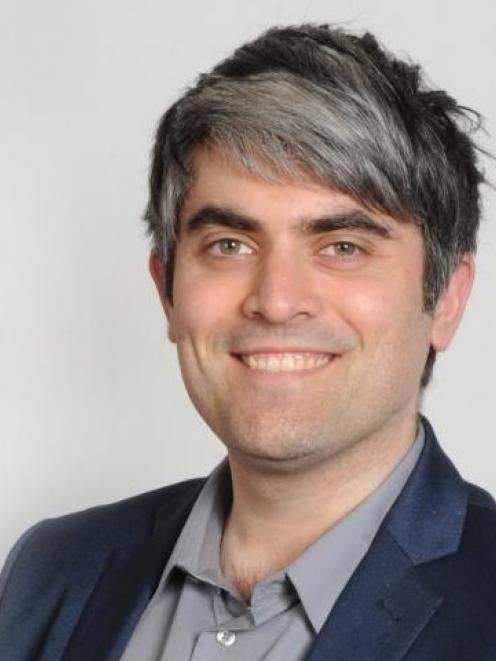 Covid has stopped many things in its tracks, but the legislative agenda is not one of them.

You may have seen the Government’s recent ‘‘education’’ campaign about its proposal to change how ‘‘Three Waters’’ services — drinking water, wastewater and stormwater — are delivered.

The goal of the reform is to make sure New Zealanders get safe, reliable and affordable water services, that support good health and environmental outcomes.

No-one would argue with that.

They tell us that more money needs to be invested in getting existing networks up to scratch, and to support growth.

But there are many unanswered questions about the Government’s proposed solution: four regional-scale water entities that will take control of our water services, as well any debt owed on the assets.

How illusory are the promised financial benefits to households? How Herculean the assumptions about economies of scale?

It’s unclear how communities will have a voice in, let alone influence over, local decisions in the reformed system.

We need to make sure housing capacity is provided where it makes sense, rather than where it may be cheapest to put pipes in the ground.

We don’t know how strong any barriers to future privatisation are.

This issue is generating some noise at last, but not all grievances are created equal.

I have no time for the dog-whistle racism coming from some quarters, quivering at the idea that iwi would be involved in decision-making.

There’s also a degree of cynical opportunism from those opposed to this Government more generally. Some of the voices concerned about retaining public assets were noticeably absent when our energy companies were being flogged off.

Which makes it easier to dismiss the very real concerns I, and many of us in local government, have.

Councils have been given until October 1 to provide feedback on the potential impacts of the proposed water reforms.

That will inform the final proposal, to be signed off by Cabinet.

This will be the basis for the ultimate question — should we stay or should we go — which needs to be answered by Christmas.

At the outset of this process we were promised two things: that opting in to the new system would be a genuine choice for councils to make, and that our community would have the opportunity to be involved.

The latter is looking less and less likely, which makes the former incredibly difficult.

But what is council’s position?

We don’t have one, because we don’t know the question yet, but we have plenty of concerns about what we know so far.

Our staff are working through the data we’ve been provided, to analyse and present back to council.

We’ll hold a special meeting in late September to consider the substance of our feedback to provide to the Government.

There will certainly be plenty of it.

We want to talk to our community about the Government proposals, and you’ll hear more from us on this in the coming weeks.

However, there are still too many unknowns to be able to do that properly.

With mayors across Otago and Southland, I’ve asked the Government to slow down the process, and allow time for meaningful public engagement.

After all, this is the biggest proposed change to the form and function of councils in more than 30 years.

The very least that councils and communities deserve is the time to get it right.

A very well written political campaign opinion piece it seems to be carefully targeted at appealing to the political prejudices of the Dunedin populace.
However, The mayor does raise some interesting points. I do agree that the haste in the consultation process appears unwarranted. It is a big change and rush d change of this magnitude is bad change. This issues of potential private ownership need to be settled. We’ve all seen the debacle created in the electricity industry. We can do without that in our water supply as well. The issue of Iwi involvement in the process. This should be guaranteed. The treaty of waitangi makes that clear, natural justice makes that clear. Why would the mayor object to that other than to appeal to the redneck portion of the voting public?
Lots to think about, but I do agree that the apparent haste is worrying I’d prefer slow but sure.

Redneck portion of the population? Given the fact that "Redneck" is a highly derogatory term used to refer to white farmers. Are you refrencing them? Or are you demeaning the crass and unsupisticated rural voters? Or do you mean some poor white person with no education? Can you clarify exactly who you are insulting please?

Well… unlike you I read the article and I could clearly see that the mayor had artfully and skillfully pulled a variety of issues together to demonstrate to as many special interest groups as possible that he had their backs on this issue. It is clearly a campaign piece designed to garner support for his re-election.

The water infrastructure of the South Island is 100% owned by councils and paid for by rate payers. The proposed new governance entity appears to have a governance structure giving 50% of the voting rights to a private Iwi corporation. Mayor Hawkins thinks it is dog whistle racism to question that. This whole process should be set aside and properly debated at the next set of elections.

DCC already has too many issues on it's plate that it knows nothing about. Why throw another one that it will inevitably get wrong? 90% of DCCs decisions are wrong. Under Hawkins "leadership" things only continue to get worse. COVID shutdowns have hurt the community economically. We need fiscally responsible solutions to problems like this not the utopian decisions that Hawkins and the DCC continue to provide at our expense. I think most people who are ratepayers or business owners have buyers remorse over Hawkins and the DCC. Hopefully, this will be rectified in the next election!

If Hawkins continues to write opinion pieces like this, artful and skilfully done, to appeal to everyone, he’ll have no problem getting re-elected.
His actual record of achievement, or lack of it, means nothing, in this business perception is reality.

Put a red or green coat on a monkey and it will get elected in Dunedin!

The reason why the government is pushing this issue is because of the indolence of local authorities. The lead in water fiasco and DCCs handling of the problem is a prime example. DCC has just spent $6 million replacing lead jointed water pipes. DCC has been aware of the lead pipes for almost 100 years but did nothing about it. If we wait for the incumbent bunch of jokers running DCC to do something useful we will be waiting until the cows come home.

The government is happy to give councils lots of cash to accept their scheme. Councils have not performed in this area due to long term lack of cash. Interesting juxtaposition that. The level of competence is unlikely to be improved by a centralist approach - witness the shocking performance of the Ministries of Health, Immigration and Business over the past few months. One only has to watch the propaganda advert on TV to see this whole thing is a loaded disaster waiting to happen.

"But there are many unanswered questions about the Government’s proposed solution: four regional-scale water entities that will take control of our water services, AS WELL AS ANY DEBT OWED ON THE ASSETS."

My capitalisation - I suspect that this particular matter will be weighing on certain DCC minds. Presumably if these water assets are taken over, debt that can be directly related to expenses incurred on their recent maintenance and development will be taken over too.

But of course that's not all the DCC and DCHL debt that this really large potential golden goose is groaning under. Whoever takes these assets and related debt will not touch unrelated debt that is simply secured on them and their potential privatisation resale exploitation value - This includes debt related to all the DCC frivolities indulged in since 2002, the Stadium being but the largest single item among them.

This proposal may cause the DCC's creditors to rearrange their terms and requirements. As the DCC's debt arrangements are opaque to put it mildly, and combine unpredictability with a rising interest rate environment, I'm not surprised Mr. Hawkins and his advisors are asking for more time!!

It is obvious this whole process is being artificially rushed by govt. More time is needed to debate the issues properly but more importantly give each community time to consult with their ratepayers. That is what is true democracy is all about. More time means a better outcome. There is no need to rush this through. Already this is the position of most councils. Dunedin should be no different. Lets not forget it wasn't that long ago Dunedin had E grade water and now after carefully planned upgrades and commitment from successive councils our water supplies are first class. I'm sure we can do the same again with careful planning. I really don't see a role for central government except to act as a referee and set good standards for water.