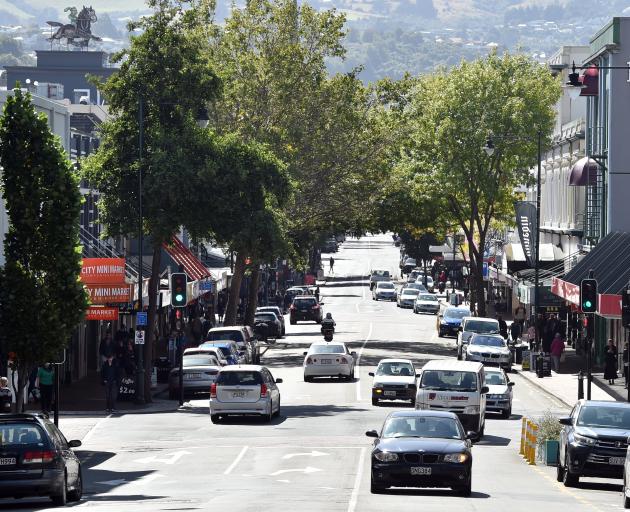 Shopping will need to be as good an experience as possible to attract people in to the centre of Dunedin. PHOTO: ODT FILES
The Dunedin City Council needs to listen to central city businesses as they attempt to recover from the Covid-19 pandemic, writes Hilary Calvert. 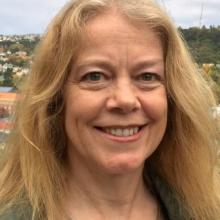 Hilary Calvert
How about we offer a new slogan to our local Dunedin City Council?

Leave our roading and car parks alone: save jobs.

The Covid-19 health issues seem thankfully to be coming under control.

It is time to focus on the economic freefall it has caused.

Our mayor has formed the opinion that the bridge to nowhere will now be at least relegated to the back burner. However, he appears to believe that it is an appropriate time to get back into the disruption of George St.

We know that some of the hardest hit in this economic crisis are retailers and hospitality providers. We know that the people who provide us with our shopping and food and beverage needs are some of the lowest paid workers, even when they are being paid and the work is there. And that more of these are women, who are over represented in businesses which are impacted the most by the lockdown.

We know that retailers were already under threat from online shopping, a threat which is only increasing now we have had more online shopping than ever. And other jobs in hospitality and entertainment are being lost. For example Dunedin Railways has mothballed its operation and laid off its staff, and the stadium has reduced its staff with no early return to stadium activities looking likely.

As people start returning to trade and other jobs, it is perhaps ironic that the first traffic problems on the radio are those relating to delays as those road works are starting up again.

The response of our mayor is to suggest full steam ahead to make our main street an unattractive place to shop, as well as continuing a programme of driving the most used form of transport out of our city centre.

We have already spent over $15,500 on stickers asking us to be careful of each other on George St, and have splashed $50,000 on planter boxes and an unknown amount on plants to make the Octagon awkward for those who access it or who wish to drive in the middle of Dunedin without having to remember the way out of the maze. The embarrassing so-called parklets cost $167,000.

The last thing retailers and hospitality providers need is the DCC squandering vast amounts of borrowed ratepayer money disrupting traffic and taking away what is left of car parking in the central city.

Even late last year, before Covid-19, Prof Nathan Berg was cautioning us to weigh up the direct and indirect costs including longer travel times, reduced car access and fewer car parks. He suggested that we could lose at least a million dollars worth of time — lost leisure and wage income — for every 2 minute increase in the average CBD visitor’s transit time. At that stage we hadn’t even imagined the situation our people who work in the CBD would be in now.

And we need some reality in what is actually wanted by those who are holding on by the skin of their teeth to keep trading in central Dunedin.

After the Glow festival closed part of a George St in July last year the DCC advised ODT readers there had been a very positive response to this closure.

When asked what that comment was based on, despite having had nine months to think of an answer it turns out there is no basis for that optimistic view.

We have been offered the soothing comment that not proceeding with work around George St will ‘‘take only $3million out of next year’s capital works plan, and save the cost of servicing that debt (roughly $55,000)’’.

While it is true that the 2020 planning part of this project cost is $3 million, the total cost in the 10 year plan is around $60 million. Each year after 2020 is $7 million. The proposal is described as $2 million per year for our portion, which will be 100% debt funded. The roading component of this project is about half, based on the NZTA contribution.

What all this means is that the DCC plans to spend $30 million on disrupting traffic in George St in the next 10 years.

It is one thing not stopping all activities which may provide work in Dunedin.

It is a different thing entirely using ratepayer money supporting the destruction of our downtown for 10 years, putting at risk many of our lowest paid workers and shifting our economic spend to the construction and roading part of the economy, especially while the hospital build will be sucking up anyone who is available with those employment skills.

There may be requirements for yet more digging up the central city for things such as pipe laying, but the priority should be to keep the disruption to an absolute minimum.

Shopping will need to be as good an experience as possible to attract people into the centre of town. If the DCC wants to understand what attracts shoppers and those wanting to partake in our hospitality offerings, they could ask those whose livelihoods depend on getting this right. We all know it would not include bright orange plastic netting and cones.

We all need to do our bit. We can support the buy local campaign.

The DCC could actually listen to central city businesses as to what support would be useful. We could keep up the 1 hour free parking. The DCC could finish the cycleway to Port Chalmers develop the cycle link to Mosgiel, since there is a renewed enthusiasm for cycling during lockdown. We could create whatever jetty and parking are needed to enhance and support regular harbour crossings. Whatever it takes .

But if the DCC is serious about helping:

Leave our roading and car parks alone and save jobs.

It never stops to amaze me what some people seem to find attractive. On which planet is a narrow, completely congested, loud and stinky street an attractive place to shop? If that is really what people want I suggest the whining business owners move their shops out of the city and next to state highway one. Plenty of space for carparks there. Then the rest of us can enjoy a modern inner city pedestrian area that is safe for families and people with disabilities. The remaining businesses will soon realise that it is a goldmine to have a shop or cafe in an inner city area that is inviting for people to sit outside and to linger with friends and family - just like it is everywhere else in the world. I am so sick of the ODT's biassed reporting on this matter. Get a grip this is 2020 not 1920 - CARS ARE NOT THE FUTURE!

This is contributed Opinion, not reportage.

Hiya Lisa, I gather you aren't a big fan of budgets? Yes, lets waste MORE money on things the city would like but doesn't really need! Forget about prioritizing how money should best be spent. Lets give Lisa what she wants, an attractive place where she can linger & shop with family and friends! We wouldn't need any carparks if there was a train/tram/subway system in place. Unfortunately, unlike everyplace else in the world, Dunedin hasn't invested incrementally on infrastructure over the last 20 years. Consequently, it would be difficult and very expensive to turn the Dunedin center city into an inviting place for people to linger. Your right, cars aren't the future. But what you are proposing isn't the future either. Cities die and renew outward from center city (Concentric Zone Theory) This needs to happen to Dunedin. Revitalizing the CBD and rebuilding the hospital will prolong the misery you describe and further prevent the infrastructure upgrades the CBD needs to flourish. We all want change, the plan on the table is bastardised. People like you need to get a grip and ensure the mayor and DCC to the right thing not the expedient one. What's best for the people of the city?

None. Lisa referred to bias in reporting.

Just quietly there is nothing attractive about lingering customers in any cafe and as a seasoned traveller it simply isn't like that every where else in the world, that is a much misused and seldom checked patsy phrase. But back to the point, we will not have a vibrant inner city if we don't listen to those who live and work in it (DCC aside). We have a Council captured by some pretty average operators in the Mayor and Cr Benson Pope who seek to intimidate anyone who doesn't agree with them. This council will be presiding over the twitching carcasses of unsustainable business and the Mayor and Cr Benson Pope need to grow some emphathy for citizens who have differing views. Perhaps they should even listen to their own Councillors, now that would be novel.

Isn't Benson Pope the clown vacuuming and dusting in his underwear? If he can't figure out Skype how's he going figure out something more complicated? I liked it better when the politicians knew they weren't that bright and just sat there and colored inside the lines. The current lot just doesn't get it. The people despise them and don't take them seriously. Just color and leave the important decisions to the adults!

I lived through all these arguments previously, in a different country 20 to 30 years ago. Dunedin seems determined to drag itself out of the 60s and catapult itself straight into the 90s! City Centre bus exchanges, extortion parking charges, cycle lanes, pedestrianisation and commutor rail lines. When this is done and businesses start leaving the city centre in favour of out of town shopping malls and parks we will then start arguing over bringing back trams, introducing park and rides and bus lanes!
Whatever you think about pedestrianisation it is clear that our city leaders have failed to deliver a clear vision for the city's future, they appear to jump from one idea to another with no overall plan of fixed objective. Dunedin is unique, it's people are unique and we are living in unique times. This is not Madrid or Helsinki or 1990s Britain, what we need is a unique vision for Dunedin, one that inspires it people, one that has a clear plan with attainable objectives. What we need more than ever is strong leadership, however HMS Dunedin appears to of hit an iceberg and is now rudderless, heading into the unknown with no way to control it's direction!