The not-as-mighty-as-it-could-be Waiau River, near Clifden. PHOTO: DAVE LOUDON
There seems to be a steady stream of southern youngsters making their views known to Parliament.

A fortnight after the children of Hawea Flat school told MPs via Zoom what they thought about the quality, or otherwise, of their school bus service, pupils from Hauroko Valley Primary School and Waiau Area School were in Wellington in person, alongside the Waiau Rivercare Group (WRG), defending their awa.

That all changed in the 1970s when the Manapouri power scheme opened.

While the hydro station is several kilometres away from the Waiau, the lake it uses to generate electricity feeds water into the Waiau.

Crucially, unlike many hydro schemes which dam a river and discharge the water back into its tributaries, the water from Manapouri which might otherwise have fed the Waiau is channelled out into Doubtful Sound, rather than rippling down to Te Wae Wae Bay.

Waiau Rivercare Group co-chairman Paul Marshall, a local dairy farmer, estimates that just 5% of the Waiau River flows past its banks today, the rest discharging into the waters of the Fiordland National Park.

That might seem an outrageous amount of water to be extracting but Meridian, the operators of the Manapouri scheme, is entirely within its rights: the station is explicitly exempt from the Draft National Policy Statement for Freshwater Management.

That carve-out was created because of the reason why Manapouri was built, to satiate the enormous energy demands of the Tiwai Point aluminium smelter, the largest electricity user in New Zealand.

The smelter’s operators have been making suggestions for some years that its future was uncertain, rumblings which convinced the people living alongside the Waiau that they might be able to get at least some of their water back.

The WRG was set up in 2017 and has been a busy group, taking a case to the Environment Court and a petition to Parliament.

Its day in the sun came on Thursday, when it got to pitch its case to Parliament’s environment select committee, which is considering the WRG’s petition to remove the scheme’s exemption from the draft policy statement.

While Mr Marshall drafted the group’s written evidence and other WRG members there spoke in support, they were well aware their strongest assets were Waiau Area School pupils Oli Abbott(16) and Malakai Mangion (17) and Hauroko Valley Primary School pupils Libby Anderson and Tomas Clarke (both 10).

The committee chairwoman is Green MP Eugenie Sage, who is well versed in the issue. Quite apart from the Manapouri scheme being the wellspring of the New Zealand environmental movement, as a former associate Minister of the Environment paperwork relating to the Waiau has regularly flowed over her desk.

Whatever natural sympathies she and the rest of the committee might or might not have for the good folk of Whare Creek, Tuatapere and Clifden, their deliberations could all count for nought.

Coincidentally, that very morning, New Zealand Aluminium Smelters announced it intended to negotiate a new power deal to extend beyond the anticipated 2024 closure of the facility.

The people of the Waiau petition Parliament on behalf of their river. PHOTO: PARLIAMENT
The assertion by NZAS’s chief executive Chris Blenkiron that "we believe there is a positive pathway to securing a long-term presence for the smelter" does not bode well for the WRG’s hopes of seeing the Waiau surging towards the sea once more.

While Oli, Malakai, Libby and Tomas dream of a mighty river free of algal blooms and fit for swimming and fishing, the Government will be looking at the number of well-paid jobs at Tiwai and the inevitable shake-up of the power generating industry that the demise of the smelter would bring with it, and asking whether in the midst of difficult economic times it really wants to change the status quo.

People have been arguing about Lake Manapouri and the Waiau for 50 years, and this debate is surely going to continue for many years to come.

Later on Thursday the petitions committee resumed deliberations on Hawea Flat School’s bus petition, and heard from the Ministry of Education on the issue.

The committee, chaired by the pupil’s local MP Jacqui Dean, accepted the ministry’s position that it had national policies to implement, but left officials in little doubt that it had found the pupils’ concerns about their personal safety while using the buses were something it needed to genuinely consider.

Flattery will get you nowhere

Statistics Minister David Clark had a huge week, the Data and Statistics Bill he is shepherding through Parliament taking up an inordinate amount of MPs’ time.

On Wednesday he tried to start the debate off on the right note, telling assistant Speaker Ian McKelvie "When I know you're in the Chamber, Mr Chair, I take great pleasure in engaging in the committee stage debates, and I've got two lined up in the current session, so I look forward to take some quality time engaging with the debates".

However, sadly for the Dunedin Labour MP, that very minute Mr McKelvie was vacating the chair and Jenny Salesa was taking over.

Dr Clark was forced to quickly pivot: "And it is with some disappointment that I see you moving to another place in the Chamber, Mr Chair,’ he said.

"Your presence is always welcomed, but I also delight in Madam Chair being back in the chamber here to steward our debate on this incredibly important Bill."

Luckily for Dr Clark, as the committee stages took up much of Wednesday and all of Thursday morning, he had plenty of other chances to catch up with all his Speaker chums. 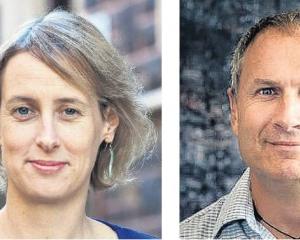 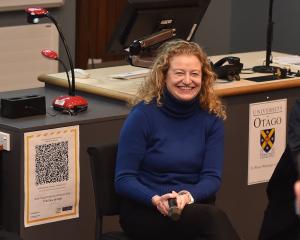 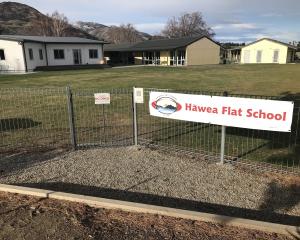