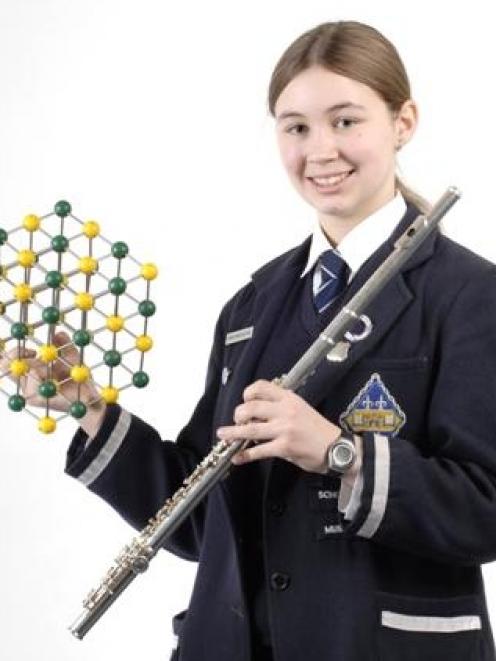 Patricia Larson
One of Patricia Larsen's earliest memories was of her mother using chemicals to set fire to her hands without burning them.

It was one of hundreds of regular experiments conducted by her parents - both chemists - at home and from that day on, the Otago Girls High School council prefect was sold on science.

This year, the 17-year-old won a prestigious prize for the best application of a scientific method, the National Institute of Water and Atmospheric Research prize, the National Institute of Chemistry prize and the Optometrist's Award at the Otago Science Fair for her project on "the refractive index of salt water and how it will change as global warming heats the oceans".

Patricia was selected to present her project at the International Youth Science and Technology Forum in Shanghai in July - a highlight of her science education.

Outside the labs, Patricia is passionate about French.

She was second in the 2008 Otago Alliance Francaise Oral French competition and spent two months on a student exchange in Valbonne, France.

In her spare time she plays flute in community ensembles, but has had to sacrifice performing in several school ensembles this year to focus on science.

Patricia plans to study physics, pharmacology or medicinal chemistry in the hope of becoming a research scientist.

Role model: "My mum. She's an organic chemist at the New Zealand Institute for Crop and Food Research."

Hopes for the future: To become a research scientist.