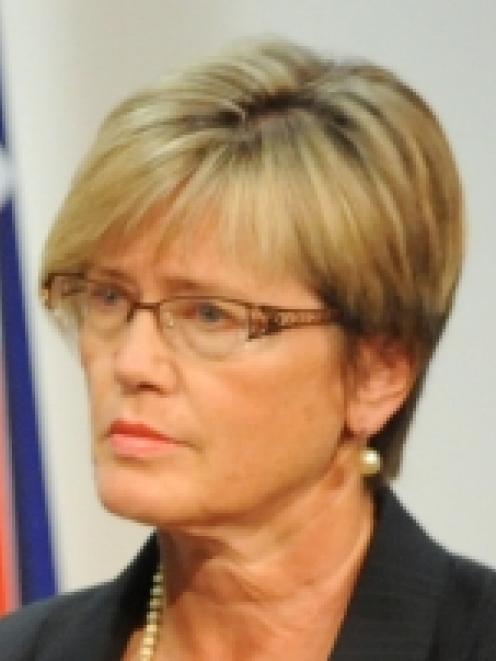 Kerry Prendergast
Wellington's new mayor Celia Wade-Brown says the closeness of her victory over incumbent Kerry Prendergast highlights the need for inclusiveness in her term as mayor.

Ms Wade-Brown, of the Green Party, took the mayoralty after the counting of special votes was completed this afternoon.

She beat three-term mayor Ms Prendergast by a total of 176 votes (24,881 to 24,705), believed to be the closest mayoral race the capital has seen, after being behind by 40 votes on election day, council spokesman Richard MacLean said.

A total of 632 special votes were included in the result, Mr MacLean said.

Speaking at a press conference at the Wellington City Council building Ms Wade-Brown said her election as mayor was an "amazing and deeply democratic outcome".

"I'm in the position to lead on issues of transport choice, clean technology and local community support," she said.

The closeness of the election highlighted the need for inclusiveness in her term.

"Although Wellington has spoken for a change, it's a very close call, so it's doubly important to involve people and consult, as was my intention any way."

She thanked her husband, supporters, other candidates and Ms Prendergast for running a clean campaign.

"Kerry and I both believe we ran a very clean, fair campaign, so I'd like to acknowledge the hard work and love of Wellington that Kerry's put in the last nine years as mayor."

Ms Wade-Brown campaigned on environmental issues and supports having light rail in Wellington by 2020.

Green Party co-leader Dr Russel Norman offered his congratulations to Ms Wade-Brown saying her election was "another milestone for the green movement in New Zealand".

"The voters of both Wellington and Auckland have delivered a message that their priority is public transport rather than building new roads," she told NZPA.

Green Party had a history of doing well in special votes and she expected Ms Wade-Brown to make up the election night deficit.

Her election showed "the Greens can be a credible force in governing communities".

Prime Minister John Key congratulated Ms Wade-Brown and said he was looking forward to getting to know her and working with her on the issues the capital faced.

He also paid tribute to Ms Prendergast, who had "led the city passionately for the past nine years".

"Kerry has been great to work with and I'd like to acknowledge her huge contribution to Wellington city during her time as mayor," Mr Key said

He said she had been a dedicated and energetic councillor and he looked forward to her bringing those qualities to her mayoralty.

"I particularly look forward to working with Celia in further developing the Great Harbour Way cycle-route which I am a great supporter," Mr Dunne said.

He said Ms Prendergast had been a passionate and hardworking mayor for the past nine years who had been tireless in her advocacy on behalf of the city.

In a statement Ms Prendergast congratulated Ms Wade-Brown and said it had been an honour to serve as mayor for nine years.

"It goes without saying that I am tremendously disappointed at the outcome of the election. But I congratulate Celia and sincerely wish her all the very best for the huge job she now faces," she said.

"It has been the best job in the world, and I will miss it."

Ms Prendergast said before today's result was known that the Single Transferable Vote (STV) system could cost her the election.

Ms Wade-Brown today dismissed those comments as "first past the post thinking".

Ms Prendergast served as mayor of Wellington from 2001 and was the city's second woman mayor.

Wellington Employers' Chamber of Commerce said they looked forward to working with Ms Wade-Brown over the next three years.

"Celia shares our vision of a vibrant business community and we look forward to supporting policies which enhance Wellington as a good city to do business in," chamber president Richard Stone said.