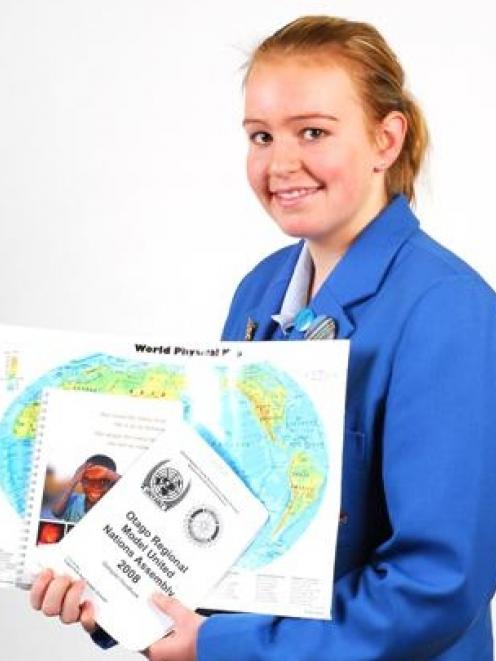 Cazna Savell
"People ask me what I'm doing after school and I give them a great big long list of activities. They say, 'Why do you do so much?' and I say, 'Why not?"'

Most days, Cazna is working on many of the activities for her fellow pupils and says while they are a lot of responsibility, there are many rewards.

She is a quiet leader, motivator and achiever, and says delegation is the key to her success.

"For many people, it's too easy to stand by the sideline and watch others do the work. I get them to do little things for a start and then they get sucked in.

"It's great to watch them grow and eventually they start to come up with initiatives to help. That's the biggest reward for me."

Earlier this year Cazna organised a "can drive" for the SPCA.

Initially it was for Interact Club members but it quickly grew into a school-wide activity.

"It was a competition between classes which brought a sense of community to the school as well as helping an important organisation."

Cazna wants to study law and politics at the University of Otago and is aiming to work in the Ministry of Foreign Affairs and Trade.

She hopes it will be a stepping stone to an apprenticeship in the United Nations.

Hopes for the future: To become a United Nations delegate.