Quirky tribute to champion of old 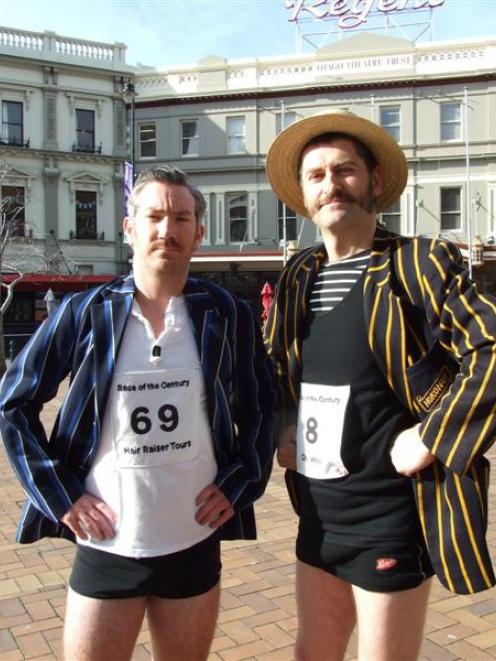 Today, at noon in the Octagon, the pair will don racing singlets and go heel-to-toe in the inaugural Joe Scott Memorial Walk to celebrate a relatively unknown Dunedin sporting legend. Scott was New Zealand's first world champion athlete, who won the world race walking title in 1888.

The "Race of the Century" is one of Celebrate Hidden Dunedin's quirkier events, styled on the endurance walking races that were popular in Victorian times.

At the time, Scott, an Irish-born Dunedin bootmaker, was king of race walking. He rose to prominence in 1875 as a 15-year-old, beating an Australian champion and going on to beat New Zealand and British champions in extraordinary races, covering distances up to 114 miles (182km). In 1885 Scott carved eight minutes off a world record, completing a 100 mile (160km) race in a shade under 18 hours.

"Legend has it that Joe Scott's training regimen included getting up early in the weekends and walking from Northeast Valley to Waitati and back, returning in time to cook breakfast for his family," Smith said.

Don't expect any records to fall today. The event is more about bringing fun to the Octagon and celebrating Dunedin and its many hidden treasures.

"We want people to engage with us and to ask us about the city," Smith said.

The pair will have regular breaks, including a 2pm tea break, which the public are invited to sit in on, and finish about 4pm.

Where: The Octagon, Dunedin.

When: Today from noon.