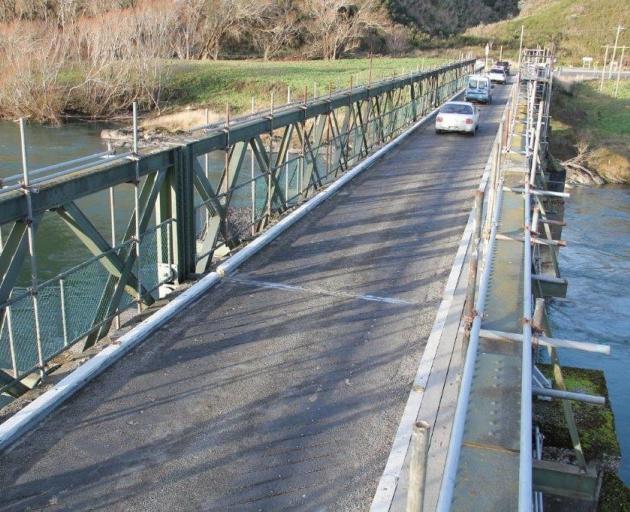 An application for funding on the $20million project is the next step on the agency's checklist, following months of detailed planning and engagement with the community.

The agency said the start of construction was dependent on the timing and the outcome of detailed design work and construction of the highway works.

Agency senior project manager Simon Underwood said an application for funding for construction was about to be submitted to the agency funding body, followed by a month-long assessment period.

Landowners who were directly affected by the project had been consulted by the agency.

"Dependent on progress with property purchases required to build the new bridge, it could be under way late 2020," Mr Underwood said.

Construction of the the 190m bridge is expected to take two years.

The bridge, which dates from the 1880s, is one of the few wrought iron bridges remaining on New Zealand's highway network.