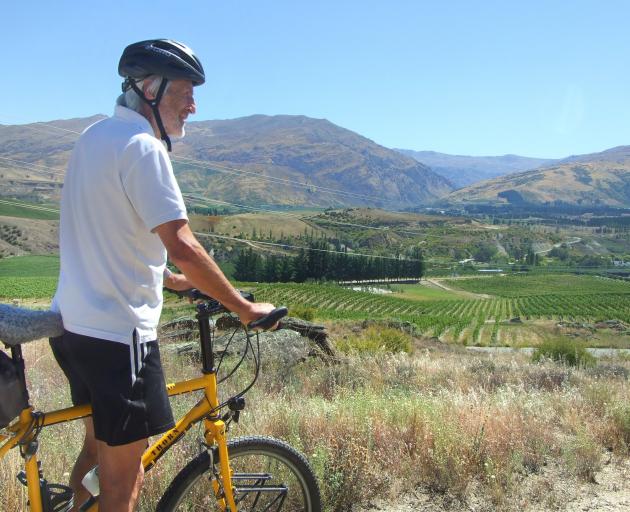 This year's Goldfields Cavalcade event begins today as around 620 people set off into the Central Otago highlands in a re-enactment of the Gold Rush era over the next seven days.

In a break with tradition, mountain bike and e-bike riders will also trek to Hawea alongside wagon and horse cavalcades and foot trail groups.

Push Bike Trail boss Tim Hawkins said it was good for the event to do something different.

"It might not be relevant to the old gold rush days but if bicycles introduce people to the Central Otago landscape, then it's fair enough. It's good to try something new.''

Two additional wagons with teams of six horses have travelled down from Canterbury for the event.

Cavalcade co-ordinator Terry Davis said the popularity of last year's event and ``the attraction of Hawea as a destination'' helped propel participant numbers to the largest since 1998's "Otago 150 year anniversary'' cavalcade to Cromwell, which had 800 entrants.

Mr Davis said it was a predominantly senior age group with a "hardcore group'' of people in their 80s participating.

"The fact we've opened it up to mountain bikes and e-bikes is great. Some people can't physically walk the cavalcade or ride a horse but they can do it on an e-bike. They had bicycles in the late 1800s in the goldfields, so it's not completely inappropriate.''

Although mountain biking has been added, a key aim for organisers is to retain the ``core values'' of the event, said Mr Davis.

"We've tweaked a few things. But we're still staying in woolsheds and tents and keeping it very basic. We don't want to change it to everyone staying in fancy lodges.''

Organisers had held concerns over the fire risk and the length of grass but Mr Davis said those fears were put to ease upon checking the forecast.

"The forecast is for much cooler temperatures. It suits us right down to the ground.''

The event runs from today until March 2.