Business owners frustrated after another incident 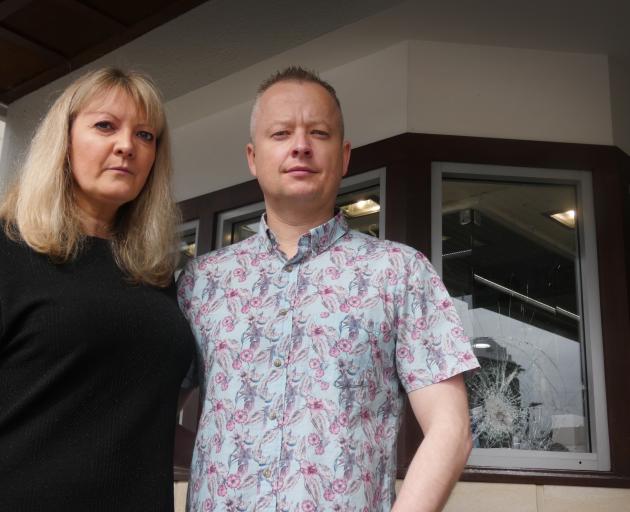 Jamies Jewellers owners Rachel and Clyde Vellacott assess the damage following an attempted burglary on Tuesday. Photo: Adam Burns
Owners of an Alexandra jewellers are relieved their shop's ''bulletproof glass'' was able to withstand an attempted break-in this week.

However, they are annoyed local retailers in the town are being targeted. 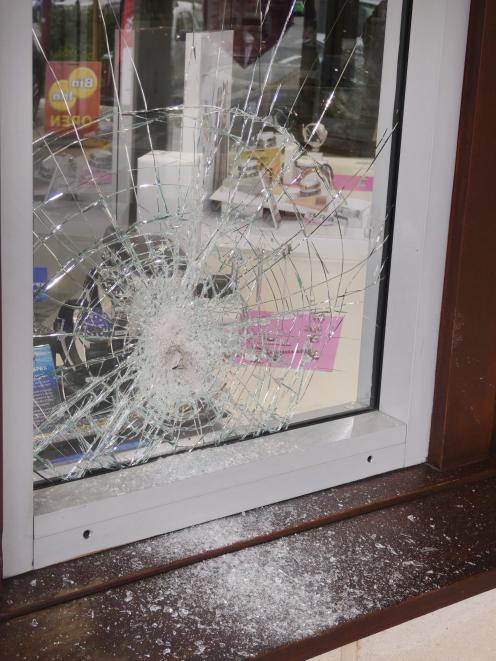 Nothing was taken as the would-be thief was unable to break through the window to enter the premises.

''Even though they didn't get in, we have crap to clean up and have to pay an excess on insurance - it still costs money,'' Ms Vellacott said.

It is the second store in the Alexandra street to be targeted by burglars in less than a week.

Ms Vellacott said it was a worrying trend for such a small town.

''You don't really expect ... so much crime in a small amount of time.

''We're local business owners. Why are people targeting people who support their community?''

Central Otago Sports Depot co-owner Stuart Middendorf retrieved $900 worth of goods after he chased down an alleged thief on Friday. 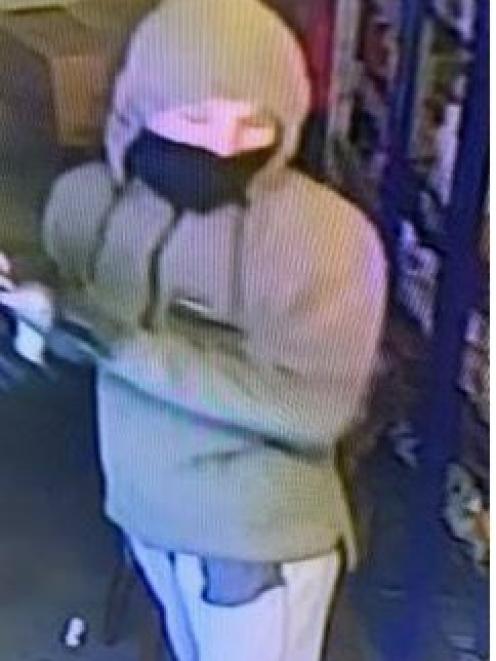 This person is being sought after the Salford St Dairy in Invercargill was robbed last week. Photo: Supplied
A police spokeswoman said a vehicle was broken into in Theyers St earlier this week. A set of keys was reported to be missing from the vehicle.

It was the second incident for the business this year.

Cash, stock and a computer totalling about $15,000 were taken from their Queenstown store during a smash-and-grab heist in April.

Police have released an image of a person who allegedly robbed a dairy.

They have appealed for information following the burglary of the Salford St Dairy, in Invercargill, about 11.30pm last Thursday.

Two offenders smashed the front door in and entered the shop, where they stole vape fluid cartridges and vaping devices.