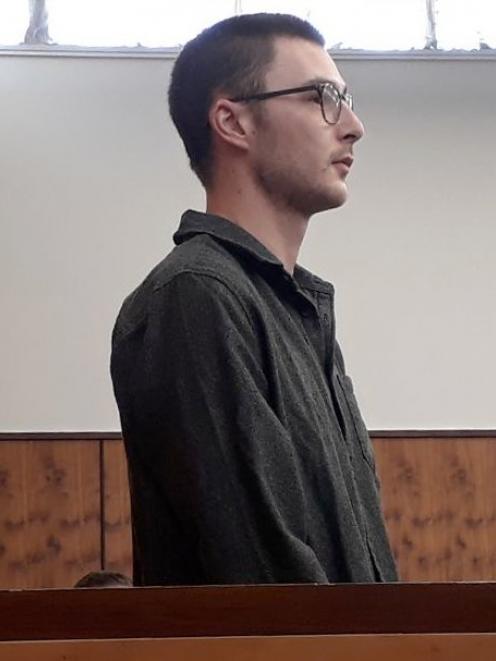 Marley Dale Ferguson (23) was sentenced in the Alexandra District Court yesterday for what Judge Dominic Flatley described as serious offending.

Ferguson, who had managed Cafe Rossi, admitted theft by a person in a special relationship between July 1 and September 11.

Judge Flatley said Ferguson was kept on after new owners took over the cafe; they noticed an unusually large number of credits being cashed up. Cameras were installed and showed Ferguson ringing up credit and taking cash from the till.

When spoken to by police, he immediately confessed.

Ferguson initially stole small amounts of money to pay bills but as time went on, and the stealing was undetected, he took larger amounts to buy ‘‘luxuries’’, Judge Flatley said..

The maximum penalty for the charge was seven years’ jail.

Ferguson was in a position of responsibility and breached that trust, the offending was planned and the amount taken was a large portion of the cafe owners’ income ‘‘which could effectively have ruined them’’.

He was sentenced to 400 hours’ community work, six months’ community detention, nine months’ supervision and ordered to pay reparation of $24,978.

Counsel Kieran Tohill said Ferguson was a first-time offender and described his offending as easily uncovered, unsophisticated, and motivated by ‘‘deemed need rather than straight greed’’.

Ferguson was thankful his former employers had been understanding and was committed to paying the money back.

Judge Flatley said the cafe owners wanted Ferguson to retain his liberty and get on with his life. They trusted him to pay the money back.