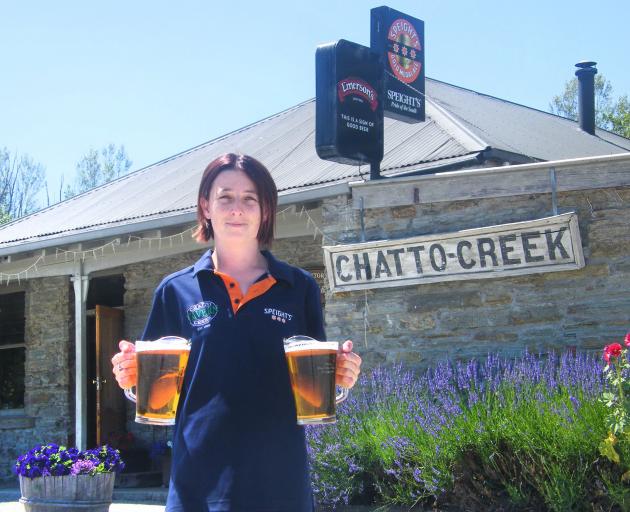 Chatto Creek Tavern staff member Ellen Naylor carries the essentials in front of the historic pub. Photo: Adam Burns
The number of country pubs being put on the market in Central Otago suggests they have become a casualty of changing times, but growth has also presented new clients and new opportunities for some. Adam Burns spoke to a handful of pub owners, old and new, about the challenges they face.

Like the communities and the economies around them, classic country pubs have been forced to deal with change.

They still have the people, the yarns, the pies and the beer — but their owners are working hard to keep them afloat.

In some cases, the struggle has become too great as the trends of declining local custom, long hours and rising costs coalesce into a nationwide trend of closing up shop.

"Nowadays pubs are quite a challenge," Mr Gallagher told the ODT last February.

Since then, a Cycle Surgery sign had been erected at the former Dunstan Hotel site, confirming residents’ fears the pub would not return.

Elsewhere, the Omakau Commercial Hotel and the Ranfurly Hotel have recently been sold and other institutions, such as the

"The old days of someone turning up at 10 o’clock in the morning and staying there until 11 o’clock at night are long gone," he said.

"Those people no longer exist."

Drink driving laws, smokefree regulations and other economic factors had had an impact.

State Highway 8 through the Teviot Valley was once sprinkled with country pubs, comprising spots in Beaumont, Raes Junction, two in Millers Flat, Ettrick, three in Roxburgh, and Shingle Creek.

"The slightest digression in the country and you’re being hammered by the police with the threat of losing your licence and with that your livelihood."

The Chatto Creek Tavern, which first opened in 1886, is set to be put on the market.

Manger Nikki Payne said her mother, Lesley Middlemass, had owned the pub for more than 20 years and was ready for a change in lifestyle.

"I’m certain she is the longest running publican on the rail trail.

Bikers of a different kind had also frequented the tavern.

The Chatto Creek Motorcycle Club had used the venue as its permanent clubrooms and last year celebrated its 30 year anniversary there.

She said quieter winters were always challenging times for the business.

Due to the amount of cyclists who came through the front door, she believed no country pub in that part of Central Otago would survive without the presence of the Otago Central Rail Trail. 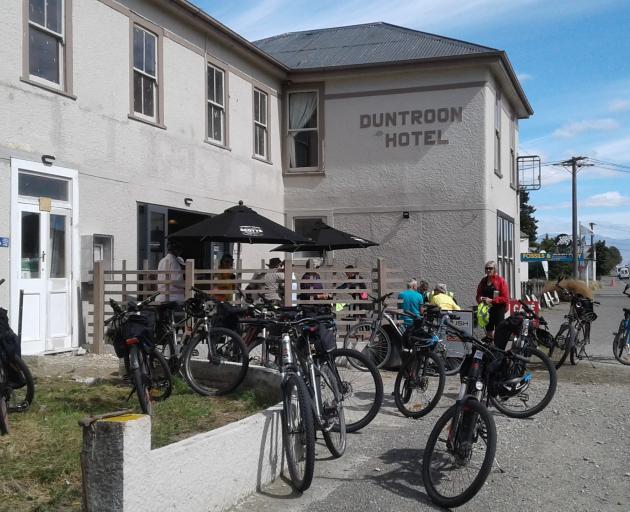 The owners of the Duntroon Hotel say cyclists are prominent clients of the pub. Photo: Supplied
That sentiment was echoed by Duntroon Hotel owners Brent Murdoch and Ken Urquhart.

"While the local trade is an important part of the business all year round, it would be a struggle to be viable without the cycle trail custom and the accommodation during the cycle season," Mr Murdoch said.

"Having great meals on offer is also very important."

The historic North Otago pub reopened last year after the Waitaki District Council shut it down in December 2016 due to concerns about it being used for accommodation without an appropriate fire alarm system.

Despite the isolated location of the Central Otago countryside, some establishments were thriving because they offered something different.

Blacks Hotel in Ophir was ticking along nicely and its owners had no plans to sell.

It was first built in 1937 and had been overhauled after its latest owners purchased it in 2016. The overhaul included its accommodation space, where 10 rooms were given a distinct theme. 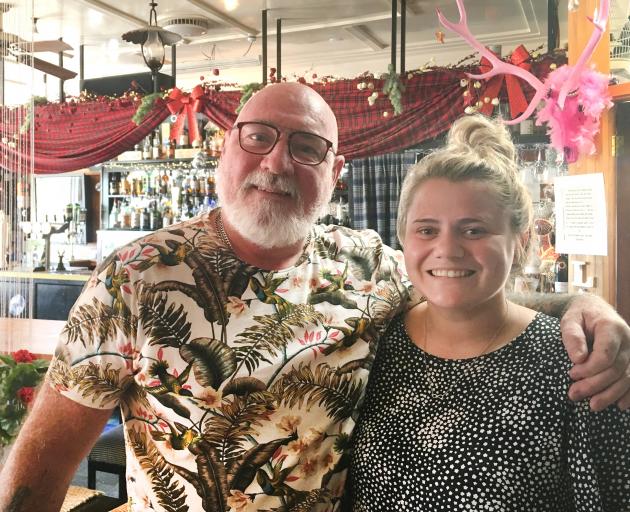 "When we came here it was pretty bland.

"People now think it’s real quirky, tying into the Scottish theme as well, through my background and the huge Scottish influence in Central Otago."

Mr Stoddart said the pub had been savvy in promoting itself through social media and had a few weddings coming up.

An expansion of the bar, including a switch from traditional beers to more craft-based ales, was another change Blacks Hotel had made.

"You just have to move with the times," event co-ordinator Jaz Campbell said.

Tourism and hospitality business broker Peter Gale said there were some savvy operators capitalising on the region’s growth and moving with the times.

"Driving through Central Otago it would be easy to get the impression that just about every country pub is for sale.

"That would have been close to the truth a few years ago when the drink-driving limit was reduced."

Some of the smaller, more remote country pubs had struggled to establish a profitable niche in the changed environment, he said.

However, he believed there remained opportunities for prospective owners who were willing to toil hard.

"Having one person attending to the bar and accommodation, and the other in the kitchen, can be a workable formula.

It would suit "someone who is motivated, innovative, service-oriented and prepared to work hard in a growth industry".