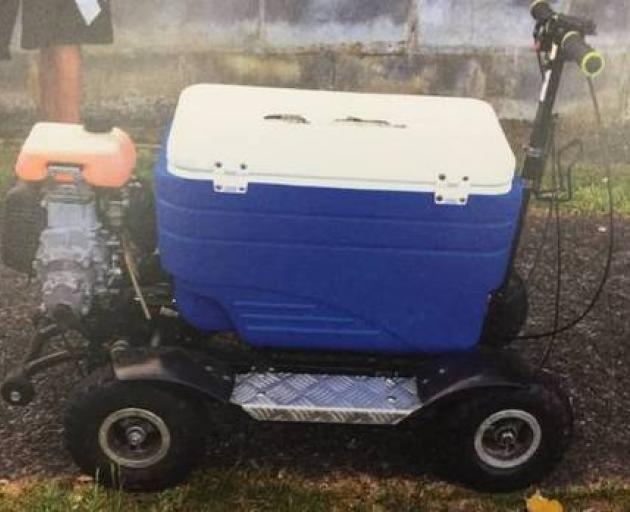 Anna Lea Pilgrim (40), car groomer, of Alexandra, was the latest joyrider to face a charge of drink-driving when she appeared before Judge John MacDonald in Alexandra District Court yesterday.

Pilgrim was stationary when she was spoken to police on May 9, after riding a motorised chilly bin in the street next to the kerb in Clutha St, Alexandra.

She had driven the chilly bin with breath-alcohol of 894mcg and was instantly disqualified from driving for 28 days.

Judge MacDonald was wry in his assessment of the case.

"I don’t want to see any more about motorised chilly bins.

"Is this a Central Otago problem?"

Counsel Megan McCrostie acknowledged that in normal circumstances, the defendant would be considered for an interlock licence.

However, she asked Judge MacDonald to consider a lesser penalty due to a range of factors, including the fact Pilgrim travelled less than 100 metres and would have travelled at a speed of 5kmh-10kmh.

Judge MacDonald took into consideration that Pilgrim had no previous convictions and would need to drive to continue her business effectively.

He said an interlock licence would outweigh the gravity of the offending, but noted the level of alcohol was high and should not be downplayed.

Pilgrim was discharged without conviction, disqualified for a further month and ordered to pay a donation to a charity of her choice.

His chilly bin antics took place in a Cromwell car park when he had a breath-alcohol level of 540mcg.