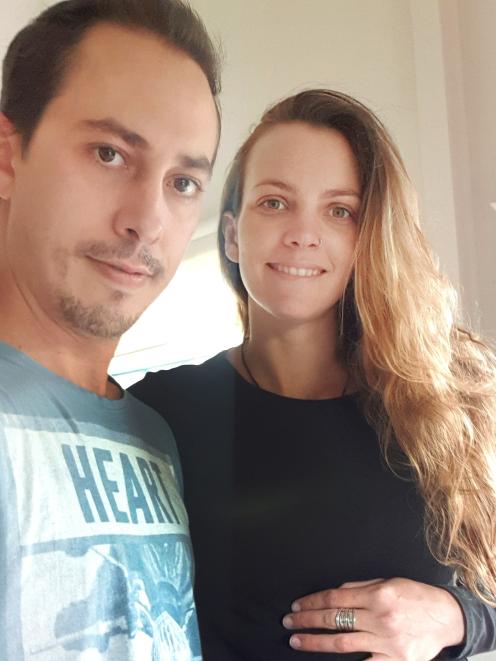 Gabriel and Paula Campos’ New Zealand dream has been tainted by Covid-19. PHOTO: PAULA CAMPOS
The Cromwell and Brazilian communities have rallied to help a couple from South Brazil.

Paula Campos, a yoga instructor, said and she and her chef husband Gabriel, from Curitiba - about 850km south of Rio de Janeiro - are expecting their first child, a daughter, and came to New Zealand in 2017 to seek a new life away from a government they see as oppressive.

Mrs Campos said New Zealand was perfect for them.

"We began to work in hospitality; we decided to make a family here.

"My husband was a sous chef in a lovely place for two years and because of my pregnancy he decided to find a job near home, to spend more time with me, and it isn’t easy when an immigrant wants to change job - we have to pay for a variation of conditions in our visas which is $200 and takes one month to get."

Despite the cost of visas, both she and her husband found work in Cromwell after moving from Queenstown to avoid sharing accommodation - but a month later her husband lost his job.

"That was March 10 and they didn’t want him - Covid-19 was already around, we didn’t know about the lockdown yet, but I’m sure establishments knew. It wasn’t easy to find a job in hospitality, [and] a week later New Zealand was shut down."

She said her husband contacted his employer and was told government subsidies were unavailable to him. Meanwhile, she was about to give notice to take maternity leave, and as bills mounted she contacted her landlord.

"He is an Aussie and lives in Australia. My property manager is awesome and she said to pay when and how much we could."

The uncertainty is hard going, she said.

"Our home is New Zealand now, we hate the [Brazilian] Government - to go back would be the end of world."

Tempering the uncertainty is the support shown by both Cromwell and the Brazilian community, Mrs Campos said.

"The Brazilian community turned [into] our family; we’ve got so much help.

"Many Kiwis showed us what love really is. We are trying to get through this but have much more strength to fight."