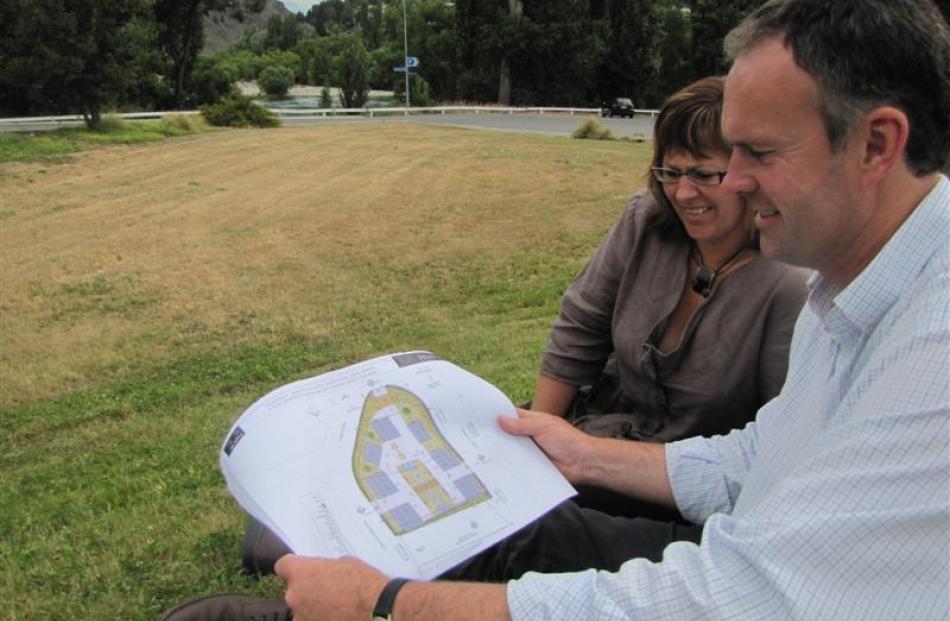 Rory and Karen McLellan, of Alexandra, consider their proposals for a shantytown-like development to attract people to the Alexandra riverfront. Photo by Sarah Marquet. 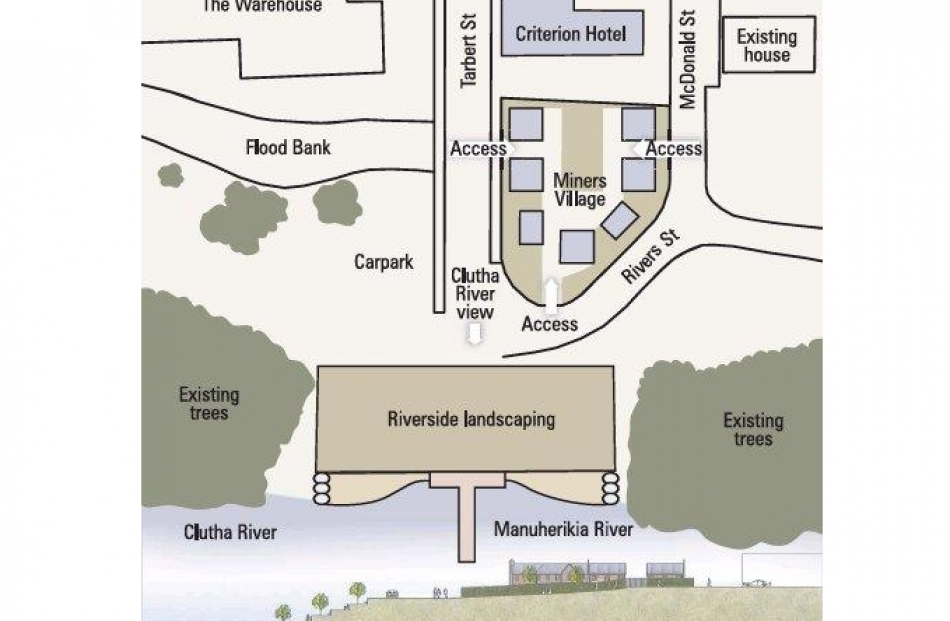 An Alexandra couple are proposing a shantytown-like development for the town's riverfront in the hope it will attract more people to the area and teach them about gold-mining history.

If Rory and Karen McLellan's proposal went ahead, vacant Crown-owned land beside the Criterion Hotel, in Tarbert St, would be transformed into a mock miners' village with replicas of miners' huts and mining implements. There would be a small stream where people could pan for gold, as well as a cafe, ablutions block and picnic areas.

The land in front of this area - the Clutha River bank - would be transformed into a terraced barbecue and picnic area with a wheelchair-accessible ramp in the middle, leading to a floating pontoon where boats could be moored.

This area would be engineered to withstand flooding, while the area containing the huts would be above the flood bank.

Also, because he had been searching for an idea to help teach children about local history, and he wanted to see better use made of the river.

"The Clutha River is one of the most beautiful in the world, but poor access means it's not a focal point for the town."

The huts would be built as authentically as possible to depict how the miners would have lived, but they would also be built to stand the test of time so the area would still look good in 50 or so years, he said.

Initial talks with stakeholders such as Land Information New Zealand and Contact Energy had been positive, and as the project was still just a proposal, the next step would be to gauge both business and public support, Mr McLellan said.

"[These] ideas are what Alexandra needs; more features to attract people in.

"We have the best river frontage in the country so why not make it presentable; a place people want to go."

Mr McLellan said they were forming a trust to take control of the proposal and, if it went ahead, they would apply to community funding agencies.

He estimated the development would cost a little more than $1 million and take about a year to construct.