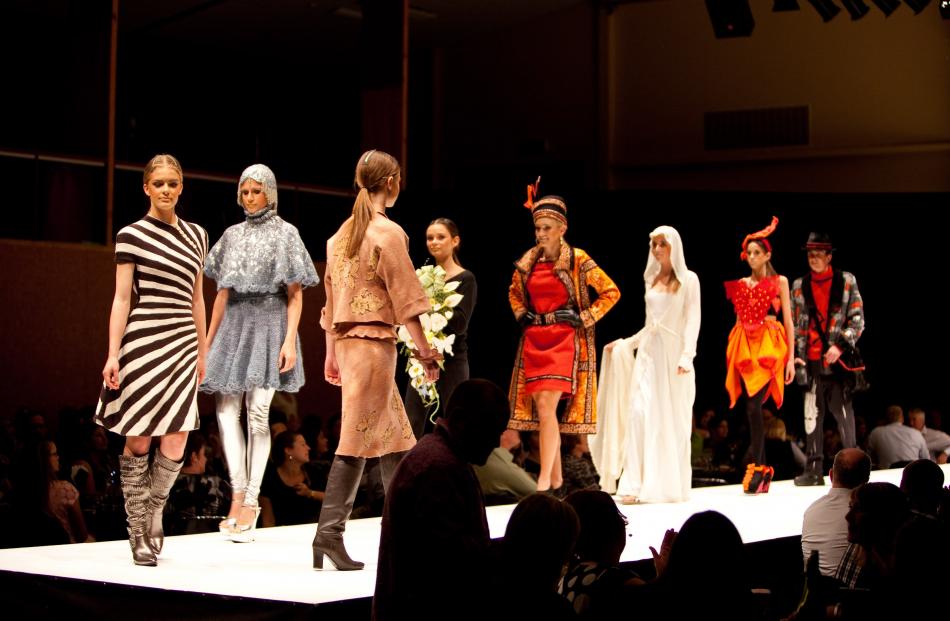 Daphne Randle's "Radiation" (left) parades the catwalk with other category winners at the 2013 WoolOn in Alexandra. The garment won the supreme WoolOn award that year. PHOTO: JANYNE FLETCHER 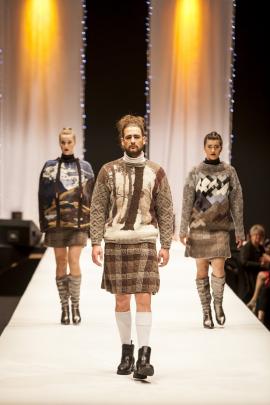 Daphne Randle's prizewinning garments are modelled in the collections category of the 2015 WoolOn. PHOTO: JANYNE FLETCHER

A multi-award-winning Alexandra designer says she will boycott next year's WoolOn Fashion Awards following news the event has been moved out of Alexandra to Cromwell. 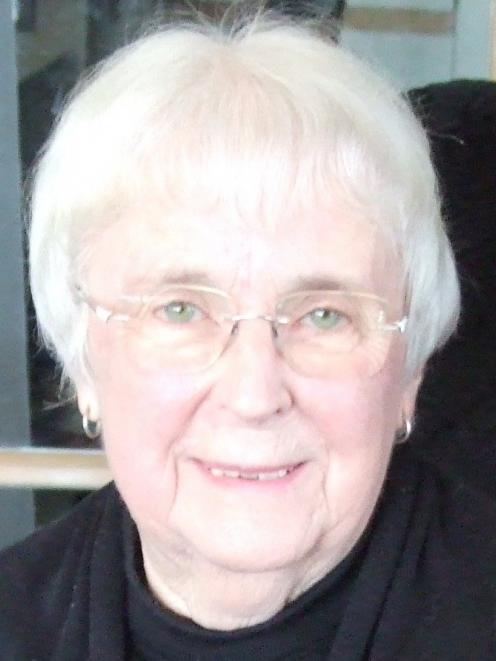 Daphne Randle, who has won multiple awards at WoolOn and other fashion events, including winning the WoolOn supreme award several times, said she was "broken-hearted'' the event would be held at Highlands Motorsport Park next year and she would
not enter the event for that reason.

Other former designers and community leaders have also said they are "angry'', "disappointed'' and "sad'' about the event leaving Alexandra and it is a blow to the town.

WoolOn chairwoman Victoria Ravenscroft announced the new venue yesterday and said the WoolOn committee was "excited'' about the event being held at Highlands.

It follows months of uncertainty for the event and calls from many for it to remain in Alexandra, after the 2019 WoolOn was cancelled just months before it was due to be held, organisers citing venue issues.

Ms Ravenscroft that said Highlands was chosen from a shortlist of three venues.

The other two were from Alexandra and included the Dunstan High School gymnasium, which was the WoolOn venue for many years.

The fashion awards originated in Alexandra in the 1980s as part of the Merino Shears, and evolved into WoolOn.

Mrs Randle said there had been no consultation with designers about the venue for the next WoolOn, nor about a change the committee made to the WoolOn constitution in August that took out a rule the event must be held within 18km of Alexandra.

An accompanying statement from Ms Ravenscroft to the Charities Commission on August 2 about the change said it would allow "for the event to be moved to a new venue which in turn will ensure the growth of WoolOn into the future''.

When asked if the WoolOn committee had tried to keep the event in Alexandra, Ms Ravenscroft said "the committee looked at all options carefully and this decision was not made lightly''.

She said it was hoped the new venue would mean the event would gain "more exposure for designers and sponsors''.

She said she would be angry if the event did not return to Alexandra.

Former Central Otago deputy mayor Daphne Hull said the committee should reconsider its decision, and that she was "very, very cross'' about the event leaving Alexandra.