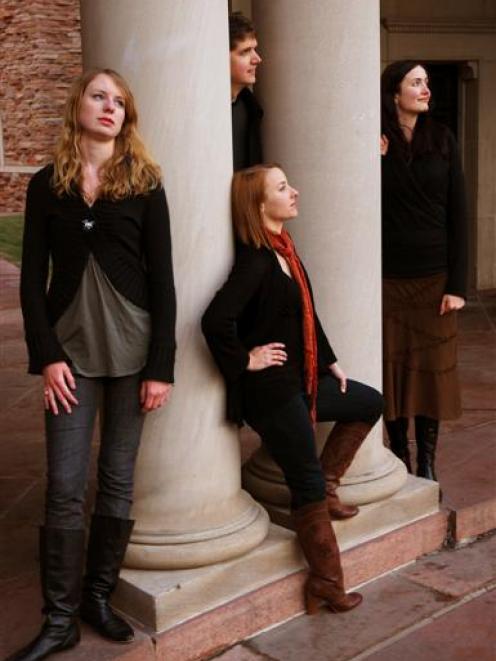 The 25-year-old is spending this week with parents Judy and Tony Banks at Earnscleugh while rehearsing for a series of New Zealand concerts as part of the Tasman String Quartet.

Although she would like to be able to pursue her career in this country, Miss Banks is happy to be "immersed in music" in the United States and travelling to Europe to take part in music competitions.

"I love being back in Central Otago, but for now, America is where the opportunities are and the work is," she said.

After completing undergraduate studies at Otago University and Toronto University, she studied at the New England Conservatory of Music in Boston. In 2006, Miss Banks was the first recipient of a Central Lakes arts scholarship, worth $20,000.

She is now the "new girl" in the Tasman String Quartet and fellow musicians Christiaan and Anna van der Zee and Miranda Wilson are also New Zealanders based in the United States.

The quartet will perform in Queenstown on Saturday, Alexandra on Sunday, Dunedin on Tuesday.

Soon the group will travel to Banff, Canada for the Arts Chamber Music Festival before taking up a two-year residency at the University of Illinois, assisting the Pacifica Quartet with teaching.

The quartet will receive a basic salary and can supplement that by performing and taking part in competitions.

They spent February in Alabama, performing all over the state, including concerts at primary schools and even at a men's medium security prison.

"That was a first, but we'd like to do it again," Miss Banks said. "It was amazing to watch their faces during the concert."