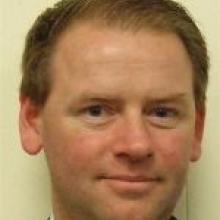 Mark Chrisp
A blanket ban on damming the Nevis River would be inappropriate, considering the Government's emphasis on using renewable sources of energy for power generation, power companies told the Nevis hearing yesterday.

Witnesses for Contact Energy and TrustPower were giving evidence on the 13th day of the hearing into whether the existing Water Conservation Order (WCO) on the Nevis should be amended.

Both power companies said the resource consent process was an appropriate way to deal with any application for a hydro-electricity scheme and to deal with the effects.

Contact witness, environmental planner Mark Chrisp, of Hamilton, said the main tension was between the fisheries value associated with the Nevis on one hand, and its electricity-generation potential as a community value on the other.

Those two matters were considered during the original WCO application and formed part of the decision when it was approved in 1997.

The New Zealand and Otago Fish and Game Councils have sought an amendment to the WCO to tighten the protection on the river and remove the possibility of a generation scheme proceeding.

Pioneer Generation has considered options for hydro-electricity schemes and is opposing the amendment to the WCO, along with Contact and TrustPower.

The existing WCO protects the wild and scenic characteristics of the Nevis but does not prohibit damming.

Mr Chrisp said no application had been made to dam the Nevis and nor had a proper assessment been made of the actual or potential environmental effects of such a proposal.

"It is important to keep in mind that this hearing is not to determine the merits or otherwise of any proposal to dam the Nevis River for electricity-generation purposes," Mr Chrisp said.

Fish and Game had sought the amendment to the WCO as a "pre-emptive strike" before any specific proposals to dam the river were developed and advanced through the resource consent process, he said.

Survey results had shown catching large fish was an important feature of the Nevis angling experience.

Catching large fish and the enjoyment of the surroundings were important features of any fishing experience: "This is not something that is unique to the Nevis River," Mr Chrisp said.

Contact counsel Paul Beverley said nothing had changed to justify amending the WCO.

"The political and regulatory response to the threats of climate change and concerns over the supply of the electricity are relevant considerations for this tribunal and a ban on damming is inappropriate in light of those developments," he said.

It was unnecessary to prohibit dams to protect any fish species as there were other ways to protect the species.

Counsel for TrustPower Lara Burkhardt said the tribunal should give weight to the needs of industry to have a secure energy supply, the contribution of renewable energy and the benefits that would flow to local and wider communities.

Players: NZ and Otago Fish and Game Councils want the changes; Pioneer Generation, Contact and TrustPower among those opposing.

Today: The CO district and Otago regional councils give evidence.

Quote of the day: "...The potential benefits of any future proposal to dam the river are relevant . . . given the obvious need of primary and secondary industry, and of the community generally, for electricity." - Contact Energy counsel Paul Beverley