End of the road for long line of poplars 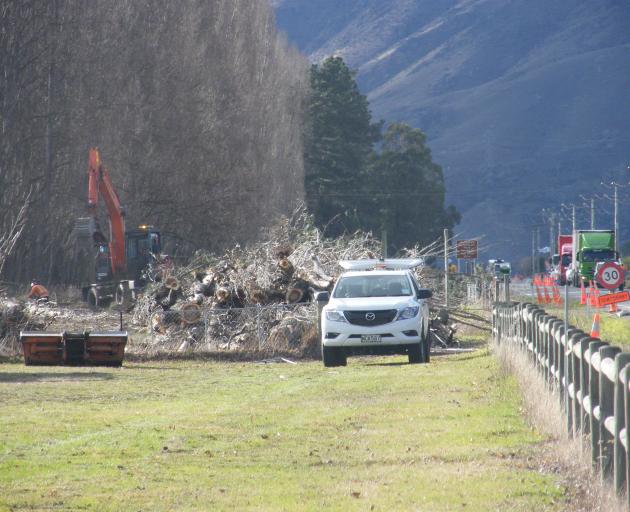 Poplar tree felling was in full swing yesterday along State Highway 6 near Cromwell yesterday. Photo: Adam Burns
A row of trees near Cromwell, deemed dangerous, have been given the chop.

The NZ Transport Agency has felled the poplars, on Ripponvale straight, as a safety measure. 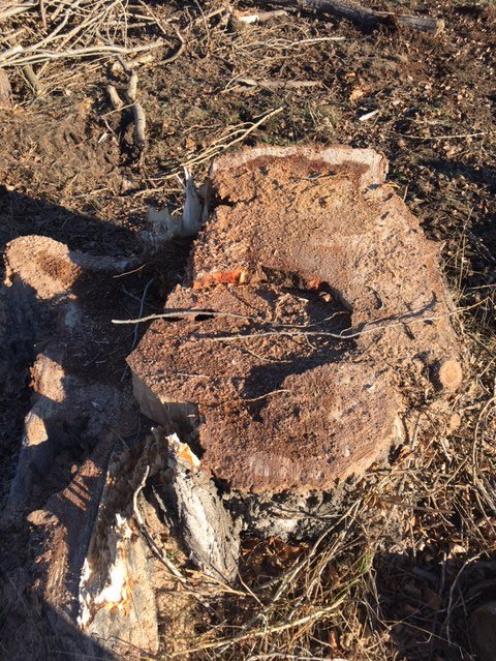 A rotten tree base. Photo: NZTA
The well known, much photographed trees have been removed over the past week, as part of work along State Highway 6.

The work, which began last Wednesday, is on a section of agency-owned road reserve land between the Sandflat Rd turnoff and the Sarita Orchard.

''Recent assessment of these trees, completed by an arborist ... has deemed them dangerous due to both fire damage and extensive rot damage at the base of the trunks.

He said that the edge of the road was 24m away so, if they were to fall, they could do so on both traffic lanes, endangering people's lives.

''Poplars like these ones, while iconic, can have relatively short lifespans, due to fungal diseases and decay.''

Mr Stewart said the work was likely to be completed over the next month.

I grew up near this autumn beauty spot, they have been there for many decades which leads to the question, are they going to plant new poplars there? Or will it be: "we'd only have to cut them down again sometime..."