Farmer plagued by rabbits in life and grave 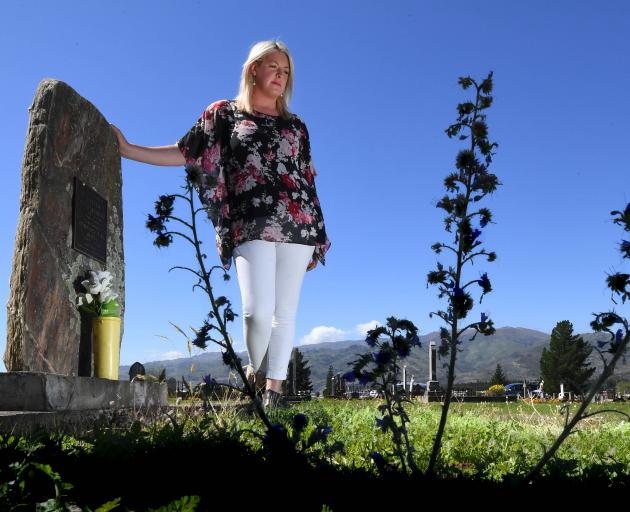 Sarah Perriam believes her grandfather, Charlie Perriam, would be delighted at the introduction of a new rabbit killing virus. PHOTO: STEPHEN JAQUIERY
Sarah Perriam finds it ironic her late grandfather spent his lifetime fighting rabbits - and he is still plagued by them in death.

Looking at signs of rabbits digging on Charlie Perriam's grave in the Cromwell cemetery yesterday, Ms Perriam recalled how the Central Otago farmer, who died in 2009, even had a team of ferrets to try to keep numbers down on his Lowburn property.

Her own earliest rabbit-related memory was the illegal release of the rabbit calicivirus in 1997, when she was about 12.

She recalled how there was a lot going on around the district that was not allowed to be discussed at school.

But they were serious times. Farmers were plagued by rabbits, and they were driven to despair.

Ms Perriam was thrilled about the K5 rabbit virus release, saying she believed rabbit numbers in the Lowburn area were as bad before the 1990s RCD release.

Since then, land use had changed, with the likes of open subdivisions and vineyards without rabbit-proof fencing, she said.

Now she was working as a broadcaster in Auckland, it was interesting to see the urban perception of rabbits and how people were worried about the wellbeing of their pet rabbits.

"We have to be PC about rabbits. It's quite hard when the only good rabbit is a dead one," she said.