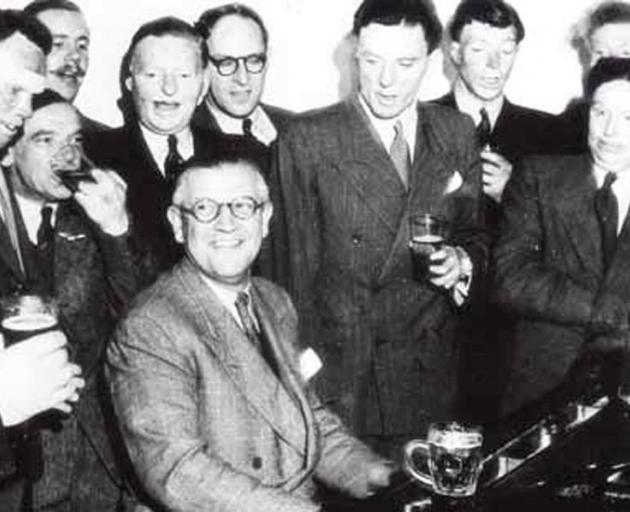 The New Zealand Film Commission has made a conditional offer of funding to the production of The Guinea Pig Club produced by Tim Sanders, directed by Roger Donaldson and written by Mike Riddell.

The Guinea Pig Club has been 13 years in development.

Mr Riddell, of Oturehua, said the story was possibly better known in the UK than in New Zealand.

"He is widely known in the UK ... he was knighted over there."

Sir Archibald, who was educated at Otago Boys’ High School and the University of Otago, was an early innovator in plastic surgery.

In defiance of the British establishment, he rehabilitated badly burned World War 2 air crew and other servicemen.

He founded the Guinea Pig Club for his patients who had reconstructive plastic surgery.

"In a biopic you’ve always got to find the essence of the character and the story."

A focus for the movie was the relationship between Sir Archibald and his young patients, some of whom were as young as 18.

"The remarkable thing about him was he was not only a brilliant plastic surgeon but he realised that these young guys whose faces had been melted were in absolute despair and had given up on a reason to live."

Sir Archibald’s main objective was to try to restore hope.

"So we’ve tried to illustrate that in the movie as much as we can."

"That wouldn’t go down too well today but in the context of the times he was trying to do anything he could to restore their will to live."

Other methods included installing a piano on the ward — "he always had music playing during operations".

Mr Riddell said filming locations had not been finalised but he believed most  would be in New Zealand and could include Central Otago.

Producer Mr Sanders said news of the funding from the New Zealand Film Commission "was great" but there was one more hurdle to clear before he could say they had a green light.

The final hurdle was an application to NZFC Premium Fund which would be making decisions in early May.

The amount of funding the project received would not be released due to commercial sensitivities.