Good sales for 'Queen of Goo' 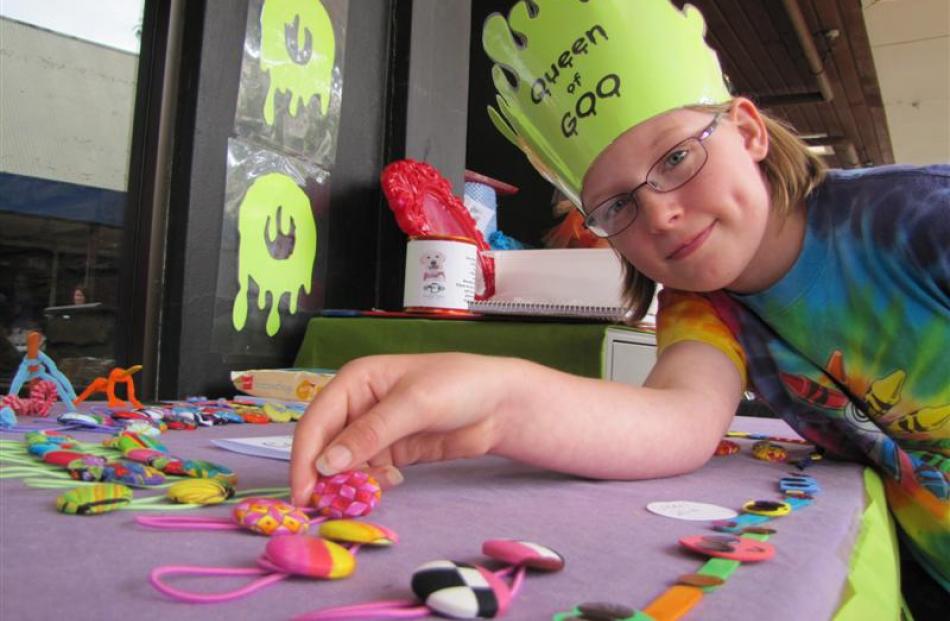 Eight-year-old hair-tie maker and ''Queen of Goo'' Kaia Hutchinson, of Cromwell, may have been one of the youngest to sell her wares at the annual town fair yesterday but she proved age was no barrier to a successful market day.

On a holiday to the Gold Coast two years ago, Kaia had spotted and played with a slimy, Silly Putty-like substance and decided she wanted to make it.

She has been selling the ''ooey gooey goo'' at markets since and has recently branched out into hand-made hair-ties, made with a bit of help from Mum.

Mum Vanja Cull had her own jewellery stall next to Kaia and said her daughter had done ''very well'' with sales.

Not all proceeds will line Kaia's pockets though - she gives a portion of every sale to the Blind Foundation, for guide dog training, and to Starship Children's Hospital.

''Stallholders were happy. It was a great day for sales, much better than last year,'' she said.

''I think because it wasn't hot and was a bit overcast and drizzly, people didn't go out on their boats and came to the mall instead.''

There were about 75 stalls, including those selling jewellery, clothing, art and food, as well as live music.