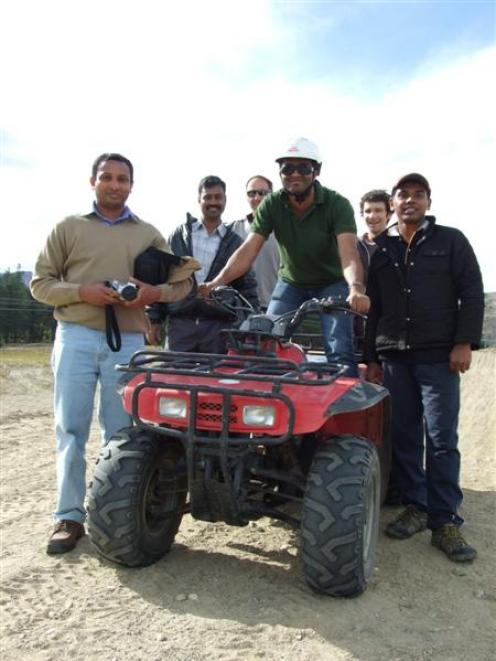 The 13 fee-paying students make up two-thirds of the latest intake for the national certificate of horticulture course and are here as part of a pilot programme developed by the polytechnic, Immigration New Zealand and the New Zealand Horticulture Industry Training Organisation.

The polytechnic's principal lecturer in horticulture, Alex Huffadine, said he already had employers lining up to hire the students.

They will spend a year in full-time study and the second year working within the industry to achieve an advanced certificate.

"It's a win-win situation for us," Mr Huffadine said.

"We can't supply enough graduates for the industry now, particularly in the full-time, skilled end of the industry. I'm not talking about seasonal workers."

"People don't look at primary industry as being very 'sexy'. It's not as popular as say, information technology or design courses. However, there are lots of jobs in horticulture and viticulture that we're looking to fill."

A further intake of Indian students was expected later this year, he said.

The certificate course was half theory and half practical.

Viticulture as well as horticulture were covered and graduates could expect to get work in orchards, vineyards, landscaping or maybe associated industries such as irrigation companies.

Central Otago was a supportive community and it was accepting of foreign workers, he said.

"It's really important to us to really get connected with Mother Nature and see what we can do to make a difference," Mr Ps said.

The students appreciated the welcome they had been given and were honoured to be chosen for the pilot programme.