Group at odds with plans for hall 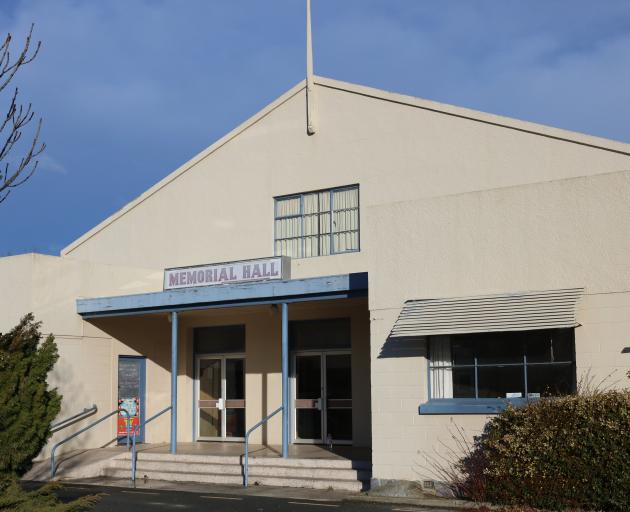 Presented in the consultation document, called Framing our Future, are options for a new arts, culture and heritage precinct in Cromwell.

It comes with a $31.5million price tag and comprises a $16million, 2000sqm town hall/events centre, a museum at $6million, and a further $9million for landscaping, demolition and project management costs.

Other options offered include a smaller 1200-1400sqm building or a 1100sqm redevelopment or rebuild of the hall.

Some of the 85 attendees at a meeting in the Lowburn Hall, hosted by the Cromwell Cultural Centre Trust, last week were ready to take their dissatisfaction to the streets.

Before that, they were urged to make submissions based on the general consensus the options presented by council were underwhelming.

The six-member trust was formed in 2019 from a group that came together after announcement of the Cromwell Masterplan, a council-led initiative that set out the future of Cromwell, including the Cromwell Memorial Hall.

Trustee Jocelyn Johnstone told the meeting the trust’s goal was a community owned, driven, developed, directed replacement, such as the much larger 3100sqm community-led project build in Balclutha, the Clutha Community Hub.

Trustee James Dicey told the meeting the 1959 memorial hall and plans for it had been the subject of discussion for 20 years.

"We’ve progressed quite a long way and we’ve been quite bullish."

Despite that, the trust had been unable to make inroads with the Cromwell Community Board or the CODC, and that included being shut out of meetings or discussions, he said.

All of the options presented by council fell short of what fast-growing Cromwell needed.

To even consider giving the existing hall a "bit of a tart up" was nota valid option, Mr Dicey said.

A price tag of $20million for a completely new centre was more realistic.

Comments from the audience traversed feeling ignored and unheard by council.

"I think we’d get on better if we called this the Alexandra Hall and just build it in Cromwell," one man said.

One woman called for a march, an idea Mr Dicey liked.

The council’s consultation document can be found at www.codc.govt.nz/your-council/framing-our-future