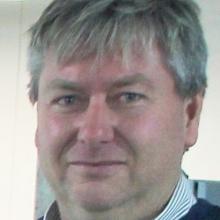 Tim Jones
It's looking like a bumper fruit season for Central Otago, and happy fruit producers may be in line to break some records.

"We’re 10 to 14 days ahead of where we’d normally be. The only thing that would affect that right now would be substantial rain.

So far, his cherry orchard in Cromwell had plenty of people knocking on the door for work, he said, and that was fine, because he might need more workers than ever.

It was looking like a great season for other fruits, too.

Apricot growers might pick two crops in a calendar year, which was nearly unheard of, he said.

"Two crops in 2017 — that’s happened only once before [to] guys that have been growing [fruit] all their life."

Jackson Orchards manager Kevin Jackson, of Cromwell, said his orchard was about two weeks ahead of  normal,  the earliest he had ever seen.

"It’s phenomenal, the temperatures we’ve had. We got a bit of rain on Sunday night but no more [this week]. We’re very happy at the moment."

His orchard was receiving more than 20 job inquiries a day, and he had  turned some job-seekers  away because they did not need so many labourers at this stage.

He said staff started picking peaches yesterday, but would not start on  apricots for about another week.

Clyde Orchards co-owner Kevin Paulin, of Clyde, said it was one of the earliest seasons he could remember.

"Cooler weather could slow it down but once you’re in December, the season is pretty much set."

He had enough workers to start the season, but would need more workers than usual between Christmas and New Year and hoped there would be plenty of applicants during  the holiday season.

Darling’s Orchards co-owner Stephen Darling, of Ettrick, said apricots were  the main crop and and picking would normally start in early January, but that might come forward to late December if the weather kept up.

Webb’s Fruit in Cromwell picked early variety apricots on Wednesday for the first time in November in 103 years.

The ODT has also reported in the past few weeks that the peony and berry seasons came  earlier than usual this year.