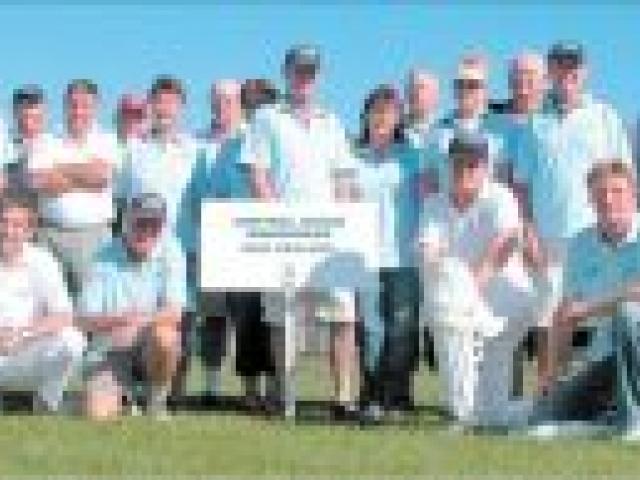 After three tours to Australia, two tours to England and competing in cricket tournaments in Sri Lanka and Canada, the Central Otago side is finally getting a turn to host international teams.

The side is competing in the Golden Oldies World Cricket Festival this week.

It played against an Australian team at Oturehua on Monday and then met a Sri Lankan team at Clyde on Wednesday.

The Wanderers team (or Cows for short) is mostly made up of ‘‘veterans'', all of whom played cricket in their younger days for Otago Country and some of whom represented Otago as well.

‘‘Most of our guys were good rugby players as well and I guess cricket is what you stick with when you're too old to play rugby any more,'' Cows captain Colin Buttar joked.

All of the team members originally lived in Central Otago, Wanaka, Queenstown or South Otago and they remain serious about their sport, travelling from throughout the South Island to get together for matches and tournaments.

‘‘I think you could say we're a team that does well; we win more than we lose,'' Mr Buttar said.

‘‘We also have quite a bit of fun and enjoy some very long trips home.''

It was special to play Wednesday's match on the home wicket at Clyde, with the side's final match of the tournament also on that wicket tomorrow.

‘‘It's looking a picture and the feedback from other sides that have used it during the tournament is good too,'' Mr Buttar said.

The eldest Cows players are in their 70s while the youngest is 45.

Former All Black Don Clark, of Cromwell, was the Cows player of the day on Monday for being the third batsman in a row to go out for a duck.

‘‘Batsmen Dave King, Doug Buttar and Don Clark, all out for a duck. Well, Dave wasn't actually out for a duck, I think he made 15, but once Doug went in I hardly had enough time to pad up before he was out and then there was my effort,'' Mr Clark said.

‘‘We're still getting a bat today [Wednesday] so they can't have been too concerned,'' Mr King said.

The side still managed to win its game on Monday and players were optimistic about the Sri Lankan game on Wednesday, which concluded after The News went to print.

The hat-trick duck trio said their cricket skills were as sharp as in their younger days.

The camaraderie was the best feature of the tournament, they said.

‘‘You're playing cricket with people you've known all your life and get to meet people from all around the world and enjoy their hospitality,'' Mr Clark said.