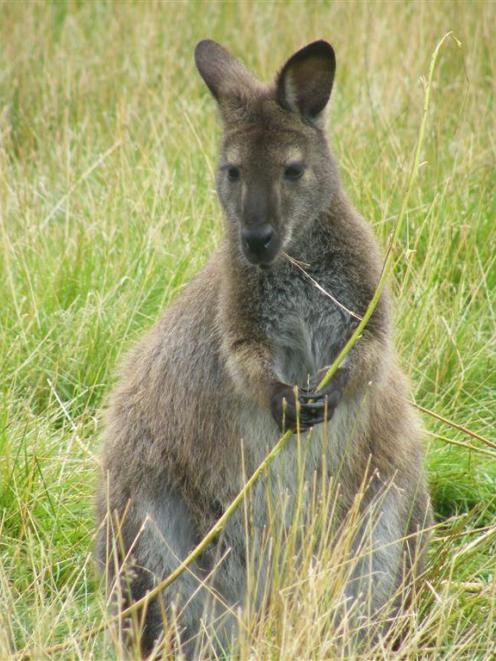 Photo ODT
The spread of wallabies is a serious concern and the last thing Otago needs is another destructive animal pest, a regional council director says.

``Given that at this stage, only wallaby sign was sighted, I would like to think, and certainly hope, that this is an isolated incident.

``We have not had any reports of people seeing live wallabies near Alexandra, which you would expect if there was an established population.

``Having said that, we are treating this sighting as serious and have offered resources to assist with their detection and eventual eradication.''

The council was very concerned wallaby tracks had been found at Galloway, Mr MacLean said.

``Landowners in that area in particular, have a hard enough time dealing with well-established pests such as rabbits.

``The last thing Otago needs is another destructive animal pest.''

Although tracks had been seen in the snow, the wallabies that made the tracks were not found, he said.

Council staff would work with the landowner to help with surveillance and detection. The council would continue to work closely with landowners and other agencies to prevent the pest from becoming established in Otago.

A helicopter was used to try to locate the wallabies and a motion detecting ``trail camera'' would also be used to monitor certain areas.

There are no known breeding populations in Otago but wallabies were discovered on the south bank of the Waitaki River in 2008.