Workers on the Roxburgh Dam — the rest of the Teviot Valley used to hum as much as the dam does. PHOTOS: JARED MORGAN
The Teviot Valley’s story is one of boom and bust. A gold rush, post-war settlement, a major public works project, and now a $30 million Government spend to investigate a multibillion-dollar proposal to expand Lake Onslow for pumped hydro storage. Some in the valley are excited; some have seen it all before. Central Otago bureau chief Jared Morgan reports.

That is the question being asked by Teviot Valley residents who are taking a wait-and-see approach to what has been tagged New Zealand’s biggest infrastructure project since the 1980s.

The Lake Onslow plan would cost up to $4 billion, take four to five years to build plus two years to fill the reservoir, could employ as many as 4500 workers at its peak, and indirectly produce thousands more jobs. 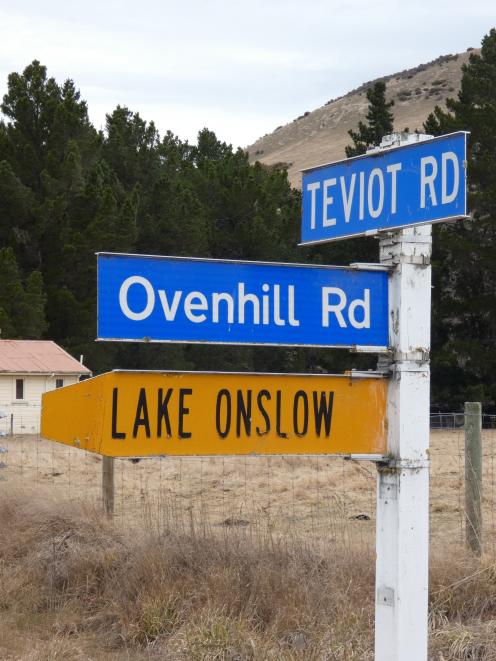 The road to Lake Onslow is closed in winter but may require an upgrade if a multibillion-dollar proposal to expand the lake goes ahead.

In making the announcement on Sunday Energy and Resources Minister Megan Woods said: "If a business case stacks up, pumped hydro would be a game changer for securing sustainable, cheaper, low-emissions electricity for the long term."

For those who live in the area the key word is "if".

Lake Onslow sits 700m above sea level and is inaccessible at this time of year.

Sitting at his home at Minzion Station in Millers Flat, Mr Macdougall likened the proposal to Alice going Through the Looking Glass.

Lake Onslow sits on land now owned by son Dougal at the top of the 45,000ha station

"Man alive, they are going to spend a lot of money just investigating it." 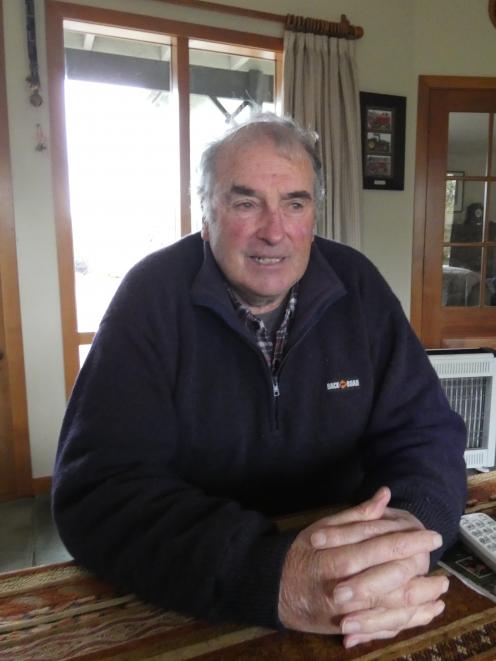 Peter Macdougall, of Minzion Station, says the proposal could be years in the making — if at all.

"Look at the Beaumont dam, they spent a lot of money and Labour knocked that on the head."

The Beaumont dam was one of four planned on the lower Clutha, first mooted in 1965, that have been shelved and revisited ever since.

He does not expect the Onslow proposal to move much faster.

"I think it is a long-term option."

Down the road, John Rowley, of Mt Teviot Station, said progress in Central Otago had always been "stop/start" and "boom/bust".

He suspected if the project went ahead it could be the same.

Mr Rowley sold the run block in 2004 but retains the 250ha homestead block which he leases out. Under the proposal, pipelines for the scheme would run through his land.

The former Otago Federated Farmers president, Central Otago District councillor and Teviot Valley Community Board member said it was not about him.

"If it goes through we’ll be treated kindly."

Rather, he said he saw this as another case of a central government project that would provide short-term benefit locally but the long-term gains from which would be experienced elsewhere in the country.

"We’ve not had a large-scale infrastructure project in the region since the Clyde Dam."

He said he believed the Teviot Valley community had been in recession since the 1980s and long-term benefits to the community needed to be included in the proposal.

"But any economic injection would be welcome."

That could also extend to the wider Central Otago district in the form of expanded or new irrigation schemes, potentially into the Maniototo.

The Teviot Irrigation Company has usage rights to the water in Lake Onslow, alongside Alexandra-based Pioneer Energy, which generates electricity along the Teviot River.

Teviot Irrigation Company chairman Mike Patterson owns the only dairy farm in Millers Flat and the only one connected to the scheme.

The scheme utilised sluicing races after the gold rush and expanded them for irrigation purposes to accommodate newly minted farmers who had returned from World War 1 and were given land.

Like the post-World War 2 Roxburgh Dam, it was a move by the State to bolster the New Zealand economy with the support of public works projects, following world events that threatened to send the economy spiralling into a depression.

The Roxburgh Dam, completed in the 1950s, is the last major Government spend in the Teviot Valley.

He was "50:50" on whether the scheme would go ahead and the irrigation company’s official stance was "neutral", he said.

Ten kilometres upstream on the Clutha River, the mood in Roxburgh is similar.

The town hummed in the gold rush and then in the 1950s, when construction of the Roxburgh Dam was under way. 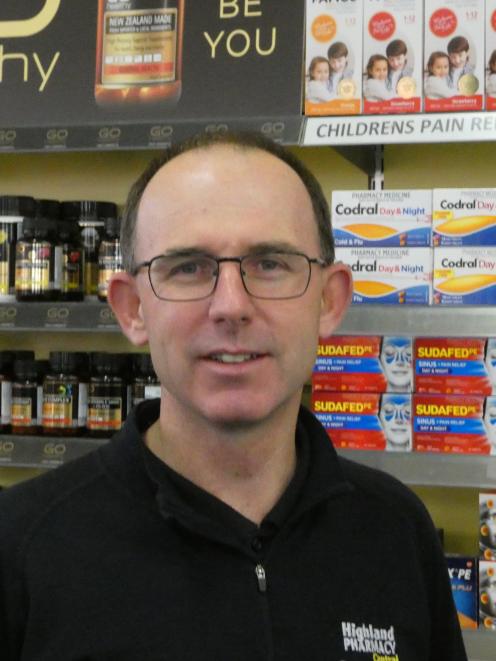 Pharmacist Alistair Forbes, of Highland Pharmacy, says reward from any investment in the Teviot Valley is a given.

Pharmacist Alistair Forbes, of Highland Pharmacy, said the infrastructure needed was a "major constraint" but believed a temporary village, like that constructed for the Roxburgh Dam, could be needed.

However, he was cautious.

"It’s an election year, I remain to be convinced."

The nature of the Teviot Valley, with its reliance on seasonal workers meant peaks and troughs in business was a constant but should the scheme go ahead and it brought more people into the valley it was a "no-brainer".

Scotland St business 103 The Store occupies perhaps the largest space in what is the town’s main drag.

Owner Sally Smith, who is on the advisory committee of the local chamber of commerce, said she was excited.

Her view was even if some of the $30 million tagged to the business case flowed into the town, it was money Roxburgh would never have had otherwise. 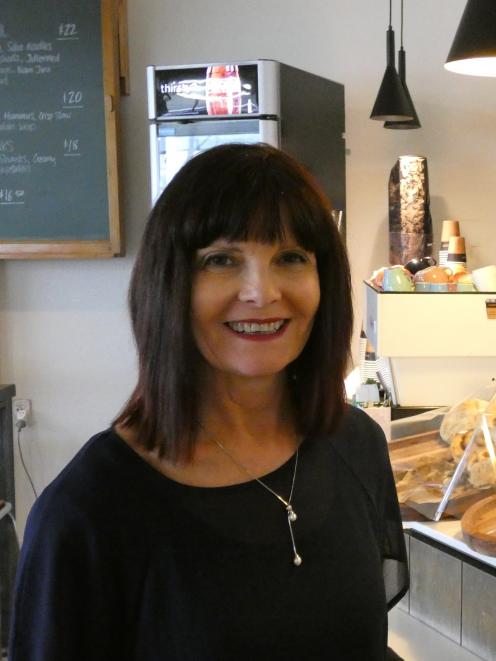 103 The Store owner Sally Smith says even if money from the $30million business case flowed into Roxburgh it would boost the town.

If the wider scheme went ahead it would accelerate the pace of the town’s development.

"It would bring things to town that wouldn’t have happened. 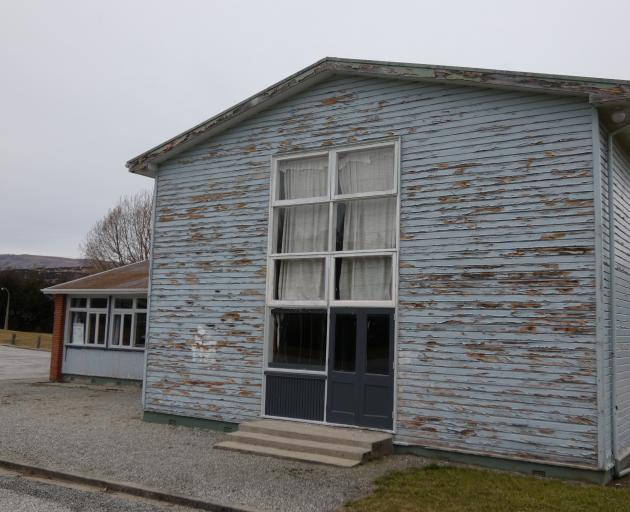 The Roxburgh Village Hall is one of the few public buildings left in the once thriving village built to house Roxburgh Dam construction workers. 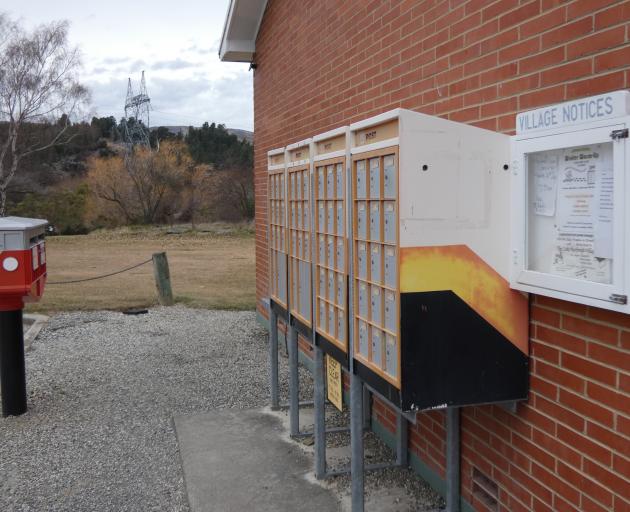 Post office boxes on the Roxburgh Village Hall. The hall is one of the few public buildings left in the village.

From a business point of view it inspired confidence, Mrs Smith said

The term "a long time between drinks" is apt for the Teviot Valley, given the long gaps between gold and then successive government injections into the area. The latest dry spell may be about to end.

For now, the valley waits.