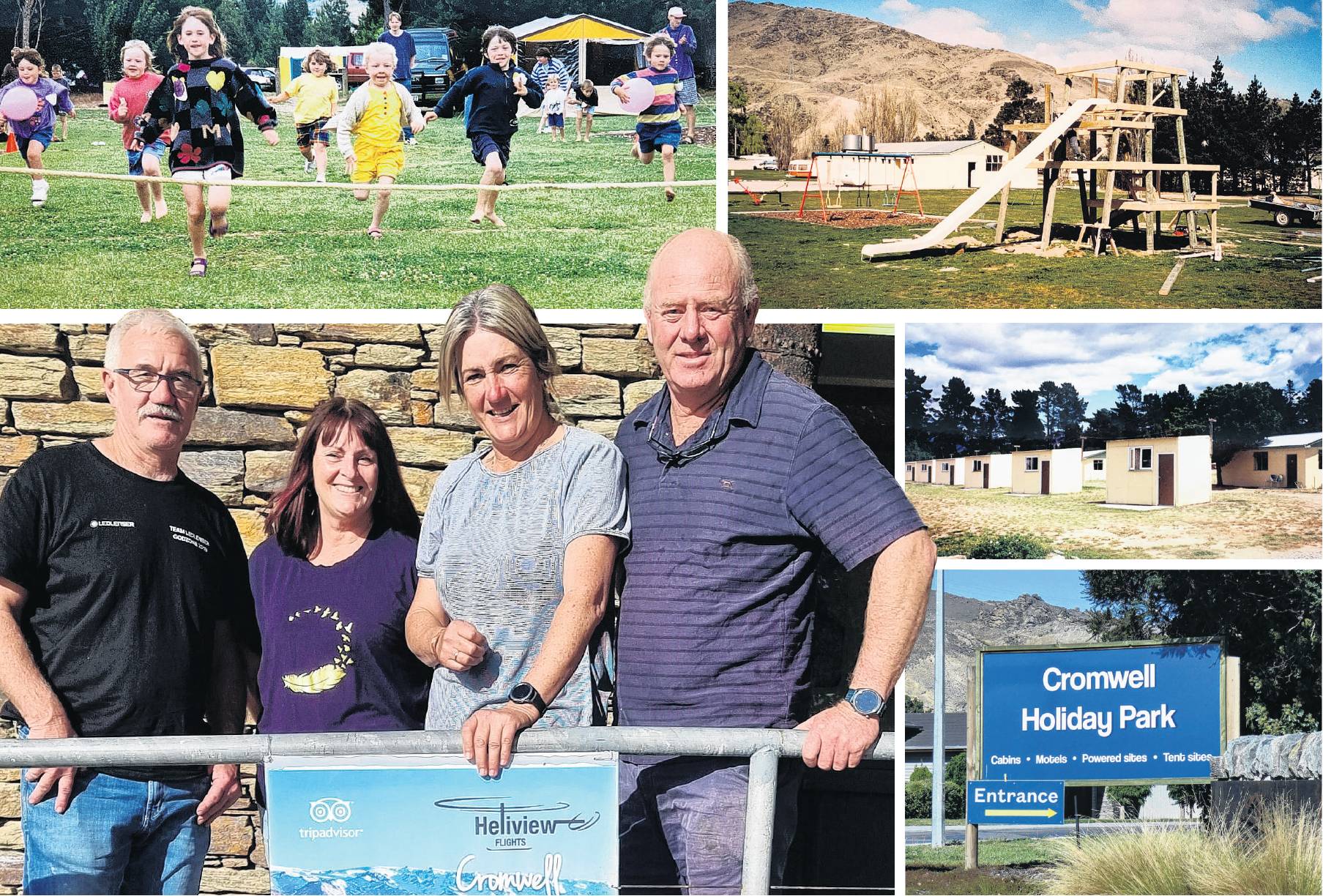 After 30 years of building cabins, improving facilities, creating playgrounds and providing aholiday for generations of families, Cromwell Holiday Park owners (from left) John and Kay Searle, Catherine Woods and Richard Wallis will say goodbye for good on Friday before the park makes way for more than 170 homes. PHOTOS: SUPPLIED
Generations of families have played, lazed and laughed at Cromwell Holiday Park.

But the fun will cease when the park closes its doors for the last time on April 30.

For close to 30 years the park has been owned by two couples, John and Kay Searle and Catherine Woods and Richard Wallis.

When they bought the park in January 1992 it was called Sunhaven and it spread across about 12ha.

Over the years they developed the park from a group of humble 1950s huts, rebuilding cabins, improving facilities, creating playgrounds and recreation areas.

They even moved a house and granny flat from Timaru on to the section.

Mr Searle said over three generations of families enjoyed the grounds and he had seen children grow up and then bring their own families to the park.

At its peak about 2000 people a night stayed at the park, and he estimated it had employed between 50 and 100 staff over the years.

About 200 caravans parked permanently on the site.

Mr Wallis said times began to change about 10 years ago, when they noticed an increase in the number of freedom campers. Competing with "free" was very hard for camping grounds.

Mr Searle said freedom campers also caused problems sneaking into the park to use the showers and toilets.

People offering accommodation also had an impact on the park, he said.

The owners had hoped to sell the site as a going concern, including making an offer to the Central Otago District Council, but most of the offers they received were from developers.

Reluctantly, they decided to move with the prevailing winds, and began developing the site themselves, as a subdivision, in 2019.

Mr Wallis said although some might assume the owners would take the money and run by subdividing, they would have much rather seen it remain as a holiday park.

From about 12ha the park was now reduced to about 2ha, and this final stage would begin to be developed when they closed the doors.

When the last stage was finished there would be about 173 homes on the 12ha site.

It will be a bittersweet moment for Mr Wallis when they finally close the doors.

A lot of "sweat and tears" had gone into the park and their own children had grown up on the site.

Mr Wallis wanted to thank the many campers and businesses that had supported the park over the years.

Mr Searle said the owners and their remaining eight staff would "have a bit of a drink" when it closed.

"Some are retiring and some are moving on."

Caught on camera stealing $200 of honey