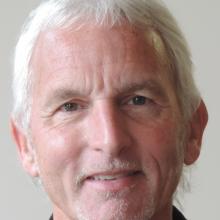 Michael Laws.
Unsuccessful Otago Regional Council candidate Gary Kelliher has reached the end of the line after his bid for a recount of votes was denied.

Five votes was all that separated Mr Kelliher,  a sitting councillor, from his nearest rival, former National MP and Wanganui mayor Michael Laws.

After Mr Kelliher’s application to a district court judge for a recount of the votes in the Dunstan constituency was declined yesterday,  Mr Laws’ election to the council was confirmed.

Mr Kelliher gave the "extremely close result" as his sole reason for seeking a recount but Judge Paul Kellar rejected that.

In a written decision yesterday, the judge said the closeness of the voting, by itself, did not provide reasonable grounds to believe the voting declaration was incorrect and that Mr Kelliher might be elected if there was a recount.

Judge Kellar said something more would be required by reference to the possibility of errors in the way the votes were counted.

Mrs Jordan  said in a statement electionz.com counted the votes, supervised by justices of the peace, during the preliminary and official early processing period, before noon on election day.

After that time, scrutineers appointed by candidates were able to attend.

Mr Kelliher did not appoint a scrutineer.

When it was obvious the result would be close, additional checks were done on the votes for Mr Kelliher and Mr Laws  before the final results were announced.

Mr Kelliher said electionz led him to believe a judge would accept a request for a recount because of the closeness of the votes.

"I have no grounds to otherwise question the robustness of the process or the integrity of those involved, and then be able to provide evidence of that would be impossible.  My request can only be on the closeness and the numbers, five votes difference over 22,000 voting papers."

It was obvious "the electoral system is well set up to protect itself from challenges", Mr Kelliher said.

Mr Laws said he and his family had lived the last fortnight in limbo and were relieved it was over.

"The final election results were regarded as accurate, and seen by a judge as such.

"To Dunstan constituents, I say thank you, and rest assured that I’m going to Dunedin as an active advocate for their interests."